A new book exposes the hollowness of many Western assumptions about China’s role in Central Asia. 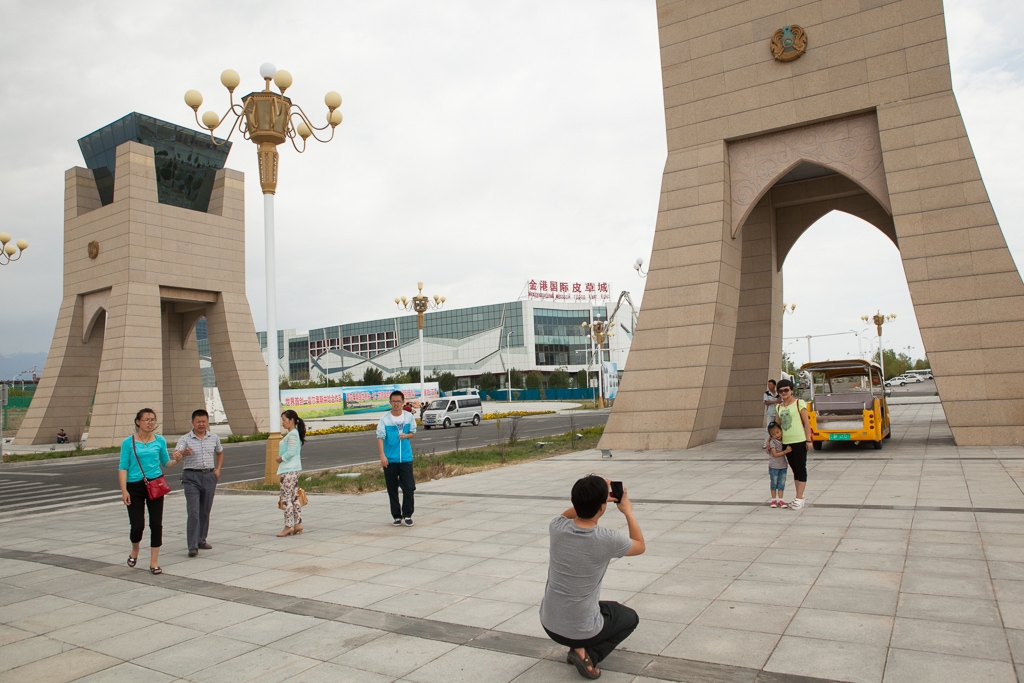 Western suspicions of China have fueled a tempting but flawed narrative: Beijing is on the cusp of establishing a new world order stretching across Eurasia and expanding ever wider through networks of Chinese business and trade.

Central Asia, in this view, is Exhibit A.

Yet subject to scrutiny, this storyline breaks apart.

A new book, drawing on extensive fieldwork, challenges such pat assumptions by holding a magnifying lens up to China’s role in Central Asia, the resource-rich former Soviet republics across the border from Beijing’s western domains.

Raffaello Pantucci and Alexandros Petersen did not set out to counter any narrative, however. Their fieldwork tracing how China’s economic expansion was reshaping Central Asia began before paramount leader Xi Jinping first laid out his Belt and Road Initiative during a visit to Kazakhstan’s capital in 2013.

Examining political, economic and cultural ties, Pantucci and Petersen find China accumulated its power in the region largely by accident: Beijing, they argue in Sinostan: China’s Inadvertent Empire, stumbled into its role as Central Asia’s most important modern partner.

For example, one chapter investigates the role of China’s Confucius Institutes – a frequent target of conspiracy and mistrust in the West – across the region. The authors find not only that the cultural centers lack any kind of cohesive policy or quality standards. Chinese officials and academics, it turns out, see them more as charitable efforts than ways to extend power. One Bishkek-based teacher was described as holding “the belief that China was bringing great opportunity to the region and that Central Asians should be more grateful for what they were getting from China.”

Such insights are particularly valuable to those who approach Central Asia from Moscow or the West, where hackneyed takes on the “Great Game” have long made Central Asia an imagined imperial playground.

Sinostan effectively separates China’s impacts on Central Asia from its motivations or designs. Beijing has not sought to conquer the region, but to develop it in a manner that benefits China. It is the power vacuum – particularly following the U.S. withdrawal from Afghanistan, but also Russia’s dysfunction – that has left Central Asia ripe for Chinese dominance.

Beijing lacked a coordinated Central Asian policy before 2013, when it viewed Central Asian relations as a question for the provincial government in Xinjiang, which borders the region, to handle on its own.

This changed when President Xi reordered Xinjiang’s administration in response to rising unrest – not because of tensions with America, Russian revanchism, or other geopolitical factors.

While Beijing first saw Central Asia in the early post-Soviet days as a source of resources, Pantucci and Petersen argue that Beijing’s engagement emerged from “trying to develop Xinjiang, but [finding that] in order to do this, it would need to encourage greater development in Xinjiang’s neighborhood.”

If the desire to control Xinjiang and seek new economic links explains how China turned outward to Central Asia, the country has not yet turned its economic heft into political hegemony.

That’s because it is too cautious, Sinostan explains. Central Asia is instructive here. The region is wide open to China, eager for investment, but China is not rushing to fill the void.

Beijing does not see itself supplanting Russia. Russia is a regional power to be managed, not an impediment: Moscow needs Beijing more than Beijing needs Moscow. That is even more true after Russia invaded Ukraine, thereby cutting ties with the West.

When it comes to regional groupings like the Shanghai Cooperation Organization (SCO), Beijing’s approach is “cautiously incremental” – in contrast to Russia’s often ham-fisted attempts to maintain colonial dominance. Beijing actually prefers the SCO do little. This makes China part of the regional institutional furniture, bringing senior leaders together for regular meetings, while avoiding controversy. As one Beijing-based think tanker says of the SCO: “to not do anything is to do everything.”

Likewise, take China’s non-response to Russia’s quasi-imperial Eurasian Economic Union, a trade bloc of five former Soviet nations. When Moscow launched the EAEU in 2015, Beijing was confident it would change little. Sure enough, a brief dip in China-Central Asia trade followed, and then China again resumed its role as the region’s dominant trade partner and source of foreign direct investment.

Sinostan should not be misread as a dovish take. It is an extensively researched telling of Beijing’s rising power in Central Asia, unvarnished by agenda or a desire to construct smooth grand narratives.

Pantucci acknowledges that many of the conclusions are his – Petersen was tragically killed in a terror attack while teaching at the Afghan National University in 2014. In the preface Pantucci says his friend and colleague “likely had a more Washingtonian perspective on Beijing and might have been less forgiving.”

Even so, the book lays out a convincing case for viewing China as a “detached” regional power. Central Asia may be the ‘belt’ in the Belt and Road Initiative, but it is a loose fit.