A border commission, including Russian mediation, is in the works. And given the sensitivity over issues of land and territorial concessions, it’s going to have its work cut out. Post-War Report. 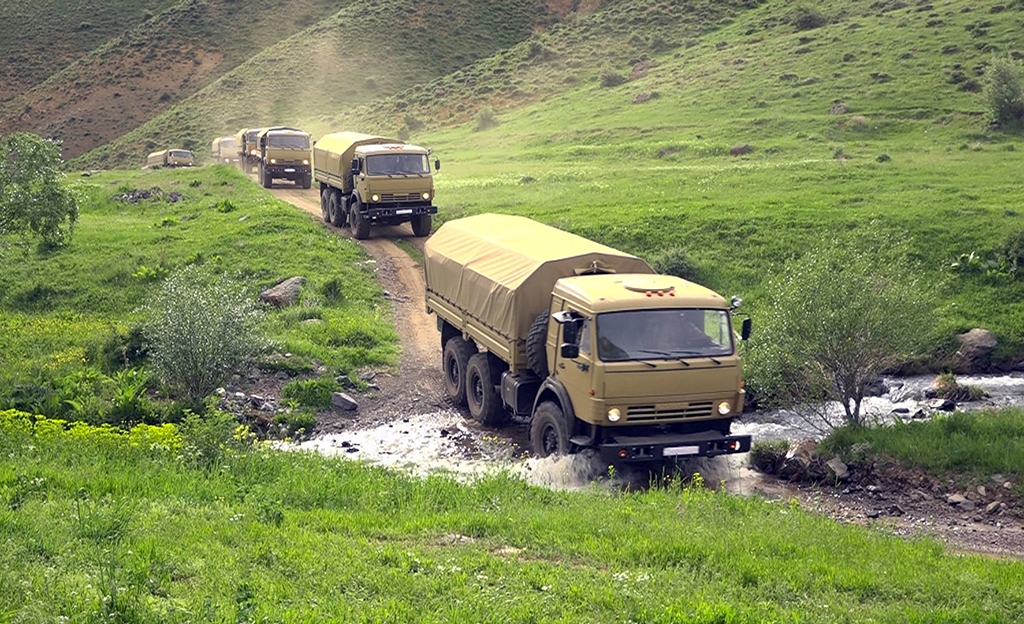 Quickly after a Russia-brokered ceasefire agreement was announced last November to end the fighting between Armenia and Azerbaijan, some Russian media printed the text. One of the provisions was that Armenia would, by November 20, “return to the Azerbaijani side the territory held by the Armenian side in the Gazakh region of the Azerbaijani republic.”

But when the Kremlin posted its official version of the agreement a few hours later, any reference to the Gazakh region was missing. There was no explanation of the discrepancy, and for the most part the question of Gazakh was forgotten amid the myriad other disputes that have emerged since the signing of the ceasefire.

Now, though, it’s back. Azerbaijani semi-official sources have been increasingly calling attention to their claim on the small, Armenian-controlled slivers of territory in the region, and an Armenian opposition gadfly (with a good track record of accuracy) made the explosive claim this week that the Armenian government was preparing to give them back to Azerbaijan.

More than a thousand people gathered in the central square of Stepanakert – a massive demonstration given the city’s size – on May 20 to protest, with signs like “Giving up land is treason.”

So is Armenia going to give up more territory?

At issue are several small bits of land along the northernmost part of the Armenia-Azerbaijan border. In Soviet times they were inhabited by ethnic Azerbaijanis and were administered by the Azerbaijan SSR. But as tension between the two sides escalated in the late 1980s, and ethnic violence broke out between Armenians and Azerbaijanis throughout both republics, Armenian militias managed to expel the Azerbaijani residents of these border areas and since then Armenia has exercised de facto control over them.

The area is strategically sensitive, as the main road leading from Tbilisi to Yerevan passes through it. (Google Maps, in fact, refuses to navigate you through there, as it sees the route as crossing into Azerbaijani territory.)

These tricky areas along the northern part of the border include three enclaves of Azerbaijani territory that were completely encircled by the Armenian SSR, along with some other villages that Armenians took control of that had been contiguous with the Armenian SSR. These are not the only difficult border vestiges remaining unresolved. There is another Armenia-controlled Azerbaijani enclave, Karki, near Nakhchivan (it also is located on a strategic road, from Yerevan to the south of the country; Armenians call it Tigranashen). There also is one Armenian enclave now de facto controlled by Azerbaijan, Artsvashen.

As evidenced by the mention in the early version of the ceasefire agreement, Azerbaijan still harbors hopes of regaining control of the territories. It’s not clear why the reference to the Gazakh territories was removed before the agreement was finalized, but the other substantive change was more favorable to Baku: It specified that the Lachin corridor connecting Armenia to Nagorno-Karabakh would be controlled by Russian peacekeepers rather than by Armenia.

Even after the enclaves were removed from the agreement, they remained a talking point in Baku. “Seven villages in Gazakh and one village in Nakhchivan are not mentioned in the document,” one military analyst, Adalat Verdiyev, told local media in December. “However, those territories will be returned soon. This is inevitable."

And following the border crisis that began last week, when Azerbaijani forces advanced several kilometers into territory along the southern part of the two countries’ border, the question of the Gazakh villages jumped back into the public discussion. It has mainly been deployed by Baku as a what-about argument to counter Armenians’ complaint that the Azerbaijani soldiers have crossed into their territory.

The question became a lot more urgent when Mikayel Minasyan, a critic of the current Armenian government (he is the son-in-law of former President Serzh Sargsyan) this week said that Acting Prime Minister Nikol Pashinyan was ready to sign an agreement with Azerbaijan that would include handing over “six villages.” (Minasyan didn’t specify which ones, but everyone interpreted it as a reference to Gazakh). He also leaked a heavily redacted draft of the deal. Pashinyan confirmed that there was an agreement in the works, but didn’t comment directly on the question of the villages. His economy minister, though, denied that the villages would be handed over.

Minasyan has consistently come out with sensitive information that is later confirmed to be true. But giving up territory a month before elections would be political suicide for Pashinyan, so it’s hard to guess what is really going on. (Minasyan did claim, though, that Pashinyan was trying to word the agreement on the handover such that it would be “unnoticeable” ahead of the vote.)

What is clearer is that the question of the villages is becoming yet another condition that Baku is putting forth (and sometimes creating out of nothing) in the complicated bargain into which it’s trying to force Yerevan. In exchange for what Armenia wants – above all, the return of the Armenian soldiers and civilians still being held in Azerbaijani detention, but now also the withdrawal of the troops Azerbaijan deployed into the southern border area – Azerbaijan has demanded that the Armenians give them maps of land mines laid during the war, a withdrawal of Armenian military forces from Nagorno-Karabakh, and a sped-up timetable for opening new transport routes to the Nakhchivan exclave through Armenian territory.

Formal demarcation discussions between Armenia, Azerbaijan, and Russia reportedly began on November 26, but little is known about their progress since then. They seem not to have gotten too far, since the events of the last week have given rise to public disputes over whether Russia is even involved.

Pashinyan said that the Azerbaijani incursion showed the need for Russian involvement in the process. “Azeri propaganda has recently been trying to promote the idea that border adjustment should take place in a bilateral format. It is impossible for the simple reason that Armenia and Azerbaijan, in fact, have no relations with each other,” he said on May 17. “Border adjustment should take place in a tripartite format, on which several agreements have been reached so far.”

The same day, Russian Foreign Minister Sergey Lavrov said that the situation in southern Armenia was the result of “the absence of a border, which needs to be delimited and demarcated.” He added that Russia was offering “cartographic materials and consulting services” to the two sides. But later that day, his deputy Andrei Rudenko said that Russia would offer its help only if both sides wanted it.

Two days later, Lavrov expanded on Russia’s involvement, saying that Russia had helped create “a joint Armenian-Azerbaijani commission for delimiting and demarcating the border, in which Russia can take part as a consultant, a mediator if you like.” Then, the document that Minasyan leaked specified the creation of a trilateral border commission, including Russia. According to the draft, the commission is supposed to have its first meeting on June 30.

It's not hard to predict a rocky road for the process. Baku has been pushing every advantage it can against a weakened Yerevan, and the Armenian authorities will be under intense public pressure to not agree to anything that even looks like a capitulation. The lake that is the center of the current border dispute and these various enclaves in Gazakh and elsewhere are sure to be only some of the points of contention. The commission has its work cut out for it.