Borrowing blind: Why we don’t know how much Eurasia owes China 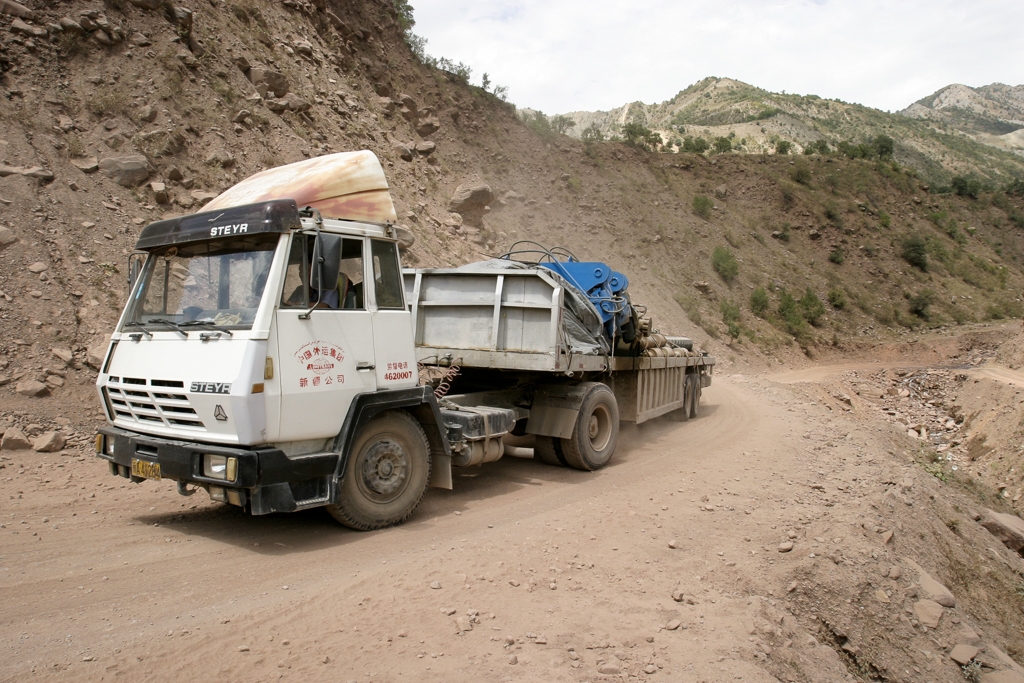 Blindfolded on the Belt and Road (David Trilling)

The governments of developing countries like Kyrgyzstan and Tajikistan owe China far more than previously realized, likely more than they realize. About half of all Chinese loans are hidden from public scrutiny because of Beijing’s opaque accounting systems. Globally, in the decade to 2016, these shadowy funds totaled some $200 billion.

These are among the findings of a recent working paper published by the National Bureau of Economic Research in Cambridge, Massachusetts: "China's Overseas Lending,” by Sebastian Horn of the University of Munich, Carmen M. Reinhart of Harvard’s Kennedy School, and Christoph Trebesch of the Kiel Institute for the World Economy.

How does this happen?

Almost all Chinese loans are issued by state-controlled banks. When the China Export-Import Bank, for example, funds a project in Kyrgyzstan – say a road – it usually pays the Chinese contractor tasked with building that road directly. Because there is no transfer of cash abroad, there is nothing for the Bank of International Settlements, a club of central banks, to record. In any case, China only began reporting cross-border transfers to the BIS in 2015, and then declined to detail bilateral transfers. Private financial institutions also do not track government grants and loans, which make up the vast majority of Chinese spending in developing countries.

"As a result, the debtor countries themselves have an incomplete picture on how much they have borrowed from China and under what conditions."

To attempt to fill in the blanks, Horn and his colleagues scoured databases maintained by academics and think tanks to compile a list of 1,974 Chinese loans and 2,947 Chinese grants to 152 developing countries. Cross-checking these disbursals against what China does report to the IMF and World Bank and what it began reporting to the BIS in 2015, they found "that 50 percent of Chinese overseas loans are not recorded by the World Bank and thus do not enter officially reported debt statistics."

This lack of transparency sows risk far and wide.

For a recipient country that doesn’t know what it owes, it’s hard to plan to service these debts. The unpredictability is compounded by the fact that China often lends at commercial rates (more than half of loans in 2000-2017) and in dollars (85 percent of those loans). Countries with a weakening currency – like Central Asia’s poorest – will struggle to service a loan denominated in dollars. The Tajik somoni lost over 76 percent of its value in this period, the Kyrgyz som 32 percent.

For other investors, such uncertainty should be a red flag on any sovereign bond prospectus. "These hidden overseas debts pose serious challenges for country risk analysis and bond pricing," the authors write. Bond buyers also may wonder where they stand in the pecking order should a country default. "Private investors may not appreciate the extent to which they are junior to the Chinese government."

Indeed, China is not making these giant loans with hopes of financial yields, Horn and his coauthors argue, but for access to commodities and geopolitical clout. Some have compared Beijing’s Belt and Road spending spree to the Marshall Plan after World War II – an influence long game. But there are more worrying parallels: Uncoordinated Western credit in the 1970s during a series of global shocks fed debt crises and sovereign defaults. "Today’s debt levels in the developing world look dangerously close to their level in 1981, just before the so called ‘Third World Debt Crisis’ broke out. This is particularly true once we add ‘hidden’ Chinese debts.”

The paper ranks countries most indebted to China. Kyrgyzstan lands at number five globally, Tajikistan 20, Turkmenistan 23, and Uzbekistan 40. A dataset accompanying the paper shows that Kyrgyzstan’s debt to China alone tops 30 percent of GDP. Still, the authors believe they are undercounting the debt stocks.