What do these three things have in common: a Kyrgyz gold mine, a Malaysian Ponzi scheme, and canned camel milk? If you said the Belt and Road Initiative, Beijing wants a word with you. 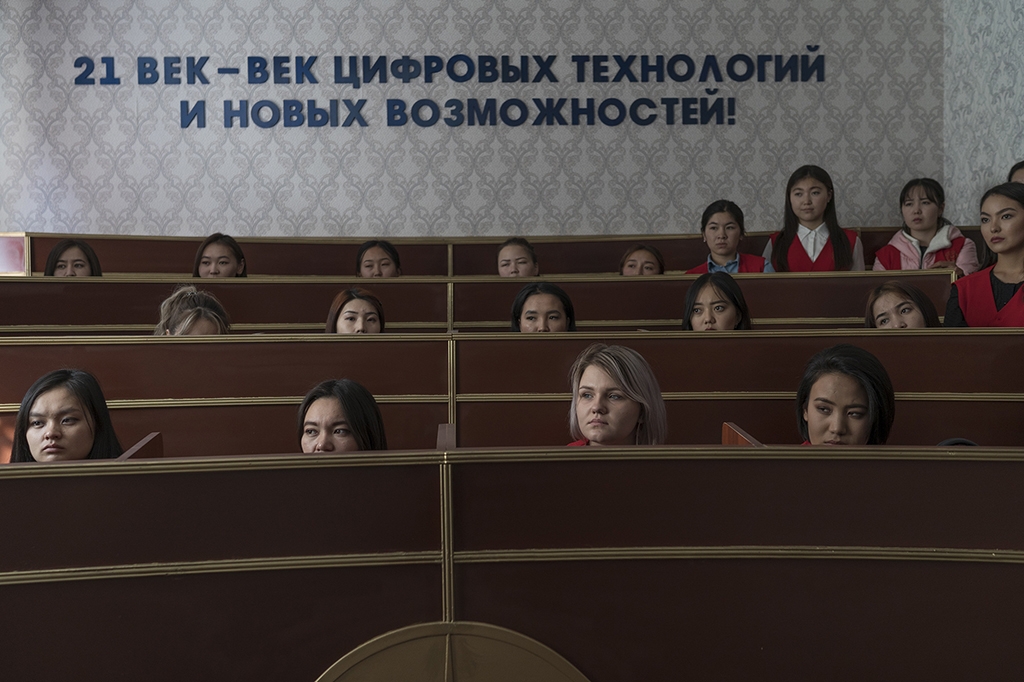 Students attend a workshop at the Central Asia International Digital Asset Exchange in Bishkek. The Exchange advertises itself as part of the BRI, but officially is not. (photos: G-Jun Yam)

Last summer, Zijin Mining Group, a Chinese state-owned minerals giant, erected a billboard on the highway from Bishkek to Lake Issyk-Kul, one of the most heavily travelled roads in Kyrgyzstan. The sign promoted Zijin’s Taldybulak Levoberezhny gold mine, claiming it was part of Beijing’s continent-spanning, era-defining Belt and Road Initiative.

Except neither Zijin nor its gold mines are part of the BRI as far as China is concerned. A few months later, the billboard was gone and Zijin’s website had been scrubbed of BRI keywords.

Beijing is cracking down. Though its officially stated concerns have varied from case to case, the general effort seems to be geared at keeping the name of the government’s signature project as clean as possible.

Since Chinese leader Xi Jinping announced the BRI in 2013 – initially as the Silk Road Economic Belt and the 21st Century Maritime Silk Road, and then combined into the One Belt, One Road initiative, as it is still known in Chinese – the project has become ubiquitous, but not universally welcomed by any means. An immense network of global interconnectivity, from transportation infrastructure to communications lines, it is China’s preeminent strategic development plan, an effort to redraft the rules of international trade and information technologies. Under Xi’s guidance, Beijing is underwriting projects ranging from highways to deep-sea ports to mass-surveillance technology around the world. With a budget estimated as high as $900 billion, according to one source, Beijing is subcontracting work not only to state-run companies but private ones, too, often with generous financing.

The term BRI is used globally to describe China’s ambitions and open wallet. But there is no clear definition of what makes a BRI project and this has led to consternation on Beijing’s part. In 2015, the State Information Center, a Chinese government think tank, began adding the BRI label to particular projects. In 2017, the government, for the first time, warned businesses against misappropriating the BRI label to “accumulate wealth” through “clever” schemes.

Complicating the state’s bid for clarity, it is private companies that lead BRI efforts. Of the BRI-related projects surveyed in a 2018 Chinese government report – and thus given the imprimatur of officialdom – 80.6 percent were carried out by private firms. (Official sources speak of “BRI member” states, but that means little other than that a country hosts a BRI project. The official list includes 137 countries and 30 international organizations.)

As confusion reigns, private companies, both Chinese and foreign, leverage the catchall phrase – whether to claim bragging rights or perpetrate outright scams: “One Belt One Road camel milk” produced with “German technology” in Kazakhstan; a Ponzi scheme appealing to Chinese tourists in Malaysia, disguised as part of the BRI; that Kyrgyz gold mine. Nowadays, for every project lumped into the BRI – just because it’s financed by a Chinese bank, or a Chinese contractor is providing the laborers, or a hack thought it sounds good – there must be a thousand confused people wondering what, exactly, is the Belt and Road Initiative. 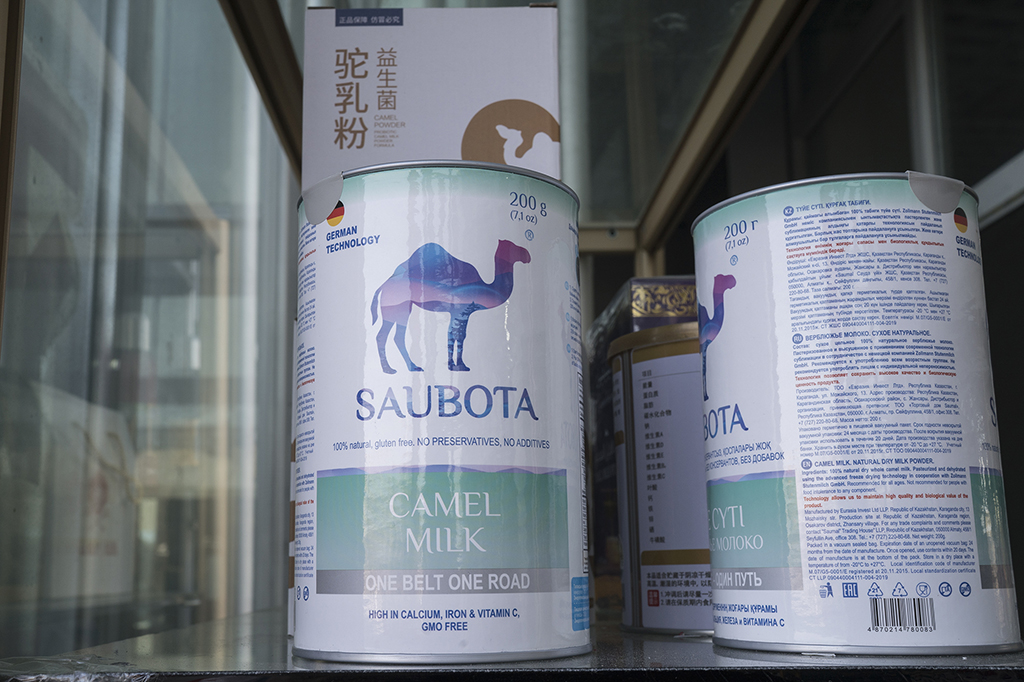 By the time Zijin’s billboard briefly appeared in Kyrgyzstan, Beijing had had enough. Over the summer authorities fined Youlian Wanjia Technology Group, a Beijing-based venture capital firm, for describing itself as part of the BRI, among other misleading claims. “It is easy for the [company’s] audience to think that the company is powerful or has some connection with the People's government and the military,” reads the ruling, which marked the first such sanction.

Apart from tarnishing the BRI name, some attempts at BRI freeloading risk compromising China’s broader soft-power capabilities in Central Asia as well. To combat the ill effects, Beijing now publishes a blacklist, flagging organizations deemed unscrupulous. Again, it is in part the BRI’s magnitude and China’s immense wealth that make the narrative so hard to control.

In Bishkek, for example, Dolon TV, which has close to 100 employees in the city, offers Kyrgyz subscribers a package of some 80 channels, mostly Chinese, often dubbed into Russian. The station does not widely advertise that it is owned by Zhang Sulan, a Chinese national from Zhejiang. Shortly after President Xi announced the BRI, Dolon TV began partnering with China Central Television’s (CCTV) Silk Road TV Alliance to broadcast light documentary fare on the history of trade in the region.

For Beijing, this works fine until someone using the BRI name damages its reputation.

In some cases, the allure of the BRI seems to collide directly with China’s national policies, posing a thorny but classic challenge of globalization.

Last summer, for example, the Central Asia International Digital Asset Exchange – which advertises itself as part of the BRI, but officially is not – opened in Bishkek. It offers a platform for investors in China to finance projects in the region using a cryptocurrency established by the center: the Central Asian dollar.

The Chinese government vocally disapproves of cryptocurrencies and has had over 170 banned in Chinese cyberspace. Yet it cannot control the Central Asian dollar, a Chinese manager at the exchange explained to Eurasianet: “It is not illegal because it is a cryptocurrency abroad that finances a Chinese company.”

Adding to the confusion, the Digital Asset Exchange is not a private business: It is a parastatal organization run by the regional government in China’s Shanxi Province designed to help digitize Kyrgyzstan. It makes its money by charging a small commission on each cryptocurrency transaction.

The exchange gives a perfect snapshot of the BRI’s unwieldiness for Beijing: “I came here because of the Belt and Road Initiative,” the Chinese manager said. Yet, for China, its existence is surely an unfortunate side effect that needs managing, rather than a shining star of its BRI mission.