Recent growth indicators seem impressive only compared to the disaster that was 2020. 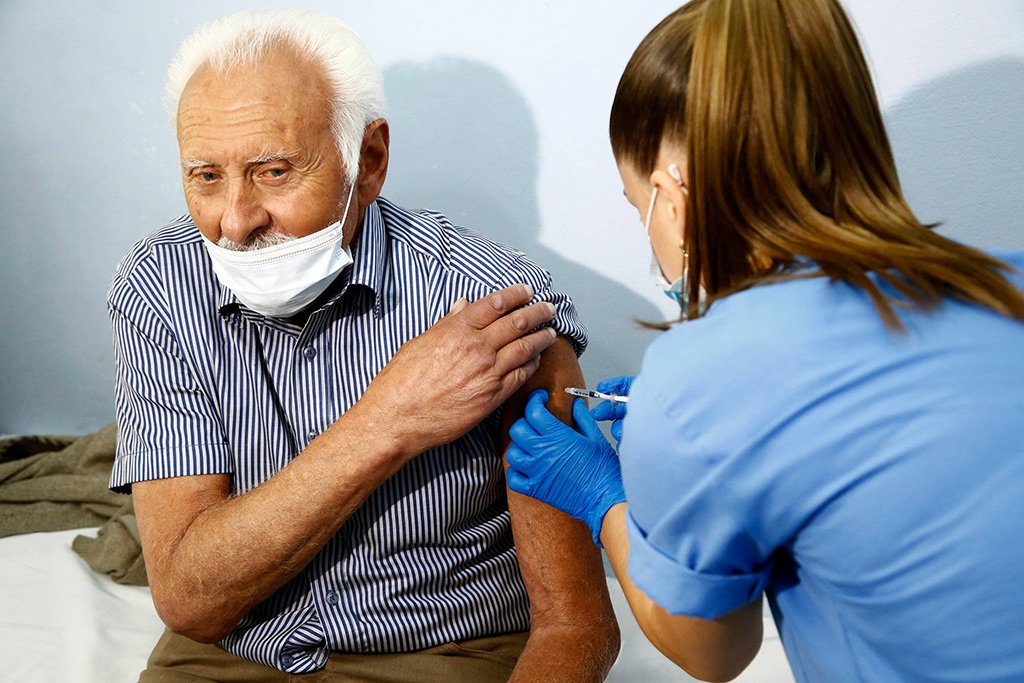 A member of the 2.4 percent (Georgian Health Ministry)

Georgians are finally allowed to show their faces al fresco after eight months of mandatory masks. The nightly curfew will be lifted by the end of this month, and the pandemic-ravaged economy has begun displaying a heartbeat. But full recovery is a distant hope.

While the latest wave of coronavirus wanes, Georgia is still reporting more new cases than its two comparatively sized neighbors, Armenia and Azerbaijan, added together. A sluggish immunization campaign puts the economy at continued risk. And the dreaded Delta strain, thought to have originated in India, is quietly taking hold.

Like other tourism- and services-dependent economies, Georgia was hit hard last year. Output, which had reached $17.5 billion in 2019, shrunk by 6.2 percent. Foreign investment plummeted. The poverty rate increased over 5 percentage points, says the World Bank, and unemployment topped 20 percent.

The nation went into borrowing overdrive and foreign debt hit a record high of over $8 billion, says the Finance Ministry. Total government debt came perilously close to the legal borrowing cap (60 percent of GDP). Inflation is at a 10-year high.

Economic activity began to rebound this spring amid a gradual easing of restrictions and an increase in international travel. Measured against the crash in April 2020 – a low baseline – the economy jumped a whopping 44.8 percent year-on-year, and the trend is expected to hold through the summer as tourists trickle back to Georgia and many businesses that had been forced to close – such as indoor restaurants and gyms – have resumed operations.

But these growth indicators seem impressive only compared to the disaster that was 2020. The World Bank says Georgia’s overall economic output is unlikely to recover to pre-COVID levels until late 2022 and much will depend on how much luck the nation has securing vaccines. “The pace of Georgia’s recovery beyond 2021 will be contingent on vaccine rollout and the restoration of international trade and investment,” the World Bank’s regional director said in March.

The inoculation campaign has picked up steam since then, but delays persist. Scores of Georgians who went to get their shots this week were turned back when clinics ran out of AstraZeneca jabs. In any case, those are only available to people over age 45. Younger people have little choice but to accept Chinese vaccines that are the focus of increasing skepticism for failing to prevent outbreaks in other developing countries, like Mongolia and the Seychelles.

And the government is under pressure to jump-start the economy. Tax revenues remain low and international assistance barely kept up with increased healthcare spending and social and business aid. Apart from the government’s debt pile, many households and businesses have their own loans to pay.

The rebound could also stall if another wave rolls in and lockdowns are resurrected. With only 2.4 percent of its population fully inoculated, and most restrictions being dropped against the advice of the country’s top doctors, Georgia remains at high risk. Healthcare officials warn that a new wave may hit by the end of summer, just as schools are expected to reopen.

“We’ve seen this movie before,” one Georgian reacted on Facebook to the latest easing of restrictions, referring to the country’s experience last summer. “People will go on holidays, gather without masks and spread the virus. Then we will all come back in fall for more lockdowns.”