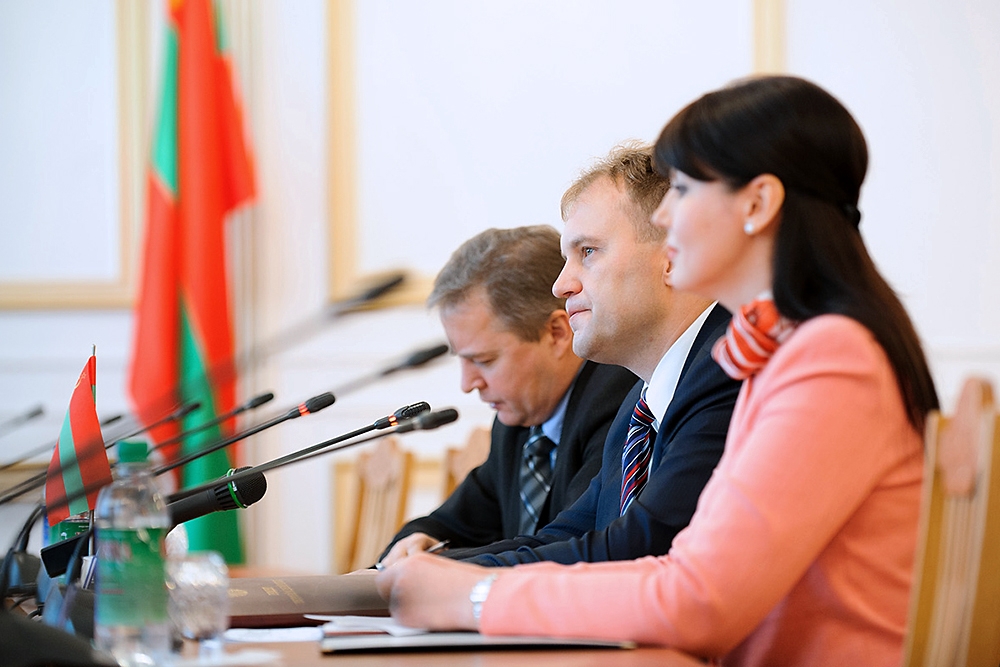 Fifty-eight-year-old Veronica Zinici, a pensioner from the separatist territory of Transnistria, recently traveled to the Moldovan capital Chișinău to seek medical treatment. She also brought with her a tale of hardship.

Zinici told EurasiaNet.org that she stopped receiving Russian-supplied monthly pension-supplements of 200 rubles ($3.16) last summer. With lower pensions and “considerably higher” prices for food, utilities and medicine, life in the breakaway, pro-Russian territory is becoming increasingly hard. "Luckily, we're living in a village and we have vegetables, [and] fruits [planted] around the house and we can survive with that,” she said.

Zinici’s story is far from an exception for Transnistria these days. The region is home to a few hundred thousand residents, most of them ethnic Russians and Ukrainians. It secured de-facto independence from Moldova in 1992, when local separatists, backed by Russian military units, beat back the Moldovan army. Since then, the territory’s survival has depended on the presence of Russian peacekeeping troops and on Kremlin subsidies.

Now, as Russia wrestles with its own economic woes, the Russian government’s ability to underwrite Transnistria – along with other client entities, such as Abkhazia and South Ossetia – is coming under increasing pressure. Russian budgetary cuts already have been announced.

Many believe that Russia has no choice but to decrease its payouts to the breakaways. In late January, the pro-Kremlin Russian daily Nezavisimaya Gazeta reported that Moscow refused to extend Transnistria $100 million in assistance. It cited an anonymous source in Transnistria’s de-facto legislative body, the Supreme Soviet.

The Russian government has not confirmed the report. Some Moldovan experts, meanwhile, deem it credible. Moscow traditionally has provided over 70 percent of Transnistria’s budget, according to estimates.

"Judging by the difficult economic situation and the continuous deterioration of [conditions in] the Transnistrian region, especially after the crisis from Ukraine and the collapse of the Russian ruble, the information seems plausible," commented Ion Tornea, an economic analyst at Chișinău’s Institute for Development and Social Initiatives, an independent think-tank.

“The Russian Federation is in a multilateral crisis and it can’t allow money to be flung around left and right,” said Oazu Nantoi, director of the Institute for Public Policy in Chișinău.

A senior Transnistrian politician maintains that Moscow still is committed to helping the region -- just not to the extent that it once did. These days, gas is no longer supplied for free and pensioners cannot travel for free on public transportation, noted Dmitry Soin, a member of the region’s de-facto Supreme Soviet. Public-sector salaries were slashed by up to 20 percent last summer, and pension-supplements stopped.

Soin warned that the loss of Russian aid on top of these cutbacks could “lead the unrecognized republic to an economic disaster.” Tiraspol already faces a $404 million (4.48 million Transnistrian rubles) budget deficit, based on its draft budget for 2015.

Transnistrian leaders are leaving no stone unturned in the search for new revenue streams. As of March, separatist officials will require cars registered outside of Transnistria to possess a “green card” when entering the territory. As a sign of the need for cash, the fee-based cards will apply first to cars from the European Union. In the Transnistrian capital Tiraspol, reports are circulating that new taxes will be imposed on “those who do not study and do not work in Transnistrian institutions,” according to a family whose son goes to high school in Moldovan-controlled territory. The reports could not be independently confirmed.

In a February 12 interview with the Russian state news agency TASS, Transnistria’s de-facto leader, Yevgeny Shevchuk, acknowledged that “the prognosis for our economy for the first half-year [of 2015] is negative.” Industries have suffered losses and, in some cases, stopped production, he added. Local exports to the Russian Federation were 3.5 times lower in January than for the same period in 2014, according to data from the de-facto Transnistrian government. Trade with Ukraine and Moldova proper is also lagging.

Shevchuk claimed that residents understand that a “re-planning” of Russia’s budget is underway. He offered reassurances that “humanitarian projects” would continue, but did not elaborate.

The European Union could be a source of economic relief, some believe; Shevchuk claimed that 30 percent of Transnistrian exports already go to the EU. Boosting EU trade turnover, however, would seem to require a policy realignment. The EU has lifted duties on goods from the territory, but the deal expires in January 2016. So far, Transnistria has refused to join the Deep and Comprehensive Free Trade Agreement, signed last year between the EU and Moldova.

"If by the end of the year, Transnistria has not reoriented toward Europe,” thus preserving those duty-exemptions, it “would be a severe blow for textile, metallurgical and other industries from the republic," predicted Soin.

The de-facto government in Tiraspol doesn’t hide the fact that it has a problem on its hands. It has announced an open competition to develop a five-year “anti-crisis” plan. The winner will receive a cash award worth $45,000, TASS reported.