Last year the candidate, Aslan Bzhania, claimed to have been poisoned by the then-president. Now he has fallen seriously ill again and his campaign says the vote can't go ahead without him. 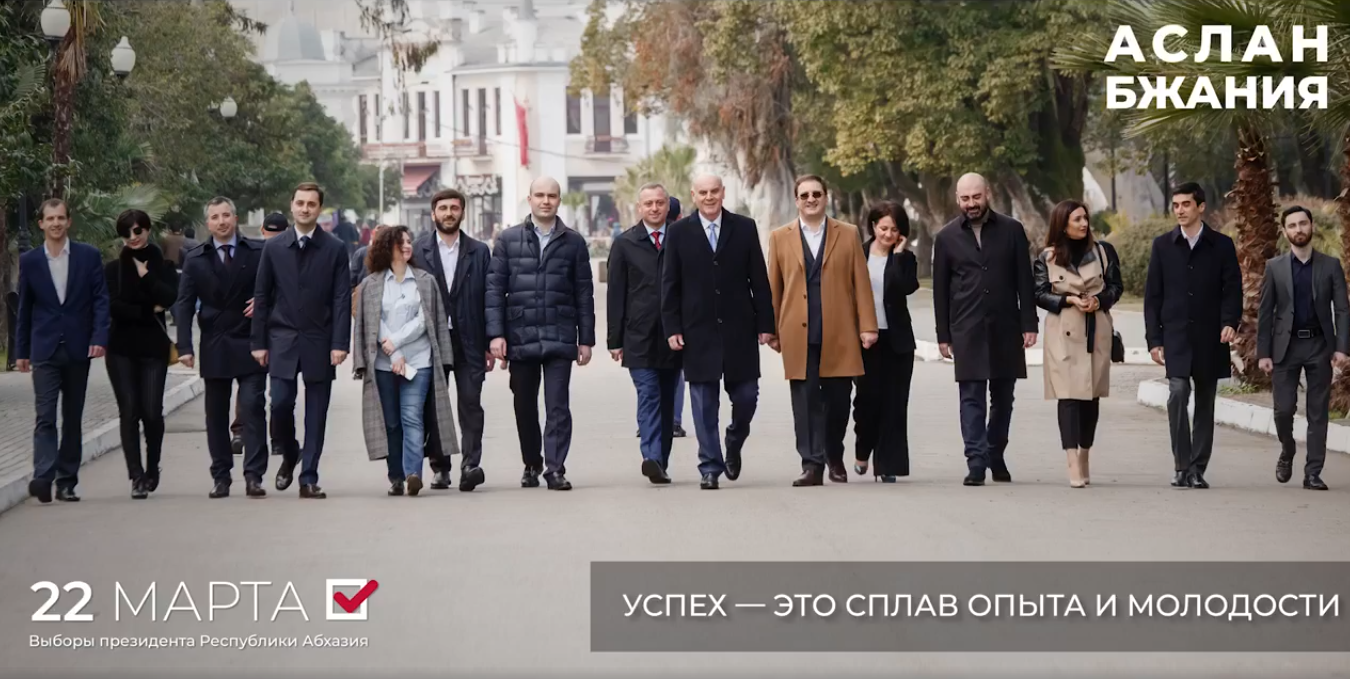 Three weeks ahead of elections for Abkhazia’s de facto president, one of the leading candidates became seriously ill and his campaign called for the election to be put off if he was not able to participate.

Aslan Bzhania fell ill while on his way to Sochi, in Russia near the border with Abkhazia, on March 2. He was admitted to the hospital in Sochi, where doctors induced a coma and flew him by helicopter to another hospital, in Krasnodar. Initial reports suggested that the cause might have been poisoning, citing Bzhania’s supporters. If so, it would have been the second straight presidential election in which Bzhania claimed to have been poisoned.

But Renat Karchaa, an analyst and ally of Bzhania, told the Russian news agency Interfax that “by all appearances, it was food poisoning.”

Still, the fact that Bzhania claimed to have been poisoned last year, when he was the leading opposition candidate for the presidency, made this sudden illness all the more suspicious, and officials were repeatedly asked if poisoning was a possibility this time around, as well.

The acting de facto president Valeriy Bganba called a session of the National Security Council to address Bzhania’s illness; the meeting included the speaker of parliament, head of the security service, the general prosecutor, and the ministers of foreign affairs, interior, and health. The prosecutor’s office was ordered to send a team “immediately” to Russia to “conduct pre-investigative checks on the conditions around Bzhania’s hospitalization,” the news agency Abkhazia-Inform reported.

Bzhania’s competitors suspended their campaigns and one of his senior campaign officials said that “without us, the election won’t take place.” The election is currently scheduled for March 22.

The Central Election Commission said that the election would not be postponed without a formal request from one of the campaigns, which they hadn’t yet received. “That the candidates have suspended their campaigns does not affect the elections per se,” the head of the commission, Tamaz Gogia, told Sputnik Azerbaijan. “The suspension of the campaigns is the result of solidarity and sympathy for their colleague Aslan Bzhania.”

Bzhania’s illness is the latest twist in what had already been a dramatic several months of politics in Abkhazia.

Bzhania was forced to drop out of the elections last year after his illness; he blamed the then-leader, Raul Khajimba, for orchestrating the poisoning. Khajimba won reelection, but then in January was forced to step down after protesters occupied the territory’s main administration building. Bzhania, who had by that time recovered, said he would run again and became the presumptive favorite.

On March 3, Bzhania came out of the coma. Later in the day, an estimated 300 Bzhania supporters held a demonstration in which they demanded Bganba’s resignation, Sputink Abkhazia reported.