The multimodal network will shave weeks off a typical journey. 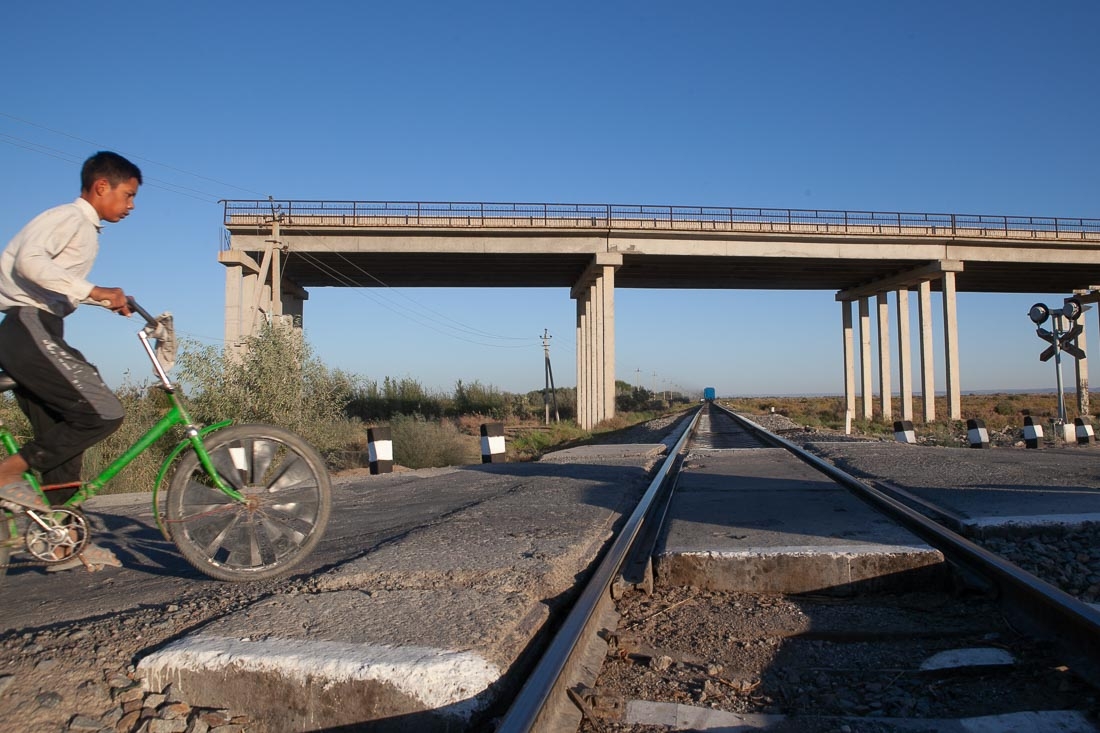 The cargo is loaded onto Uzbek trains. (David Trilling)

China has dispatched a first load of freight to Afghanistan on a new road and rail route transiting Central Asia which will cut travel time by several weeks.

The multimodal route starts in China’s northwestern Xinjiang province then passes through Kyrgyzstan and Uzbekistan before entering Afghanistan.

Cargo will travel along the first stage – around 500 kilometers from the city of Kashgar in Xinjiang to Osh in southern Kyrgyzstan – by road since there is no rail link, although one is planned eventually.

At Osh, the cargo will be loaded onto trains to link up with Uzbekistan’s rail network across the border in Andijan.

They will cross eastern Uzbekistan then head south into Afghanistan to arrive at Hairatan, which links with the northern Afghan city of Mazar-i-Sharif along an Uzbek-built railway line.

The first train is crossing Uzbekistan loaded with foodstuffs, household goods and other products and is expected to arrive in Afghanistan on September 21, Uzbekistan Railways said.

That would mean it had covered the distance in just nine days.

The journey is expected to take no more than two weeks, compared to one to three months for the current route mainly used to send cargo from China to Afghanistan through Pakistan via the seaport of Karachi and overland.

China and Afghanistan have been trying to get a rail connection off the ground for years.

In 2016, the first cargo train traveled from China to Hairatan through Kazakhstan and Uzbekistan, loaded with textiles and household goods. But it took another three years before any cargo moved back along the route to China, when a train loaded with talcum powder made the journey in 2019.

The route across Kyrgyzstan and Uzbekistan is now undergoing a three-month pilot, and should eventually carry some 4,000 containers annually.

Ultimately, there are plans to build a rail link between Kashgar and the Kyrgyz border and onward through Kyrgyzstan, as part of the China-Kyrgyzstan-Uzbekistan (CKU) rail project. The three countries agreed last week to conduct a feasibility study to move that long-discussed route forward.

Tashkent is also eager to build a line from Hairatan through Afghanistan to Peshawar, to create a rail link between Uzbekistan and Pakistan.