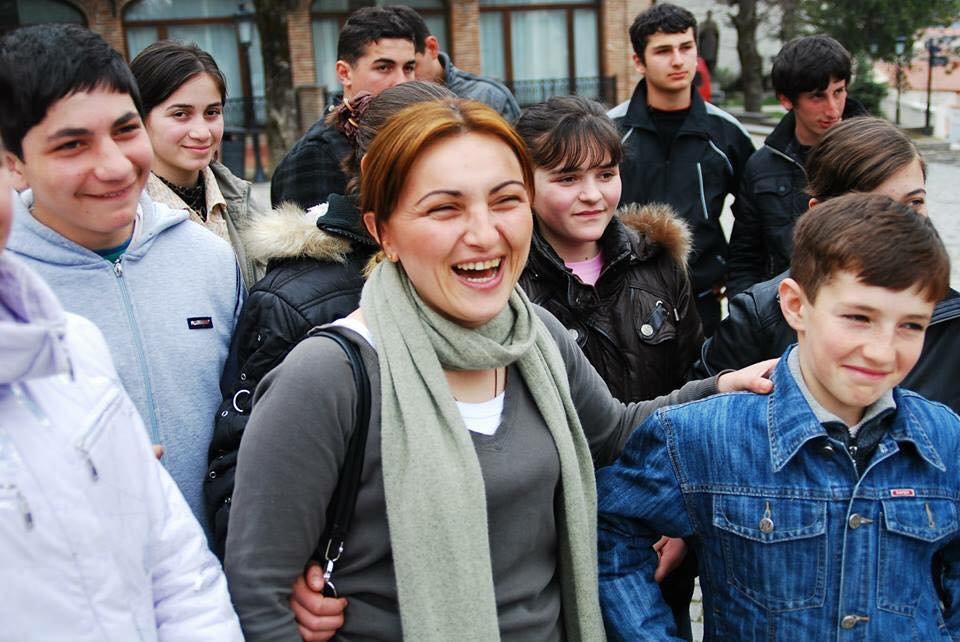 A criminal case against one of South Ossetia's leading civic activists and journalists is set to continue after a court rejected her appeal on charges of slander.

The Akhalgori-based journalist Tamara Mearakishvili is charged with “violating the dignity and honor” of the ruling United Ossetia party.

On December 15, a court in the territory’s de facto capital of Tskhinvali rejected an appeal by Mearakishvili, against the first-instance ruling of “slander” (article 128 of the Russian criminal code, which is applied throughout the self-declared territory).

The case has been going on since June, when a local leader of United Ossetia, Spartak Dryayev, brought the case to court. Mearakishvili had long been a thorn in United Ossetia's side, and the final straw for Dryayev appeared to be an article published in Ekho Kavkaza on 26 April in which Mearakishvili was interviewed. She alleged that following the triumph of Anatoly Bibilov in the territory’s presidential election, unnamed local officials from the victorious party had “behaved extremely unpleasantly,” including harassing staff in local hospitals, from whom they demanded medical supplies.

Mearakishvili was then detained on August 16. The following day, a criminal case was brought against her, and her house searched for “extremist literature.” Upon approaching the authorities for clarification, the journalist’s mother said she was not told the reasons for her daughter’s arrest other than that she was “a dangerous criminal.”

Mearakishvili is a native of the Akhalgori region, known as Leningor to the South Ossetian authorities. Predominantly inhabited by ethnic Georgians, Akhalgori was occupied by South Ossetia following the 2008 Russo-Georgian war, and has been under Tskhinvali’s control ever since. Mearakishvili, an ethnic Georgian who stayed on in the province after its occupation, has consistently raised awareness of the area’s poor socioeconomic conditions and lack of prospects in her writing.

This case is hardly the first instance of intimidation against Mearakishvili, one of South Ossetia’s few remaining critical journalists. In 2014, she was dismissed from her post as director of the children’s creative centre in Akhalgori.

On June 8, she was dragged into a car by men in civilian clothes — allegedly members of South Ossetia’s KGB. Mearakishvili was also informally questioned by the South Ossetian prosecutor’s office at least six times in the second half of 2016. During questioning, prosecutors repeatedly expressed interest in the nature of her work with international media.

Alongside her work for Ekho Kavkaza, Mearakishvili has contributed to a number of Georgian publications including Netgazeti. This year, she received an honorable mention by the European Union’s monitoring mission for her reports on the legacy of the conflict in Tskhinvali.

The de-facto authorities simply needed a pretext for Mearakishvili's arrest, wrote Murat Gukemukhov for RFE/RL, because she “raises extremely unpleasant topics for the district authorities and for Tskhinvali.”

Mearakishvili maintains that the charges against her are fundamentally impermissible, given that in the territory’s legislation, only an individual can be the target of libel, not a political party. (In the offending interview, neither the names of officials, nor of any political party, were given.)

“There is no libel in my words, and [prosecutors] know that all too well,” Mearakishvili said in a recent Facebook post, “and that’s why they’re dragging out the period of investigation — according to law, they have up to two years to investigate the case. Meaning that 20 months are left until this ‘investigation’ ends.”

Mearakishvili’s case has seen some limited international attention, including a brief statement by Amnesty International. Georgian officials have voiced concern — public defender Ucha Nanuashvili released a statement declaring that the case against Mearakishvili is designed to get her to leave South Ossetia forever.

The South Ossetian authorities are unmoved; Murat Dzioyev, the territory’s de facto minister for external relations, dismissed the Georgian reaction as “hysterical” in an interview with Sputnik Ossetia. As the case was an “internal affair”, continued Dzioyev, there can be no grounds for its relevance in the international arena.