A proposed money-spinner may be at odds with Islamic mores. The debate is playing out in parliament. 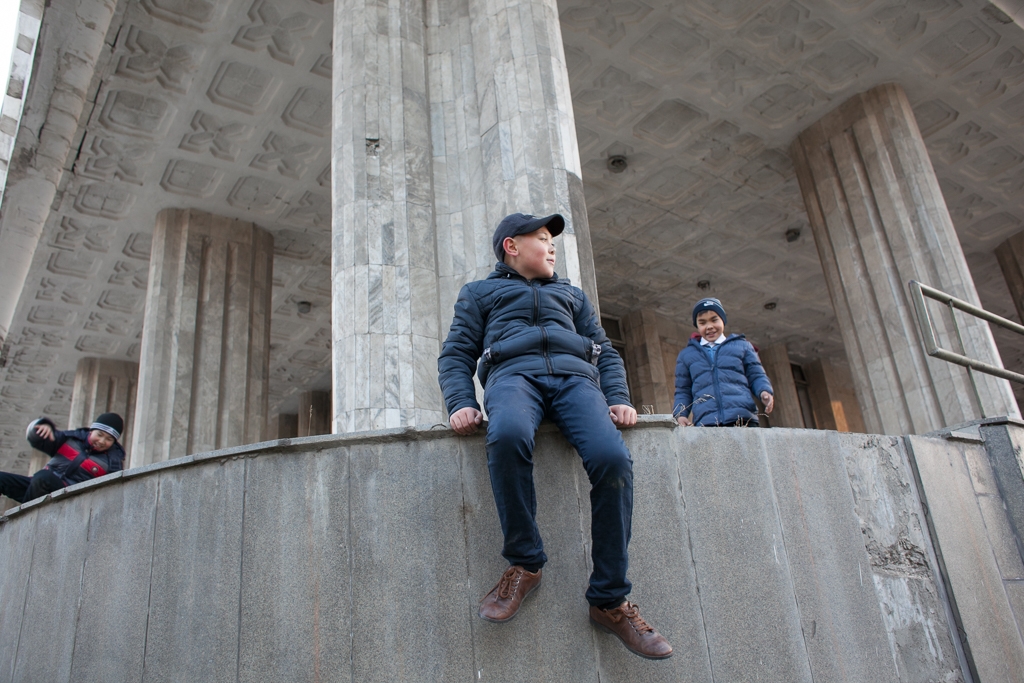 Casinos in Kyrgyzstan were ordered shut in 2012 by a new, recently empowered parliament. Bookmakers and slot machines followed in 2015.

Since then, the country’s troubled budget has been lighter to the tune of several million dollars each year.

But there were compelling socioeconomic reasons to stop gambling. Families were losing their fortunes at the blackjack table. Children were getting drawn in.

Such consequences were highlighted by the new crop of populist lawmakers in the parliament, some of whom were fond of citing Islam.

President Sadyr Japarov acknowledged these problems last April when he gave his backing to plans to allow casinos “in all regions of the country.”

Although there were “instances of children spending days” gambling, these stories became a pretext for officials to shake down honest, law-abiding taxpaying casino owners, Japarov argued in an interview with the state-owned television channel Pyramid.

His solution: “I propose banning entry to casinos for citizens of Kyrgyzstan – they will be opened for foreigners.”

A year on, and the plan remains only on paper.

The most promising location for casinos outside the capital is the tourist mecca of Lake Issyk Kul.

Days before Japarov’s 2021 interview with Pyramid, lawmakers had voted in favor of a bill on opening a casino there. But despite the convincing 68-23 margin, the vote left plenty of bad blood among lawmakers, according to a report from RFE/RL’s Kyrgyz service, Azattyk, at the time.

Torobai Zulpukarov, a loud conservative voice in the legislature, complained that lawmakers had not known what they were voting for. Another said they had been cajoled and intimidated into voting in favor.

One of the draft’s initiators, Ulukbek Ormonov, said that it was opponents of the law who were doing the intimidating, by invoking the holy month of Ramadan as a reason not to vote on the bill.

Vexingly for Japarov, the new draft law that would allow casinos across the country has yielded criticism from a more notable source – the lawmaker brother of a man widely viewed as his co-ruler.

Speaking in the halls of the parliament on March 30, parliamentarian Shairbek Tashiyev said that he considered the casinos plan haram, the Islamic term for forbidden.

“It is wrong to open such bad things, arguing that it will replenish our budget. I'm against it,” Tashiyev said last week, two days before the start of Ramadan.

Rumors of fierce competition between Japarov and his headstrong national security chief Kamchybek Tashiyev began not long after they rode to power together during political unrest in 2020.

Tashiyev’s influence over government is believed to go far beyond his formal mandate, while the proliferation of his relatives in important political and business posts is causing concern in a country that has bad memories of powerful families.

Under fire and facing allegations of corruption earlier this year, Tashiyev claimed that he had told his sibling Shairbek to leave parliament as “there should only be one politician in the family.” That still hasn’t happened, however.

The draft law to reintroduce casinos, which is currently in a public discussion phase, has attracted criticism on economic grounds, too. Some have questioned whether there would be enough demand from foreign citizens to make the casinos profitable.

Cabinet chair Akylbek Japarov, an ally but not a relative of the president, appeared to suggest last week that IT specialists fleeing Russia could form part of the customer base.

There aren’t many Russian emigrees in provincial towns like Naryn and Batken, however.

Baktybek Zhetigenov, an initiator of the 2012 ban, speculated last year that more nefarious motivations underpinned the push to reintroduce casinos.

“Parliament will of course pass this bill. If the president says something, then the lawmakers follow,” Zhetigenov told Vesti.kg in an interview, adding: “Casinos are a good way of laundering money.”