Is the Caspian Sea Dispute Finally About to be Resolved? 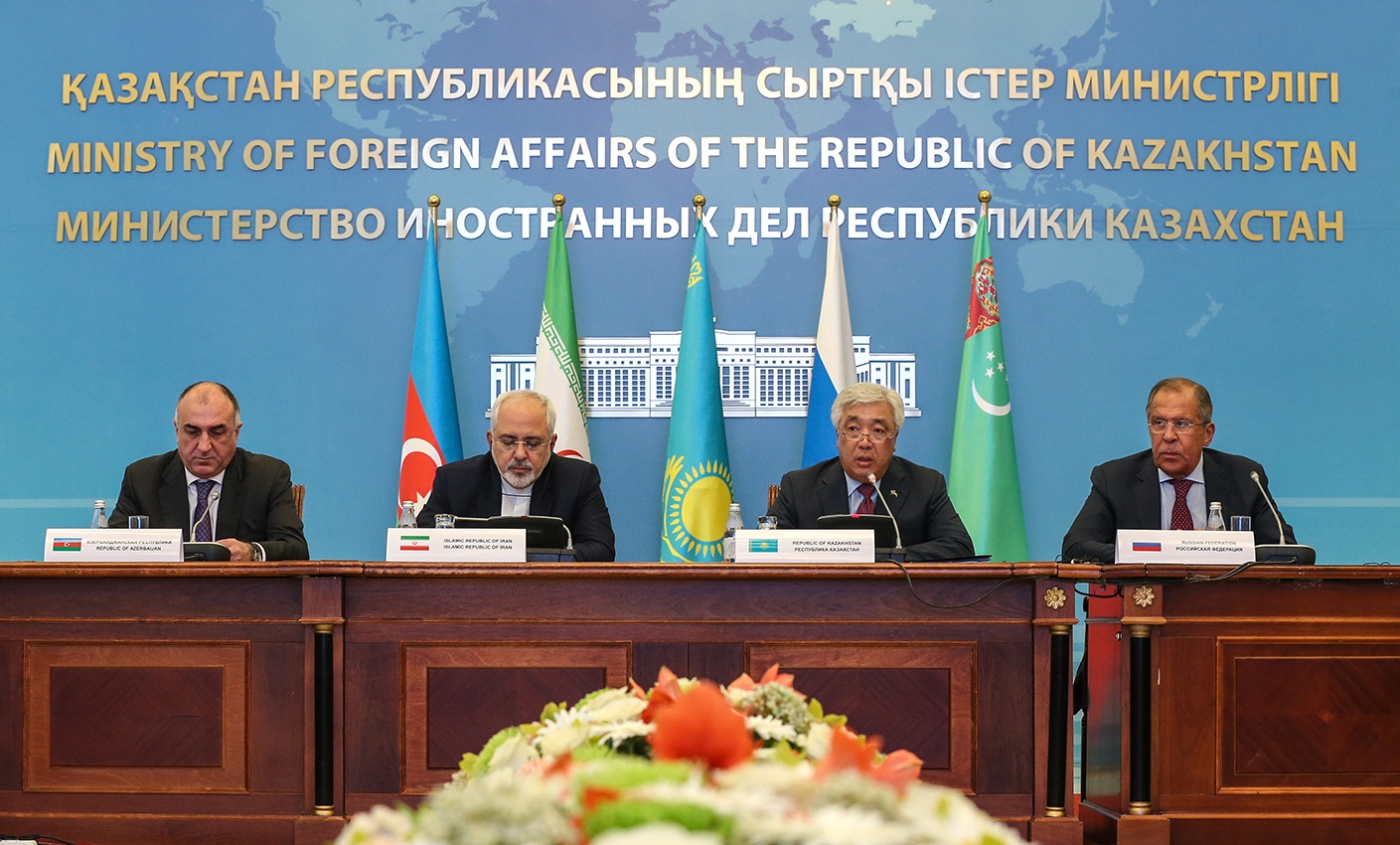 Are the five states around the Caspian Sea finally going to resolve their dispute about how to divide the body of water between themselves?

A number of unusually positive statements from diplomats from the littoral states have suggested that the seemingly intractible dispute is on the verge of being resolved. But if any of the Caspian countries have softened their negotiating positions -- the intransigence of which has resulted in this long dispute -- they aren't telling.

The foreign ministers of the five states -- Azerbaijan, Iran, Kazakhstan, Russia, and Turkmenistan -- met last week in Astana, and Russian Foreign Minister Sergey Lavrov said the sides could reach an agreement in a year.

"I believe it is absolutely realistic to aim for signing the Convention on the Legal Status of the Caspian Sea in 2017. I think this can be done even in the first half of the year," he said. That enthusiasm was shared by Kazakhstan, whose prime minister, Karim Massimov, tweeted: "Met with foreign ministers of Caspian littoral states. There's hope for prompt completion of talks over Caspian Sea Legal Status Convention."

But what has changed? While Azerbaijan, Kazakhstan, and Russia have more or less agreed on the principles of dividing up the sea, Iran and Turkmenistan have held out. Iran insists that each state get an equal portion of the sea, i.e. 20 percent, while the method that the other states favor would give each state an amount related to the length of their various coastlines, which would give Iran just 13 percent. Turkmenistan, meanwhile, contests an oil and gas field that Azerbaijan also claims.

This confusion has led to a number of near-clashes along the disputed portions of the sea, and to the delay of a potential pipeline across the Caspian sending Turkmenistan's gas to Azerbaijan and on to Europe, another potential flashpoint between Russia and the West.

The Bug Pit surveyed several foreign policy experts on the various Caspian countries and none were aware of any movement on those fundamental disagreements. "It may be that, in private talk, they [the Turkmenistanis] promised Lavrov that they might come to party but there is no evidence for this." said Luca Aneschi, a lecturer on Central Asian studies at the University of Glasgow. "I don't really see how this deal can be concluded."

Nevertheless, Azerbaijan and Iran also have expressed their confidence. After a previous meeting of the Caspian working group of deputy prime ministers in March, Iran's representative Ibrahim Rahimpour said that  "preconditions for finally resolving the Caspian status issue in the near future" now exist. And that was echoed by his Azerbaijani counterpart Khalaf Khalafov. "We will finalize coordination of outstanding issues pertaining to the status of the Caspian Sea within a short time," he said.

But after the Astana meeting, Rahimpour said that 13 percent is "small" and that it the Caspian should be divided up “based on equality principle."

So what's up? Given the very closed nature of all of these states, it's not surprising that it's this unclear. But all of these statements don't really add up. Maybe by the first half of next year we'll find out more.