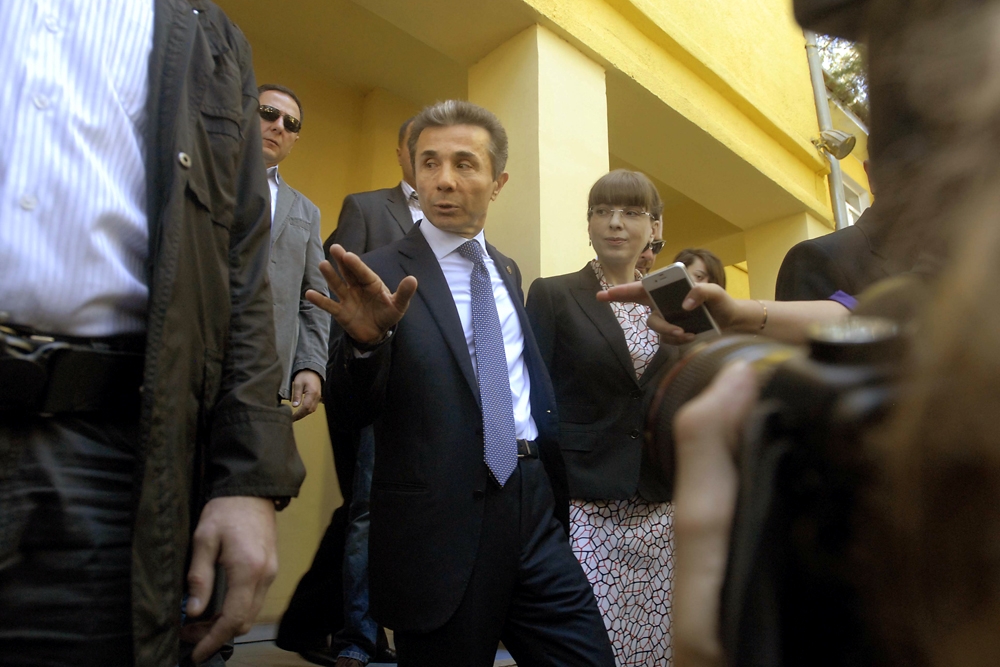 When it comes to democratization, the Caucasus and Central Asia are headed in different directions. Countries and territories in the Caucasus received better grades on political and civil rights over the past year, while Central Asia reinforced its reputation as one of the more repressive places in the world, according to an annual survey compiled by the watchdog group Freedom House. In its report “Freedom in the World 2013,” released January 16, Freedom House noted that political rights improved in Armenia, Georgia, Abkhazia and Nagorno-Karabakh. Georgia upgraded its status to “electoral democracy” as a result of “the country’s first peaceful handover of power to an opposition party after parliamentary elections that were judged free and fair by international observers and featured more pluralistic media coverage,” the report stated. Nevertheless, the report's authors criticized Georgia for the spate of arrests of former government officials after the election. “[E]ven Georgia, which experienced its first orderly transfer of power to the opposition through democratic elections, finished the year on a less than satisfying note after the new government quickly arrested some 30 officials of the previous government, raising concerns about politically motivated prosecutions.” The annual report rates countries around the world on their political and civil liberties, on a scale from 1 to 7 (with 1 being the most free). In this year's report, Georgia's ranking on political rights rose from 4 to 3, while its civil liberties score remained at 3. Armenia's political rights score improved from 6 to 5 “due to the absence of post-election violence following parliamentary balloting in May and the entry of an authentic opposition party into the legislature.” And two breakaway regions also held elections that boosted their political liberties scores, Nagorno-Karabakh's from 6 to 5 “due to the participation of a genuine opposition in the July presidential election” and Abkhazia's from 5 to 4 “due to genuinely competitive parliamentary elections that allowed a shift toward independent candidates and away from either government or opposition parties.” Despite the noted progress, the democratization process in the region still has many shortcomings, said Cory Welt, a political science professor at George Washington University and an expert on the Caucasus. Azerbaijan, in democratization terms, remained a problematic country. Freedom House rated Baku as “not free” and gave it scores of 6 for political rights and 5 for civil rights. In addition, the separatist territory of South Ossetia registered a 7 in political rights and 6 in civil rights. Welt also noted that while “the situation on the ground” in Abkhazia and Nagorno-Karabakh have indeed improved for the people living there, “Nagorno-Karabakh and, especially, Abkhazia ratings raise the perennial question of how to rate political rights in entities that have ethnically cleansed large percentages of their population.” Zaur Shiriyev, a Baku-based analyst and editor of the journal Caucasus International, said that change may be coming slowly to the Caucasus, thanks in part to pressure from the European Union. “If we take last year's developments, changes are happening, and happening without violence,” Shiriyev said. “The key example is Georgia, where the ruling party lost the election and political power changed hands peacefully. This was unprecedented in the Caucasus. In the case of Armenia, the May parliamentary election was not such a milestone, but it did prompt increased EU engagement toward 'conditional integration' into Europe. As the EU increases its role in Armenia, Yerevan is working little by little toward democratic development.” In Central Asia there was no such movement toward liberalization, with Kazakhstan's and Tajikistan's scores both declining and Uzbekistan and Turkmenistan remaining among the handful of nations around the world with the lowest possible scores on both political and civil liberties. Tajikistan's civil liberties ranking fell from 5 to 6 “due to a military operation in Gorno-Badakhshan, which resulted in scores of deaths, extrajudicial killings, and a media crackdown.” And while Kazakhstan's score didn't change over the previous year – rated “not free,” with a 6 for political rights and 5 for civil rights, Freedom House said it was on a downward trend, noting that the country's media environment “deteriorated in the wake of a crackdown on labor unrest in late 2011, with authorities banning opposition newspapers and blocking opposition websites and social media.” Kyrgyzstan also registered lackluster ratings, garnering 5s in both the political and civil rights categories. Elsewhere, Turkey's ranking on civil liberties declined from 3 to 4 “due to the pretrial detention of thousands of individuals—including Kurdish activists, journalists, union leaders, students, and military officers—in campaigns that many believe to be politically motivated.”

Joshua Kucera is a Washington, DC-based writer who specializes in security issues in Central Asia, the Caucasus and the Middle East. He is the editor of EurasiaNet's Bug Pit blog.