All three countries have now seen cases of the disease, most of which have come from Iran. 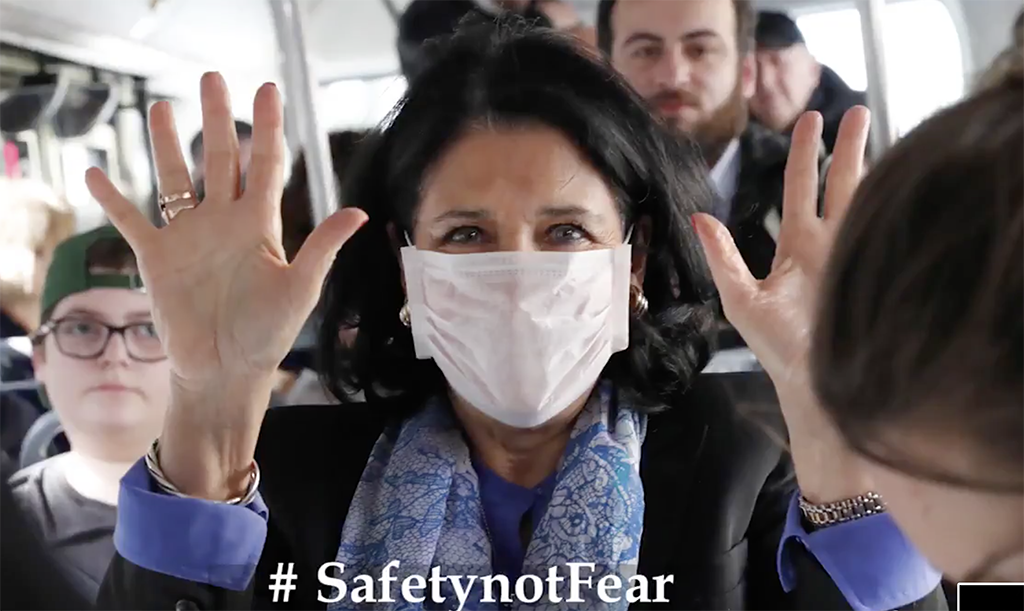 The Caucasus is hunkering down, with hardened borders and closed schools, as the coronavirus creeps into the region.

Armenia has become the last South Caucasus country to report an infection of the fast-spreading disease, bringing the total number of confirmed cases in the region to seven: neighboring Georgia and Azerbaijan have recorded three cases each as of March 2. All three countries canceled school for at least a week, as did the Armenian protectorate of Nagorno-Karabakh.

As in most of the other regional cases, the Armenian appeared to contract coronavirus from neighboring Iran.

“The patient is a 29-year-old citizen of Armenia, who came back from Teheran on February 28 together with his wife,” Armenian Prime Minister Nikol Pashinyan announced via Facebook on March 1.

Authorities were tracking all contacts the man had during his travels, with some already placed in quarantine. The man’s wife tested negative for the virus, Pashinyan said.

Armenians being monitored for coronavirus were quarantined in a disused five-star hotel in the ski resort town of Tsaghkadzor. Pashinyan posted a video on Facebook of medical officials in hazmat suits distributing a sort of room service to the patients. And following reports that tourists were canceling their bookings to Tsaghkadzor out of fear of coronavirus, Pashinyan visited with his family and was photographed dining out. “We came to one of the restaurants of Tsaghkadzor, which is nearly full of customers, including foreign tourists,” he wrote in a sunny Facebook post.

Armenia had already heavily restricted its border traffic with Iran, where the coronavirus is spreading fast and the death toll stands at 55. Following the reported case of coronavirus it moved to further strengthen controls, including by reintroducing visas for Iranian passport holders. “The visa regime will be restored within the next five days,” Pashinyan said on March 2.

A total of 224 people were quarantined in Azerbaijan, officials said on March 2. Many of those were at a hospital in Astara, on the border with Iran, where patients complained about unsanitary conditions including a lack of hot water, RFE/RL’s Azerbaijani service reported.

In Georgia, some 120 people were in quarantine, said Health Minister Ekaterine Tikaradze. In all three of the country’s international airports, as well as at all land border crossings, tents were set up to screen visitors from high-risk countries before taking them to medical institutions. President Salome Zourabichvili advised her compatriots to follow WHO recommendations and refrain from touching surfaces in public places.

Meanwhile, the patriarch of the Georgian church, Ilia II, reported that he had had a vision that indicated that humanity would ultimately defeat the virus. The patriarch saw "a man made of a fiery light, sitting on a horse, who flew over his head and disappeared,” he said during his Sunday sermon. Then a boy approached him, spit on the ground, mixed the saliva with his finger and drew a cross on his forehead, the cleric continued. “It was a sign that with the help of the Lord and the cross humanity will vanquish this disease.”

The breakaway Georgian regions of Abkhazia and South Ossetia also moved to cut off movement across their de facto boundaries with Georgia proper following Tbilisi’s first reported coronavirus infection on February 26. “Abkhazia-Georgia borders can be crossed only by holders of permits from the security and health ministries,” said Abkhazia’s de-facto Minister of Health Tamaz Tsakhnakia.

Abkhazia’s other de facto border, with its patron Russia, remained open. “We trust Russia, it maintains tight control of the health situation and has accurate screening systems, so citizens of Russia are allowed to come in,” Tsakhnakia said. (Russia has thus far reported two cases of coronavirus.)

The virus also slowed down politics in the region.

In Yerevan, Pashinyan’s Civil Contract party cancelled a planned march dedicated to the victims of a violent crackdown against protesters during the controversial 2008 presidential election, known as the March 1 events.

Some also called for a postponement of Armenia’s April 5 referendum on dissolving the Constitutional Court, seen as the last major political foothold for Armenian ex-President Serzh Sargsyan and his loyalists. The authorities, however, have shown no inclination yet to do so.

In Georgia, opposition groups said they are considering canceling a demonstration against the government planned for April 4, where they plan to press the ruling party to reform election law and stop what they call persecution of opposition figures.