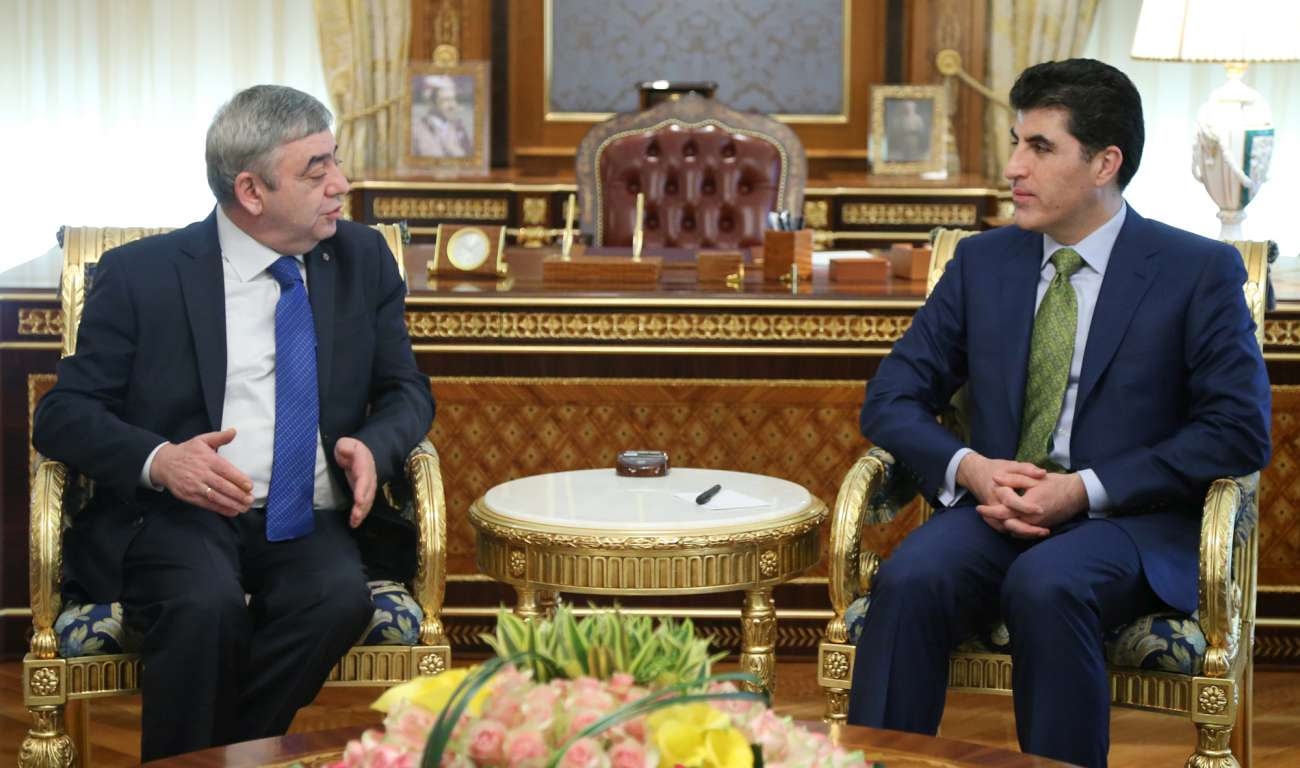 In the wake of Iraqi Kurdistan's vote to declare independence, Armenia and Azerbaijan – both countries with Kurdish minorities of their own – appeared to be taking time to develop their formal positions, mindful of the regional and global implications.

Armenia’s foreign ministry spokesman Tigran Balayan told Eurasianet.org that Armenia “was carefully watching the developments,” and that a more concrete position was forthcoming. In the meantime, veteran politician Aram G. Sargsyan was reported to be in Kurdistan as an observer to the vote.

Unusually, Baku’s official position was expressed by its top Muslim cleric. “Azerbaijan, as a country suffering terrorism, is resolutely against the Kurdistan Regional Government's (KRG) referendum on independence,” Sheikh-ul-Islam Haji Allahshukur Pashazade, chairman of the Caucasian Muslims Office was quoted as saying at a conference in Turkey.

But as in Turkey, where in spite of the tough official rhetoric some ethnically Kurdish members of the ruling party were sympathetic to the referendum, in Azerbaijan some Kurdish community leaders praised the referendum and KRG president Masoud Barzani.

One local official in the Lachin district, Fizuli Tanriverdiyev, expressed his support for Kurdish independence on Facebook and as a result was under investigation by law enforcement.

Officially there are only about 6,000 Kurds living in Azerbaijan. But considering that this number was at more than 40,000 in 1920s, the ethnically Kurdish population – concentrated in northern Nakhichevan and western district east and north of Nagorno Karabakh, as well as Baku – is likely to be larger, though with most having gradually adopted an Azerbaijani identity. Some of the key Azerbaijani political figures, including Heydar Aliyev, are believed to be of Kurdish descent, though the Aliyevs have never formally acknowledged that.

There is also some important personal history to Barzani and the ex-USSR. After the collapse of the Soviet-backed Republic of Kurdistan in 1946, Mustafa Barzani, the father of the current KRG president, along with his extended family fled to Soviet Azerbaijan. Two years later, after falling out with the Soviet Azerbaijani leadership, the Barzanis were dispatched to Uzbekistan. Eventually the Barzanis returned to Soviet favor, relocating to Moscow in 1953 before returning to Kurdistan in 1958.

Armenia’s relations with Kurdistan are no less complex. According to the 2011 census, there are more than 35,000 Kurds in Armenia, making them the second largest ethnic group. The vast majority of Armenia’s Kurds are Yezidis, whose ancestors settled in what is now Armenia after fleeing persecution in the Ottoman Empire, including by Muslim Kurds.

The Kurdish community now has two representatives in Armenia’s National Assembly: Knyaz Hasanov on behalf of the Kurds and Rustam Mahmudyan on behalf of the Yezidis. A supporter of the referendum, Hasanov said that he believed that Armenia would also support Kurdistan’s independence, pointing to the decision to open an Armenian consulate in Erbil as evidence of such support.