The isolation of Abkhazia, South Ossetia, and Nagorno-Karabakh have served them well as the disease spreads all around them. 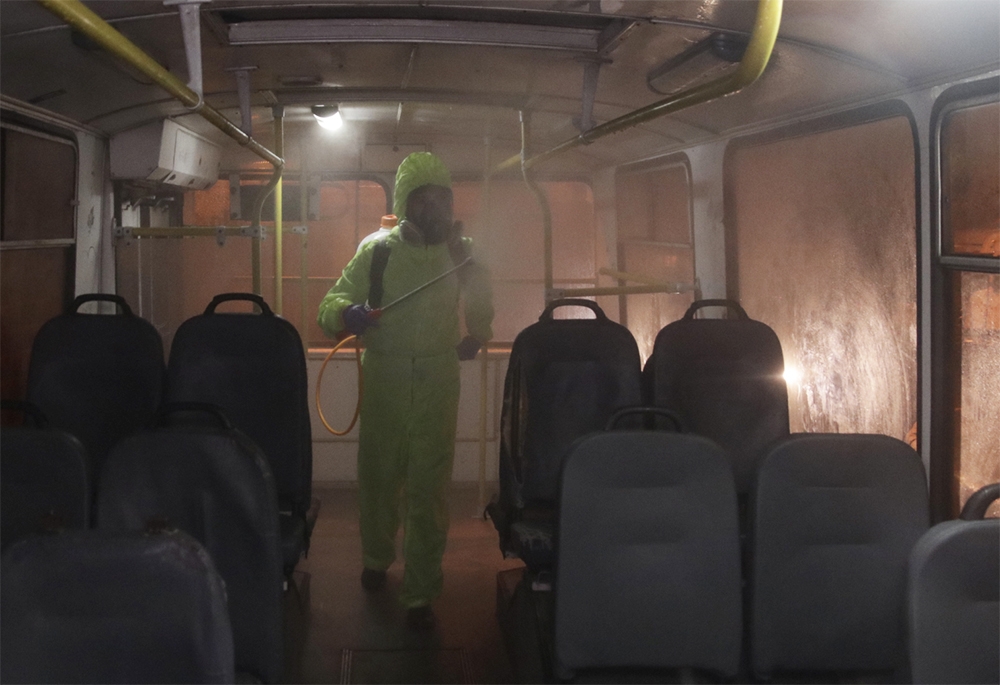 A worker disinfects a city bus in Sukhumi, the de facto capital of Abkhazia. (sukhumcity.ru)

In a global pandemic, there may be a benefit to be an isolated, unrecognized state.

The three de facto breakaway states of the South Caucasus – Abkhazia, South Ossetia, and Nagorno-Karabakh – all officially remain coronavirus-free even as the proper states surrounding them have seen spikes in cases of the disease.

In all three territories, large events have been canceled and “border” protocols strengthened as a result of COVID-19. But in a sign of relative normalcy, upcoming elections in Abkhazia and Nagorno-Karabakh are still going ahead.

The territories have no doubt benefited from their pariah statuses, as it is relatively difficult to get in and out of them all even in the best of times. Nagorno-Karabakh forms a sort of cul-de-sac, its only access being from Armenia. South Ossetia and Abkhazia both abut both Russia and Georgia proper, though both heavily restricted access to Georgia shortly after the first cases appeared there, and have subsequently cut it off entirely. Both territories’ de facto borders with Russia, however, remain open.

In his announcement of a state of emergency for Armenia, Prime Minister Nikol Pashinyan said that the measures would include stronger controls on the boundary between Karabakh and Armenia, the territory’s only outlet to the rest of the world. “We urge our citizens to travel from Artsakh to Armenia and vice versa only in cases of exceptional need,” Pashinyan said March 16, using the alternate Armenian term for Karabakh.

Karabakh’s elections – for the de facto president and parliament – are scheduled for March 31. Pashinyan said that given there were no cases reported so far, he saw no reason for the vote not to go ahead.

In Abkhazia, too, elections for the de facto presidency – which had been under threat due to the mysterious illness of the leading candidate – are still going ahead in spite of the coronavirus. The candidate, Aslan Bzhania, returned to Abkhazia on March 14 following his hospitalization in Russia and the election is scheduled for March 22.

The elections will, however, proceed without foreign observers because of the travel restrictions imposed by Russia on its government officials, and because European observers haven’t been invited, RFE/RL reported.

Abkhazia also has banned large public events and stepped up its disinfection of public transportation in spite of the lack of reported cases.

The authorities in South Ossetia also were closely monitoring the situation. “It’s an emergency situation, which shouldn’t be a surprise as there is an active migration of the population,” said the de facto state’s top public health doctor, Marina Kochiyeva, RFE/RL reported. “Maybe not as active as in other countries, but for our small republic it’s enough.”