The COVID-19 vaccination experiences of Armenia, Azerbaijan, and Georgia show that if you’re a small and poor country, you need to rely on powerful friends. 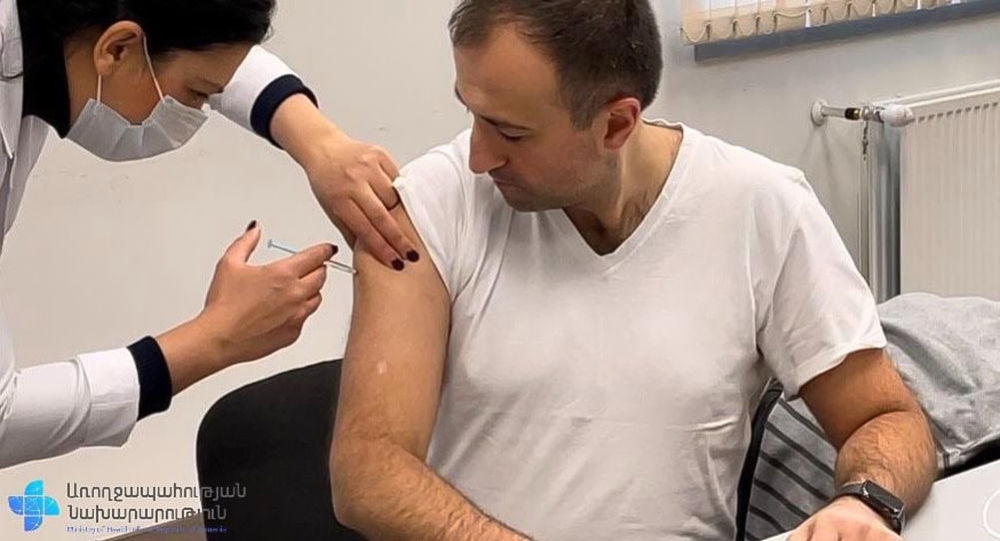 The COVID-19 vaccination effort has given the South Caucasus an injection of geopolitics, with Armenia, Azerbaijan and Georgia turning to their main allies – Russia, Turkey and the West, respectively – for help getting started immunizing their populations.

The Caucasus is about a month and half away from the anniversary of the novel coronavirus’s arrival in the region. All three countries are likely to mark that date without having started mass vaccinations even as bigger, richer countries are already well on their way.

Armenia, Azerbaijan, and Georgia all are counting primarily on a global vaccine-sharing mechanism known as COVAX. The three are among the 190 countries around the world that have contributed to the vaccine development and distribution scheme. In return, participating countries will get a share of the 2 billion doses that COVAX plans to roll out globally. The Caucasus expects to start getting the COVAX-distributed vaccines in early spring.

But their shares of COVAX supplies are expected to suffice only for 10 to 20 percent of their respective populations. These doses will be primarily reserved for the highest-risk groups, like the elderly and those with pre-existing conditions. As such, the first wave of immunization is likely to lower death rates, but the current containment strategy is likely to remain the main means of controlling the virus for some time.

“Through COVAX we will immunize about 20 percent of the population, but we will need far more doses to cover minimum of 50 to 60 percent of population required to reach so-called ‘herd immunity,’” Amiran Gamkrelidze, head of Georgia’s National Center for Disease Control, told reporters in late December.

So to supplement the COVAX supplies, the three Caucasus countries are shopping elsewhere and hitting up their big-power patrons.

“The Russian vaccine is available for us very quickly,” Health Minister Arsen Torosyan said just ahead of the new year. “We plan to procure doses for 1,000 people, most likely after the holidays, and we will try to vaccinate frontline health workers.”

Armenian health authorities reported on January 11 that they had observed no adverse effects of Sputnik V. Armenia plans to purchase an additional 10,000 doses of Sputnik V at a later stage, depending on its availability, Torosyan said. At the same time, Armenia made advance payments to COVAX to procure vaccines for 300,000 people, amounting to about 10 percent of its population. In the meantime, Armenia continues to lean on its containment effort to slow spread of the coronavirus. The nation extended on January 11 its lockdown measures for another six months, until July 11.

The region’s most deep-pocketed nation, Azerbaijan, reported making the region’s largest contribution to COVAX: $21 million. Still, Azerbaijan is looking to its ally Turkey for extra help with the vaccination effort.

Turkey is about to start a mass inoculation campaign using a Chinese-made vaccine and Azerbaijan is hoping to get a slice of it. Azerbaijani authorities said in December that they had made a deal with the Turkish branch of the Chinese firm Sinovac Biotech to procure its vaccine, and will be cooperating with Turkish authorities to coordinate delivery.

“We expect the vaccine to arrive in the next days and that normal life will be restored soon,” Azerbaijani President Ilham Aliyev said on January 5, but he did not specify the brand or the source of the vaccine.

Media reports citing unnamed public health sources claimed that Baku has already ordered 4 million doses from Turkey at a cost of $47 million. Lawmaker Musa Quliyev said that a delivery of 4 million doses is indeed expected soon, but he declined to specify the provenance of the vaccine.

Georgia is doing worst in the region – for that matter, in the world – in terms of per capita transmission of COVID-19 and mortality rates. Still, so far it appears that Georgia will be the last to get its finger in the vaccine pie.

Supplies through COVAX will likely begin in April, Deputy Health Minister Tamar Gabunia said at the end of December. Gabunia has said that bilateral negotiations are underway with unnamed European countries on purchasing additional doses beyond what COVAX will supply.

Georgia made an advance payment of $4.5 million to COVAX, which translates into doses for 700,000 people, health officials said. But here too, geopolitics has entered the picture.

Russia’s Sputnik V could potentially become part of the COVAX portfolio if it gets approval from the World Health Organization. The prospect of purchasing Russian medicine at taxpayers’ expense has sparked some controversy in Georgia, where Russia is seen as an invader and occupant. Health officials have assured Georgians that the government has no plans to purchase the Russian vaccines, but did not categorically rule out the possibility.

“We need to know that the Russian vaccine is also participating in the COVAX fund. If it gets global approval, then not just Georgia, but other countries may use it,” said Health Minister Eka Tikaradze.

All three countries are bracing for a potential new pandemic surge following the New Year festivities when family and friends gathered; Armenia and Georgia also celebrated Christmas, on January 6 and January 7, respectively.

Georgia, once an international success story in terms of pandemic containment, is now experiencing the world’s fastest pace of transmission relative to its population size. As of January 12, Georgia had a total of over 241,600 confirmed cases of infection and 2,820 total COVID-19-related deaths. Azerbaijan reported a total of 224,827 cases and 2,926 deaths. In Armenia there have been 162,643 cases, and the region’s the largest death toll of 2,941.