Beijing is eager to show solidarity as the coronavirus pandemic rumbles on. 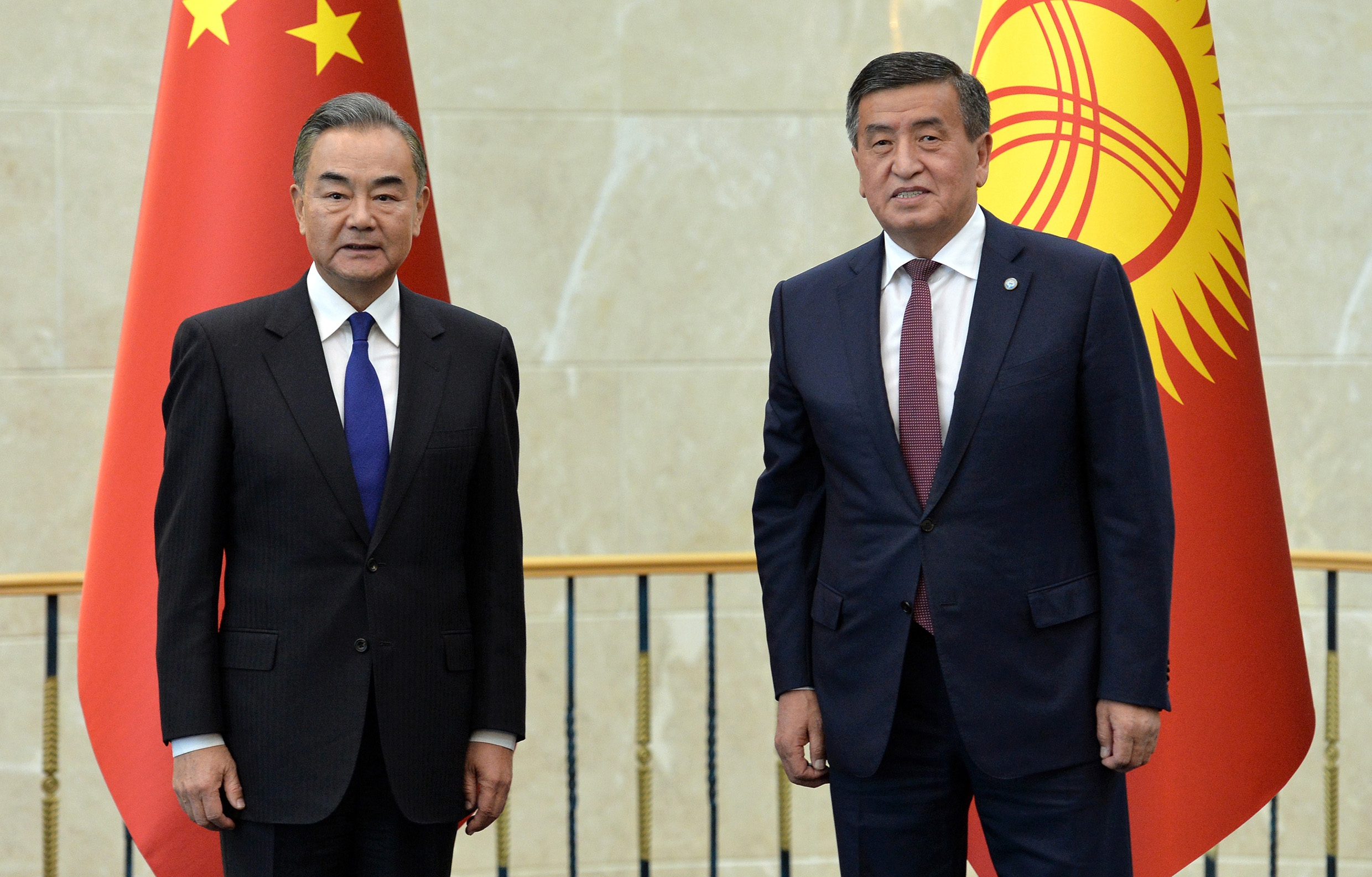 Belt and Road optimism took a back seat this week as China’s foreign minister swooped into Kyrgyzstan and Kazakhstan for a quiet visit under the shadow of the coronavirus pandemic.

Wang Yi, who has occupied the post since 2013, visited Kazakhstan’s capital, Nur-Sultan, on September 12, meeting with both current President Kassym-Jomart Tokayev and his predecessor Nursultan Nazarbayev.

The following day he visited Kyrgyzstan’s capital, Bishkek, where he met with President Sooronbai Jeenbekov and his Kyrgyz counterpart Chingiz Aidarbekov.

While the trillion-dollar flagship initiative of President Xi Jinping featured in official accounts of all these meetings, China’s firmest guarantees appear to have been on continuing coronavirus aid and offering both states priority access to an upcoming vaccine.

In Bishkek, Wang pledged to “stand with Kyrgyzstan until the pandemic has been completely defeated” according to a report on Chinese state-owned CGTN’s website.

To be sure, enthusiasm to get the Belt and Road rolling again is shared by all sides.

But the pandemic has had a momentum-sapping effect.

Kyrgyzstan, with a far weaker economy than its oil-rich neighbor to the north, has begged international partners including China for forgiveness of debt several times since the pandemic began.

A summary of the Jeenbekov-Wang meeting produced by Jeenbekov’s office noted that the president had once more inquired into the possibility of prolonging repayments to China’s Exim Bank, which holds around $1.8 billion or close to half of the country’s external debt.

This request, unsurprisingly, did not appear in Chinese state media’s report on Wang’s visit to Kyrgyzstan.

Bishkek is just one of many petitioners to China in this regard, and Chinese policymakers do not seem to have a palatable solution to a problem that threatens the very essence of the BRI.

Back in April, an analyst with the China Development Bank told the Financial Times that while renegotiation with poorer debtors was possible, “BRI loans are not foreign aid. We need to at least recoup principal and a moderate interest.”

Of the 15 states formerly of the Soviet Union, Kyrgyzstan is among the most reliant on Chinese trade, and saw the biggest fall in that trade – 53 percent in the first half of 2020 – of all of them, with bleak implications for the state budget as well as the economy as a whole.

Once on target in terms of its debt management, Bishkek would now be hard-pressed to take out fresh loans for new projects without first paring down existing obligations.

In Kazakhstan, Wang struck the right tone, lavishing praise on Nazarbayev’s historic role in promoting bilateral ties, while crediting successor Tokayev with “reforms…aimed at political and socio-economic transformations, taking into account the needs of Kazakhstan’s society.”

Yet there was no mention of new investment projects, reportedly worth nearly $600 million, that Chinese and Kazakh officials reportedly agreed to bring forward during a virtual meeting in June.

These types of projects have been seized on by avowed opponents of the Kazakh regime, most recently at a rally that took place in Almaty the day after Wang’s visit, where demonstrators protested “Chinese expansionism” and called for the expulsion of Beijing’s ambassador.

Police did not interrupt the rally.

Stressed in the Chinese accounts of Wang’s Central Asian meetings were reciprocal pledges to oppose intervention in internal affairs by third parties.

Such boilerplates of Chinese bilateral and multilateral diplomacy in the region have taken on added importance since U.S. Secretary of State Mike Pompeo’s whistle-stop tour of Central Asia in February.

That visit that saw Pompeo regularly touch on Beijing’s treatment Turkic and Muslim minority citizens in its western Xinjiang region, leading to furious rebukes from China’s embassies in the region.

Kyrgyzstan and Kazakhstan, whose citizenries have extensive family ties to the region, have refused to condemn China’s policies there, and authorities have been seen pressuring local activists not to raise the topic.

But unlike the other three Central Asian countries – Tajikistan, Turkmenistan and Uzbekistan – the pair were not among the more than 50 states that Beijing claimed signed a letter sent to the United Nations praising China’s policies there.