Central Asia: Can Chinese Cash Glue the Region Together? 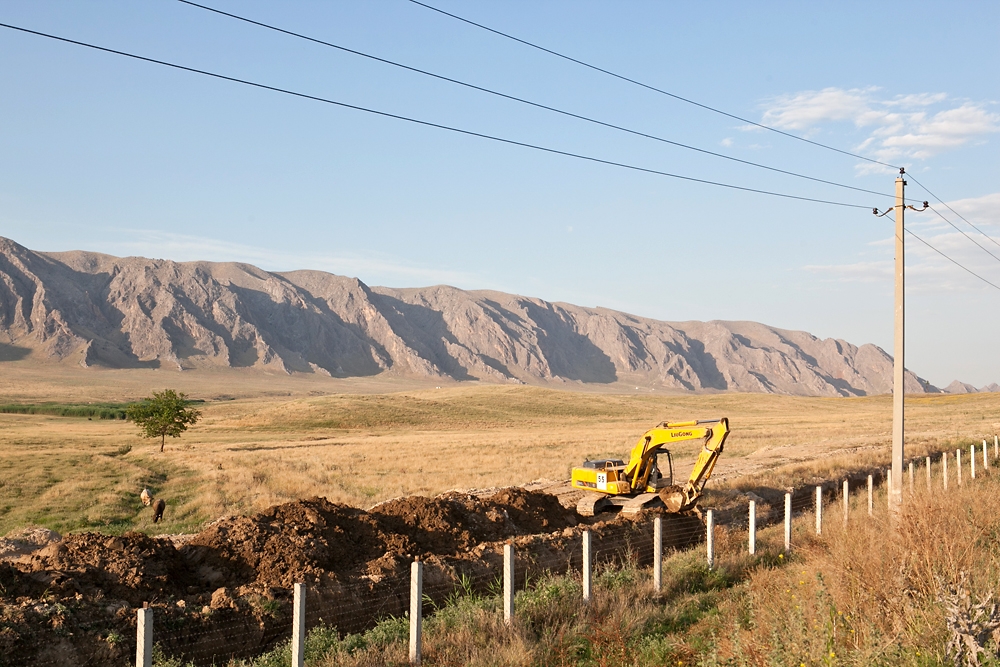 China is striving to forge Central Asia into a streamlined conduit for its regional trade and energy ambitions. But Beijing is finding that domestic insecurity and fractious bilateral relations among the region’s five former-Soviet republics have created a web of obstacles.

Despite what may seem like daunting challenges, regional analysts say Beijing remains confident there is no problem that its deep pockets can’t solve. Chinese President Xi Jinping’s recent tour of the region reinforced Chinese confidence by underscoring one fact: the five Central Asian governments may not cooperate well with each other, but they all share a passion for Chinese investment and grand infrastructure projects.

That suits Beijing, which unlike the region’s traditional patron, Moscow, looks more comfortable in the role of economic facilitator than as an arbiter of interstate conflicts. Xi’s trip, which began September 3 in Ashgabat and culminated on September 13 at a summit of the Shanghai Cooperation Organization (SCO) in Bishkek, allowed China to “significantly advance its interests” in Central Asia, according to Vasily Kashin of the Center for the Analysis of Strategies and Technologies in Moscow. Over 10 days Xi signed bilateral contracts in the tens of billions of dollars (though details were scarce in Uzbekistan and Turkmenistan, Beijing’s top source of imported natural gas).

Symbolic of Beijing’s approach are plans to expand a Central Asia-China gas pipeline that starts in Turkmenistan.

“Line D,” as it’s known, would bind Uzbekistan to two countries with whom it is currently barely on speaking terms -- Kyrgyzstan and Tajikistan. Uzbekistan has cut supplies of its own natural gas to both countries at different points this year, and this summer, Uzbek and Kyrgyz troops engaged in a firefight near the two countries’ disputed border. Meanwhile, Tajik and Uzbek leaders are locked in a battle over Dushanbe’s plans to build the world’s tallest hydroelectric dam upstream. Uzbekistan has tried to impose a blockade on Tajikistan and Uzbek leader Islam Karimov has warned the dam project could lead to war. In addition, Uzbekistan has a frosty relationship with Turkmenistan.

“Rather than sitting and talking about integration,” as often happens at SCO summits, such pipeline links represent “actual integration – giving the region’s governments each a stake in multinational projects,” said Bobo Lo, a regional analyst at Chatham House. China will continue to emphasize the SCO, a Beijing- and Moscow-led club that includes Kazakhstan, Kyrgyzstan, Tajikistan and Uzbekistan. Yet Beijing “knows that what really counts is strengthening its relationships with the individual countries,” ensuring its interests take precedence over internecine disagreements, Lo said.

Yet these conflicts, and the broader security problems that two decades of poor governance and non-cooperation among the Central Asian states have spawned, still pose a challenge for Beijing. As local leaders fear instability following the withdrawal of NATO forces from Afghanistan, Chinese policymakers are equally mindful of “unrest in the Fergana Valley once there is a change of leadership in Tashkent, or due to other factors,” said Alexandros Petersen, an energy specialist at the Woodrow Wilson International Center for Scholars. Petersen notes that Beijing is trying to spread risk with yet another alternative pipeline route on the drawing board, from Turkmenistan through Afghanistan and Tajikistan to China.

Xi’s trip, it’s worth noting, was not a total success. During the tour, the Chinese president spoke effusively of opportunities to revive Silk Road trading routes that once connected China and the West via Central Asia. But media outlets in Kyrgyzstan were quick to note that Xi’s regional tour did not produce a memorandum reaffirming a commitment to construct the controversial China-Kyrgyzstan-Uzbekistan railway, a project on the table since the mid-1990s.

A spokesman from the Kyrgyz Foreign Ministry declined to discuss whether or not the railway had been raised during the SCO summit. Kashin, the analyst in Moscow, believes “financing and property issues” connected to the railroad remain unresolved. Chatham House’s Lo adds that “ongoing tensions between Tashkent and Bishkek” are slowing the initiative.

The railway could represent an important economic outlet for China’s own restive Xinjiang Province – a factor driving Chinese investments in the region – and yet another means to transport oil, gas and minerals east. But it is opposed by many in Kyrgyzstan who fear their multi-billion-dollar share of the link will be paid for with mineral concessions, or somehow otherwise compromise Kyrgyz sovereignty. Differences in railroad gauges between Chinese and the two Central Asian countries are another thus-far-insurmountable barrier.

One day the railway could be “a great conflict-resolution mechanism” to unite Kyrgyzstan and Uzbekistan, said Lo. But with so many sensitivities, Beijing “is not going to ram this through.” There are plenty of other deals to be made and China’s current priority is to acquire “major equity in the region’s oil and gas fields,” Lo told EurasiaNet.org.