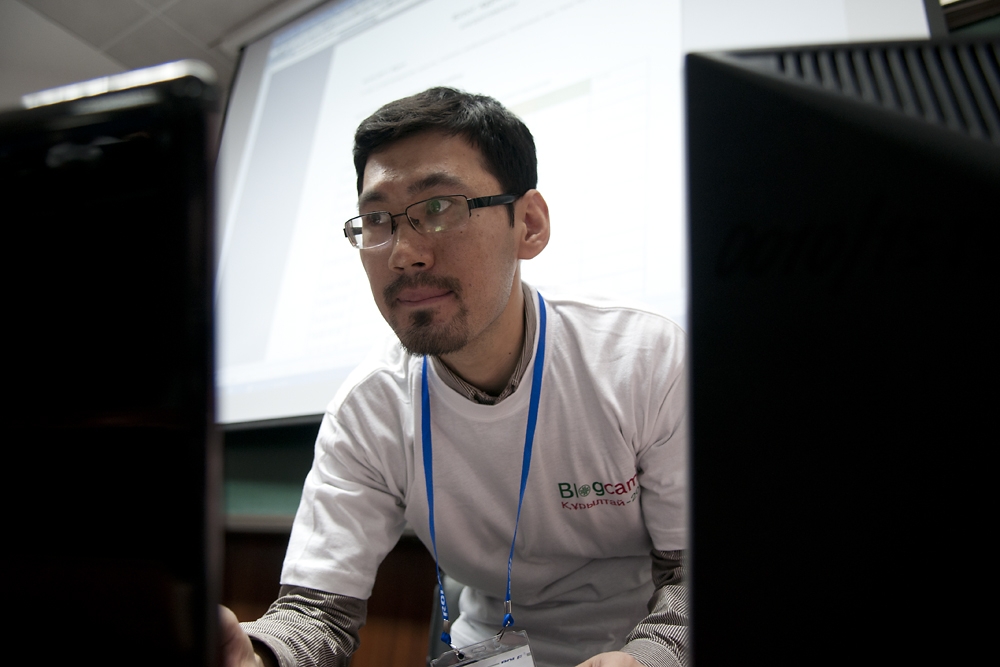 Blogging has grown in popularity in the Eurasia region, but governments are eager to control the web space. (Photo: Dean C.K. Cox)

It’s clear that Russia and other authoritarian-minded, formerly Soviet states would like to turn out the lights on the Internet. Given their mood, an annual UN gathering, scheduled to be hosted by Azerbaijan in November, could emerge as a pivotal moment for web's future in Eurasia.

Some states in the region, including the meeting's host nation Azerbaijan, have acted aggressively in recent months to inhibit the free flow of information. Governments are especially leery of the ability of social networks to mobilize political opposition. The most recent blow in the campaign to neutralize the Internet was struck by Tajikistan, where authorities announced on July 12 their intention to set up a state body that would monitor the Internet for content seen as disparaging or otherwise hurting the image of the state, or its leaders.

An even more ominous development occurred July 11 in Russia, where the State Duma approved a law that would give authorities broad powers to pull the plug on websites with content that is deemed dangerous or harmful. As officials explain it, the ostensible purpose of the legislation is to thwart the proliferation of child pornography. But opponents of Russian leader Vladimir Putin’s administration contend the real objective is to stifle political debate.

Competing visions on how Internet freedoms should be managed in Eurasia are currently vying for supremacy. Experts delved into the issue at a late-June panel discussion hosted by the National Endowment for Democracy. One speaker, Rebecca MacKinnon of the New America Foundation, acknowledged that a geographical factor underlies the current debate: developing countries in Eurasia worry that “the United States and the Western world had too much control over the Internet” and “do not reflect the diversity of the world’s users.”

Heading into the Baku meeting of UN Internet Governance Forum (IGF), Russia, China and several Central Asian governments are pushing a proposal to have the International Telecommunication Union, a UN agency, regulate the Internet.

MacKinnon and another panelist at the NED discussion, Azerbaijani blogger Emin Milli, expressed support for maintaining the status quo – essentially a multi-stakeholder governance model in which predominately non-governmental experts employ a decentralized, bottom-up approach to Internet development. They feared that a top-down international regulatory structure would support authoritarian governmental efforts to inhibit the free flow of information.

The question is how hard are Western governments willing to work at the upcoming Baku IGF meeting to defend existing media freedoms? Some experts express concern that with US and EU officials distracted by the war in Afghanistan and an economic crisis in Europe, they might not be focused enough to withstand a push by determined minority at the IGF meeting.

Several participants at the NED event questioned the appropriateness of having Azerbaijan host an international gathering devoted to discussing Internet freedom. But Milli -- the Azerbaijani blogger who spent time in prison for what he says was his media criticism of the government -- voiced support for holding the IGF meeting in Baku. Such events, he said, made it easier to attract international attention to Internet crackdown going on in Eurasia. It also created “small windows of opportunity to get our voice out,” he added.

Milli said governments in Eurasia were becoming much more sophisticated in formulating tactics to stifle free speech. In Azerbaijan, for example, Milli said authorities are relying on subtle and indirect forms of control, such as jailing journalists “for reasons having nothing to do with their professional activities,” and permitting an environment in which “people are not punished who attack journalists.”

“The Internet in Azerbaijan technically may be free,” he later said, “but people who exercise this freedom are punished.”

Richard Weitz is a senior fellow at the Hudson Institute in Washington, DC.