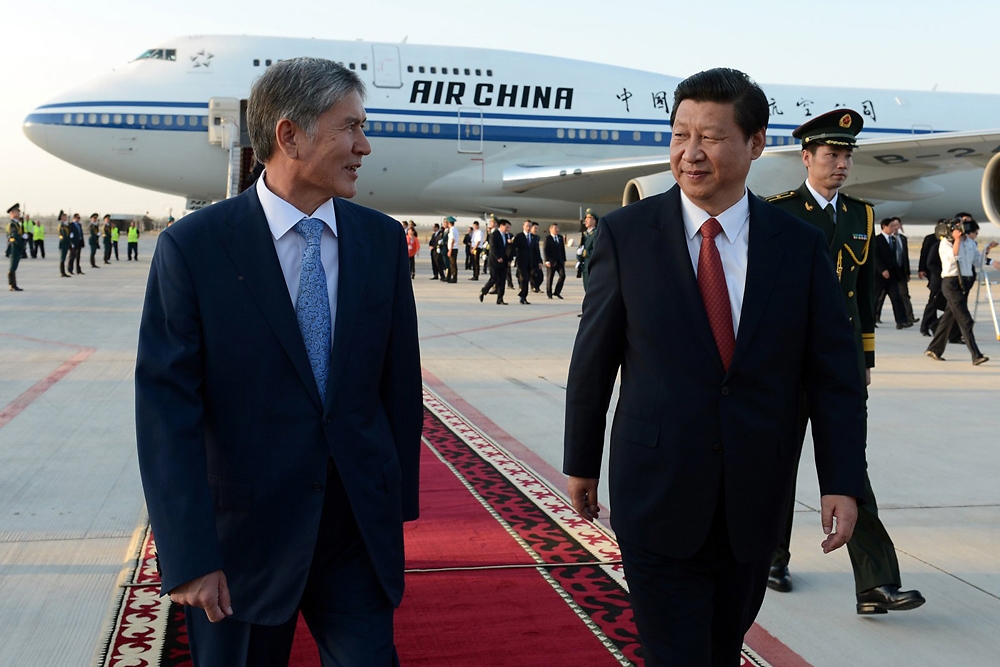 Chinese President Xi Jinping is wrapping up a 10-day tour through Central Asia, having vacuumed up energy resources while digging into Beijing’s deep pockets to dispense largess and generate goodwill.

Xi scored coup after coup for his power-hungry country during the trip: in Turkmenistan securing a deal for Ashgabat to ramp up gas exports; in Kazakhstan snapping up a juicy stake in a supergiant oilfield; in Uzbekistan signing contracts in the oil and gas industry, and in the under-developed uranium sector, to help China feed its growing appetite for nuclear power.

These three energy-rich states have rocketed up Beijing’s foreign policy priority list since they started redirecting hydrocarbon exports – which used to go almost exclusively to Russia – to their eastern neighbor. The three sit along the Central Asia-China gas pipeline which, when it opened in 2009, broke Russia’s stranglehold on the region’s gas supplies. That came four years after an oil pipeline linking Kazakhstan and China opened, breaking Moscow’s grip on the oil trade.

“While there is a clear economic rationale to the major energy deals in Central Asia, there is also an element of power projection to the investments,” Alex Nice, regional analyst at London’s Economist Intelligence Unit, told EurasiaNet.org.

“Getting Turkmenistan, Uzbekistan, and Kazakhstan, three countries which have often been at loggerheads, to coordinate their energy policies to allow the construction of an 1,800 kilometer pipeline from one end of the region to the other is a testament to China’s economic and political clout,” Nice added.

As the Central Asia-China pipeline expands to absorb extra capacity, Kyrgyzstan (which lacks its neighbors’ oil and gas deposits) will also benefit: under a deal signed during Xi’s visit on September 11, it will earn $40 million in transit fees annually from a pipeline extension crossing its territory. The windfall will come in handy as Bishkek loses an annual $60 million in lease payments from the US airbase at Manas when it closes next July.

China agreed to provide cash-strapped Kyrgyzstan with some $3 billion in credits for energy and infrastructure projects, with $1.4 billion of that going to build the pipeline extension through Kyrgyzstan to China. Meanwhile, in Kazakhstan contracts worth $30 billion were signed, and in Uzbekistan agreements totaling $15 billion were reached.
Dangling carrots is all part of Beijing’s strategy of showing its Central Asian neighbors that cooperation is a two-way street that can benefit both parties. In Kazakhstan, for example, China’s state oil company CNPC snapped up an 8.33 percent stake in the supergiant Kashagan oilfield just as it is set to begin commercial production. But there was a quid pro quo for Astana: CNPC agreed to finance oil infrastructure and pay half the state’s investment obligations to Kashagan until it starts turning a profit (when Kazakhstan will repay the funds).

“As we have seen from this visit, China is able to offer levels of investment on a scale which few other partners are willing to match,” said Nice. “China also enables Central Asian states to diversify their economic and foreign policy options, and reduce their reliance on Russia.”

As Deirdre Tynan, Central Asian project director at the International Crisis Group, points out, for Beijing, too, there is more to the partnership than oil and gas. “Central Asia’s energy resources are of enormous interest to China, but this is just one aspect of the relationship,” she told EurasiaNet.org. [Editor’s Note: Tynan previously was a EurasiaNet.org writer and analyst].

Beijing has concerns about security, and those concerns seem set to grow with the expected drawdown of US and NATO forces in Afghanistan by the end of 2014. Security experts say the withdrawal of Western forces can potentially create a regional security vacuum. China is eyeing its restive western Xinjiang Province bordering post-Soviet Central Asia, which, Tynan says, “poses an ongoing headache for the Chinese authorities.”

Like the countries Xi visited on his tour, Xinjiang is home to a large population of ethnic Turkic Muslims, some of whom are discontented with Chinese rule. Xinjiang has experienced periodic bouts of unrest in recent years. “Beijing views stability in Xinjiang and Central Asia as two sides of the same coin,” said Tynan. “To date China has treated Central Asia’s security problems with aloof caution, but Beijing may be compelled to become more active in this sphere as the US drawdown in Afghanistan gets under way.”

Xi winds up his tour of Central Asia at a summit of the Shanghai Cooperation Organization (a union of China, Russia, and four Central Asian states) in Bishkek on September 13, where Moscow is likely to put a brave face on any concerns it harbors about Chinese expansion into its backyard.

Russia, says Nice, is “pragmatic about China's growing role in the region,” aware that “attempting to bully the Central Asian states is likely to be counter-productive and only push them further out of Russia’s orbit.”

China also plays its cards close to its chest to avoid baiting the Russian bear, suggests Tynan: “In terms of political influence China has played its hand in Central Asia quietly and with a degree – in public at least – of deference to Moscow. But as Beijing’s economic interests in the region intensify, its ability to wield political clout will grow in parallel.”