Kazakhstan and Uzbekistan are eager, but investors are cautious. 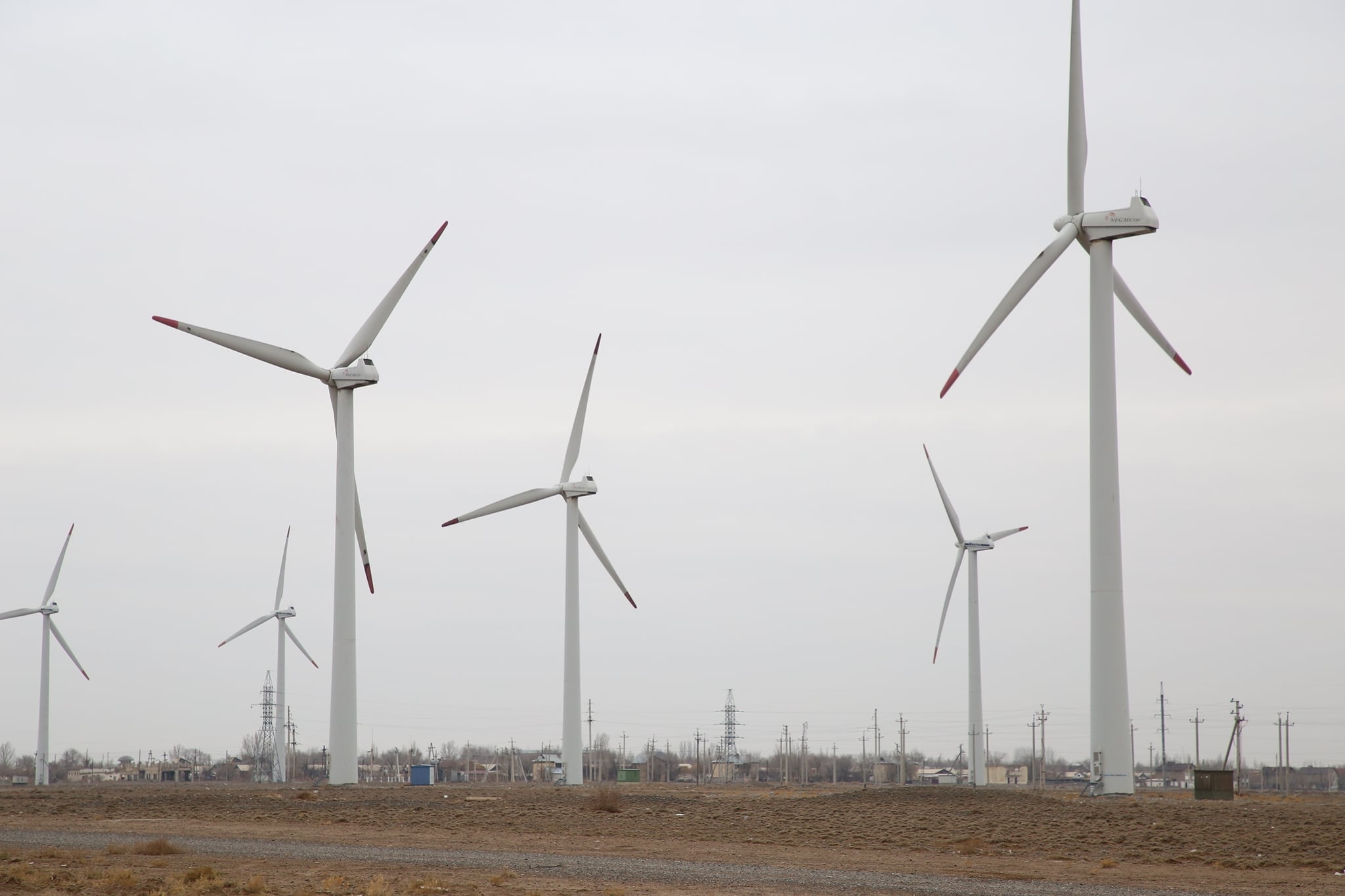 Central Asia’s vast green energy potential is beginning to attract international suitors. With the know-how and the financing, next-door China is primed to take advantage. But is it interested?

“It sounds like a cliché that one might hear about many places in the world, but Central Asia’s potential for renewable energy is truly huge and underutilized,” Indra Overland of the Norwegian Institute for International Affairs told Eurasianet. “However, so far, developments have been very slow.”

Hydropower is the dominant renewable source in Central Asia. But hydropower can rouse cross-border tensions. It is also criticized for its environmental impact. Another resource Central Asia has in abundance is sunshine. With the region’s ample free space, solar and wind – which currently contribute negligible power – appear an attractive way to ease outages, energy poverty, and emissions.

Officials are making all the right noises.

“We have a lot of sun, wind and determination,” Uzbek Energy Minister Alisher Sultanov said in a sales pitch last month to Brussels-based New Europe magazine. Uzbekistan aims to grow the share of renewables, including hydropower, in its electricity generation to 25 percent by 2030, Sultanov said, with an additional 5 gigawatts of solar, 1.9 GW of hydropower and 3 GW of wind.

Regional rival Kazakhstan aims to reach 10 percent renewables by 2030 and 50 percent by 2050. “Our main goal is to put the inexhaustible energy of sun, wind, water and biomass towards serving the growing needs of the nation,” Arman Kashinbekov of Kazakhstan’s Association of Renewable Energy told state media on April 5.

These are lofty goals. Renewable targets can be symbolic and hard to reach (there are doubts that Europe will meet its 2030 emissions targets, for example). And plenty of obstacles remain in Central Asia: weak governance, poor infrastructure, grand corruption that cripples economic development.

Reforms may also face political headwinds. Elite groups within resource-rich countries may fear the loss of leverage that rents from oil and gas provide. The global growth of green energy “may have a significant effect on domestic political dynamics in Kazakhstan and Turkmenistan […] when it gets to the point that it undermines demand for their oil and gas exports,” said Overland, who studies the geopolitics of the green energy transition.

Until recently, energy investments on China’s Belt and Road Initiative focused on fossil fuels. Yet in 2020, even as Beijing’s overall BRI spending slowed, renewables for the first time overtook fossil fuels in BRI energy investments, growing from a 38 percent to a 57 percent share in one year, according to research by the Beijing-based Green Belt and Road Initiative Center.

In November, a 100 MW wind farm in southern Kazakhstan got the nod with $95.3 million in Chinese and European financing. The European Bank for Reconstruction and Development (EBRD) said the Zhanatas Wind Farm is the “first renewable project” for China’s Asian Infrastructure Investment Bank in the region.

In February, China explained to Bangladesh that it would “no longer consider projects with high pollution and high energy consumption” such as coal. This month, the People’s Bank of China said it would “push forward green investment principles for Belt and Road projects, and strictly control overseas investments in new coal-fired power plants.”

Know-how has long influenced China’s investments. “In the past, coal-fired power and hydropower have been the technologies which China has offered to other nations […] as these technologies were where Chinese expertise was,” said Simon Nicholas, an analyst for the Institute for Energy Economics and Financial Analysis in Ohio. China can now offer the latest technologies.

The question is to what degree China will earmark Central Asia for green energy financing. Chinese investors and developers expect “a stable and guaranteed cash flow that allows for risk reduction,” Nedopil Wang explained: tax incentives, purchasing power agreements, and a strong electricity grid to “ensure that electricity produced can also be sold.”

So far, the involvement of international financial institutions like the EBRD has made it easier for foreign investors, such as those in China, to navigate Central Asia’s unfriendly friendly business climate. Still, Sinophobia is festering, and continued protests against “Chinese expansion” will make investments – renewable or other – all the more delicate.

As for transmission, a 2020 report by the European Commission found that Central Asia’s “aging power grid severely affects the quality of power supply.”

Renewables would further test existing infrastructure. In emerging markets like Central Asia, transmission systems “are often not sufficiently flexible to allow for balancing the supply and demand of electricity, particularly with intermittent supplies from wind and solar,” said Nedopil Wang.

Before anyone rushes into green energy investments, they may first wish to modernize the grid.

Rebeka Foley is an analyst of energy markets in Russia, Central Asia and the Caucasus.