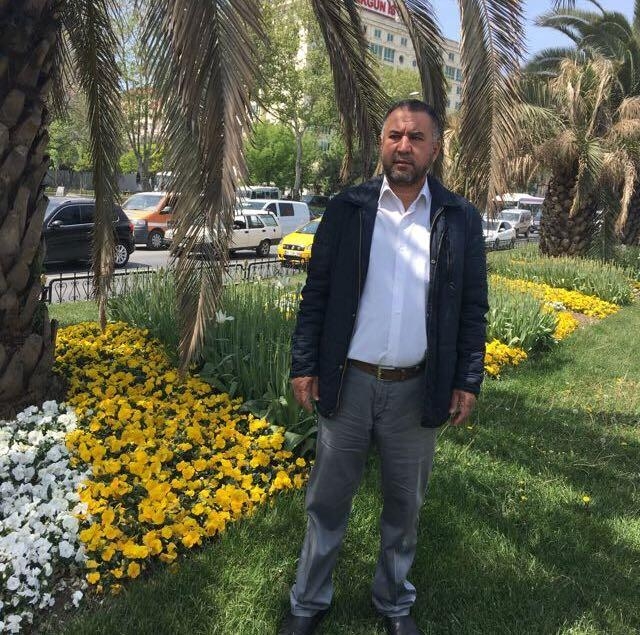 Tajik activist Namunjon Sharipov is on the list. He was detained in Turkey and renditioned back to Tajikistan earlier this year. (family photo via Human Rights Watch)

Zhanara Akhmet, a journalist and a critic of Kazakhstan’s government, fled her country in March 2017 with her nine-year-old son. She says she decided to leave after the editor of her newspaper was arrested and several criminal charges were filed against her.

She traveled to Kiev, where she applied for political asylum. It soon became clear, however, that Ukraine was not the safe haven Akhmet was seeking. Last October, she was arrested on the basis of an Interpol Red Notice issued by Kazakhstan.

Akhmet got off lightly in the end. She was released by court order in late November with help from Fair Trials, a British non-governmental organization specializing in the international justice sector. More importantly, she successfully fought to have her name removed from the Interpol list.

One goal of the project, which is run by John Heathershaw and Saipira Furstenberg of the University of Exeter, is to trace the dynamics of international repression against individuals like Akhmet. Another is to make the case for policy changes in international law enforcement bodies. Moreover, the creators of the database see it as a resource to help defend asylum seekers hailing from Central Asia.

The database, now in its second edition, draws on publicly available information, such as media reports and archives. It currently includes 255 individuals, among them former regime insiders, secular opposition figures, banned clerics, alleged religious extremists, journalists, civil society activists and relatives of exiled individuals who have been persecuted for the actions of family members.

To be included in the list, political exiles must have been subject to some form of repression between 1990 and the present. Depending on the severity of the case, the individuals are placed in one of three baskets.

Stage one includes people who have been subjected to informal warnings and threats, intimidation of family members, formal arrest warrants, Interpol notices and extradition requests. The next level is reserved for those who have been through arrest, detention or extradition proceedings. Stage three is the most extreme and includes potential targets of rendition, assault, kidnapping or murder.

The research has revealed patterns of political repression that have intensified since 2016, when the first edition of the database was published. One of the most notable has been the of intimidation and punishment of political exiles’ relatives who have remained behind. Tajikistan has become the most egregious practitioner in this area.

One notable recent incident, in August, involved the family of Tajik human rights activist Shabnam Khudoydodova. When her mother, brother and 10-year-old daughter Fatima boarded a plane from the Tajik capital, Dushanbe, to Almaty, in Kazakhstan, they were all ordered to disembark by security services. After sustained international pressure, the family was eventually permitted to leave the country, but the incident illustrates the lengths the authorities are willing to go to use relatives.

Another trend has been the use of digital surveillance to penetrate and track the exile community abroad, so as to keep tabs on members’ whereabouts. According to Furstenberg, this too is a trend that has been mostly visible in Tajikistan.

The blacklisting of individuals and using Interpol to pursue government critics abroad has also intensified.

“What we have observed is that although in 2016 Interpol adopted reforms to improve the diffusion and the issuing of Red Notices, there have been disparities between how Interpol works at the national levels and the supranational level,” Furstenberg told Eurasianet.

Despite repeated attempts to receive a comment on the use of Red Notices, Interpol failed to answer Eurasianet’s questions.

The researchers have noted an increased level of cooperation between the security services and governments of the five Central Asian states and both Russia and Turkey.

Turkey once constituted a relatively safe country for Central Asian exiles, mainly Tajiks and Uzbeks. In recent years, however, it has become clear that this is no longer the case. The detention of Group 24 leader Suhrob Zafar in March this year is just one example of how things have changed. His predecessor, Umarali Quvvatov, was shot dead in Istanbul in 2015.

“This database [is] an analytical tool and evidence for asylum applicants,” Furstenberg said. “But it can also be used by lawyers, for example, who are defending individuals facing deportation.”

With a growing number of political asylum requests being rejected in Europe, this function of the database has become especially useful to campaigners.

“Political activists, rights defenders, and journalists from Central Asia often find themselves in exile due to existential threats to their lives based on their peaceful exercise of fundamental rights to free expression or freedom of religion,” Human Rights Watch researcher Steve Swerdlow told Eurasianet.

“Especially now, in an environment where European or U.S. migration authorities are increasingly hostile to the notion of political asylum, the contextual information provided by the database is essential to winning an asylum proceeding and thus avoiding a return to torture or lengthy imprisonment.”

Swerdlow has already used the database.

“Not long ago, when testifying in a court on behalf of an Uzbek national, I drew on the database’s map of assassinations carried out by Central Asian security services in the territory of third countries,” he said.

The Central Asian dissident community has welcomed the database.

“It is a good and trusted resource compiled by well-known experts and as such it has value. The good thing is that the database is diverse in terms of groups and history,” said Mahmudjon Faizrahmonov, spokesman for the Islamic Renaissance Party of Tajikistan, or IRPT, which has been targeted by an unceasing wave of persecution since it was banned in 2015.

Faizrahmonov did note, however, that it would be useful for the database to be translated into more languages and that it could do with being expanded. He pointed to the large number of IRPT members eyed for arrest as an example.

The University of Exeter researchers agree the list is not exhaustive and they are committed to updating it with new names and facts. They also planning to look at European Commission data to gain a better understanding of the geographical distribution of political exiles in Europe and the most important challenges they face.