Kazakhstan and Kyrgyzstan both rely heavily on Russia for their grain and sugar needs. 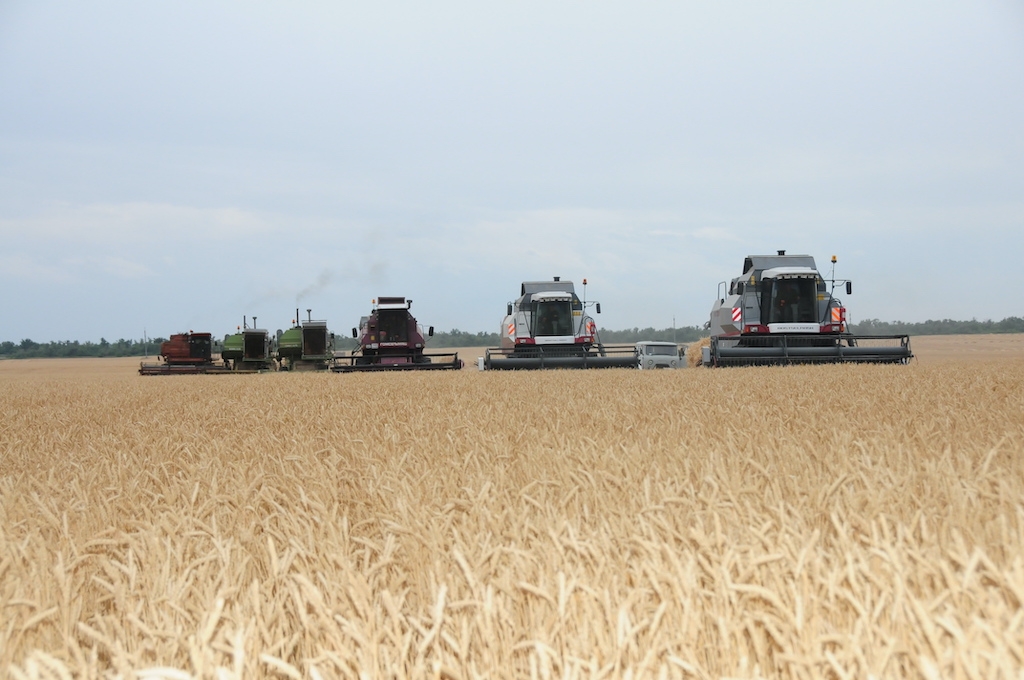 Russia says it has more than enough grain to meet its own needs. (Photo: Saratov government website)

The Russian government has announced that it intends to extend its ban on the export of grain and sugar to fellow members of a trading bloc until the end of August in a move that has sparked fear of food shortages around the region.

The Economic Development Ministry said on March 10 that the decision was motivated by the need to “ensure the country’s food security and to help protect the domestic market in the current climate.”

All the other member states of the Eurasian Economic Union, or EAEU, which comprise Armenia, Belarus, Kazakhstan, and Kyrgyzstan, will be deprived of the opportunity to import wheat, rye, barley, and corn from Russia until that designated date. Officials in Moscow insist that Russia currently has stocks of grain well in excess of its needs, but that the temporary prohibition has been instituted in part to prevent the re-export of crops to third countries.

“EAEU countries have already bought the amounts they need, free of duty, over the current season,” the Economic Development Ministry said in its statement.

Kazakhstan may take a different view, however. Last year, Kazakhs increased their volume of grain purchases from Russia by 77 percent, or around 2.3 million tons, coming behind only Turkey and Egypt as the main global buyers of Russian grain. Industry insiders say the real volume may be even greater, as official Russian data does not account for transactions made in the gray economy.

The grain harvest in Kazakhstan was especially bad last year as the result of an extended period of drought. While high temperatures constrained the volumes of grain grown, it did contribute to improving its quality and value, so much of the harvest was exported. Domestic needs were instead covered through the importation of inexpensive Russian wheat. That window of opportunity may have been snapped shut by Russia’s export ban though.

The Agriculture Ministry in Nur-Sultan has taken a bullish line and said in a March 11 press release that there were no grounds for concern over food security. Wheat stocks currently stand at around 6.7 million tons, which is sufficient to cover domestic needs until the next fall harvest, the ministry said.

But Yevgeny Karabanov, an expert at the Grain Union of Kazakhstan, an agrarian lobbying group, told Eurasianet that the Russian ban has already sparked panic-buying of flour and that some farmers have taken advantage by hiking their prices.

“Kazakhstan has enough grain, even a lot of surplus that can be exported,” Karabanov said. “What is important is that our authorities do not [also] impose export restrictions that could be harmful to the industry.”

The situation with sugar is more complicated. Output in Kazakhstan does not fully cover domestic needs. The country imports two-thirds of the sugar it consumes, and half of those imports come from Russia. Another important supplier is Belarus, which is also facing international sanctions for its role in supporting the hostilities in Ukraine. Officials have said current sugar stocks may only cover three months.

The business community is sensing longer-term issues in this situation. Writing on his Facebook account, Yerzhan Yesimkhanov, a partner at the Almaty-based law firm Grata International, said Kazakhstan’s “logistical network has been destroyed” because so many of the country’s imports passed through Russia. Deficits for many goods could be looming for Kazakhstan too, he said.

As the national currency, the tenge, loses value, the cost of imported goods will rise, businesses will fold, and a concomitant “drop in the standard of living of the population” will follow, Yesimkhanov said, adding that the government had not presented “a coherent program to address these problems.”

“There is a sense that the people in our country responsible for shaping [economic] strategy … are overwhelmed and deafened, while every single business is desperately looking for a way out,” Yesimkhanov wrote.

A trickle-down effect is bound to be felt in Kyrgyzstan. More than 90 percent of the country’s wheat imports are from Kazakhstan and Russia. While Kyrgyzstan produced almost 363,000 tons of its own wheat in 2021, it imported almost 125,000 tons from Russia.

Bishkek-based news outlet Kaktus reported that the price of sugar spiked overnight on the back of the Russian export ban news, from 80 som ($0.76) per kilogram to 90 som. The country’s two sugar factories account for 60 percent of demand, Kaktus reported.