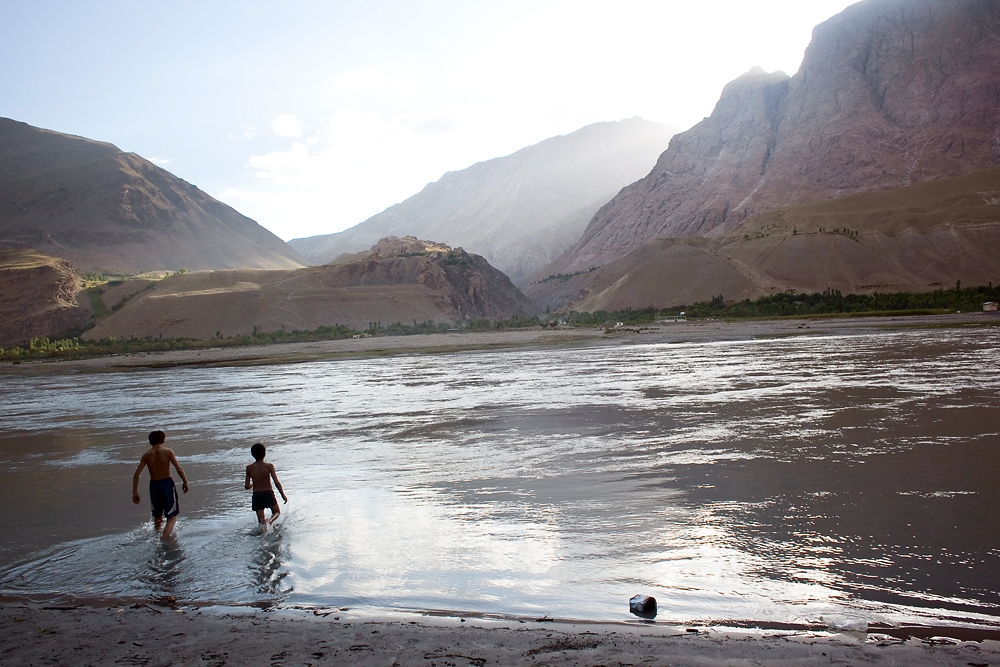 As US-led forces gear up to downsize in Afghanistan, Moscow is increasingly worried about the possibility of militants, drugs and instability seeping into Central Asia. This growing concern is pushing the Kremlin to seek a more hands-on role in Central Asian border security.

The greatest security challenge for Russia is Tajikistan, an impoverished country with a porous 1,400-kilometer-long border with Afghanistan. At least six armed clashes between security forces and suspected militants and/or drug traffickers reportedly occurred near the frontier during the first four months of this year. Officials in Dushanbe insist that Islamic militants are using Afghanistan as safe haven in efforts to topple the Tajik government. Independent observers, meanwhile, suspect much of the recent violence is linked to narcotics. Whatever the cause, Moscow is alarmed.

Russian forces patrolled Tajikistan’s frontier until President Imomali Rahmon asked them to leave in 2005. Moscow still keeps thousands of troops stationed in the country, but over the past year, the Kremlin has exerted pressure on Dushanbe to agree to the return of Russian border guards. Russian officials are quick to proffer statistics to support their stance: drugs with a street value reaching into the billions of dollars flow out of Afghanistan each year to Russia, via Tajikistan, causing approximately 30,000 drug-related deaths annually among Russian users.

Dushanbe keeps insisting that it does not need help. Some observers believe Moscow introduced painful new fuel tariffs on Tajikistan in an effort to get Dushanbe to relent on the border-guard issue. But so far, Rahmon’s administration has remained firm.

“It's a prestige and national image issue. You don’t just ask another country to police your borders,” Dushanbe-based analyst Alexander Sodiqov said of the government’s thinking.

Prestige doesn’t protect a country, however. Along the mountainous border “you only see two or three really thin, small guards every 20-25 kilometers. They are walking, afraid of every car, trying to see what’s on the other side of the border,” Sodiqov added. “Of course it’s not enough; they cannot guard the border.”

To the north of Tajikistan lies Kyrgyzstan, the only country to host both American and Russian military bases. Bishkek is eager for more foreign military support. Eyeing the recent violence in Tajikistan, President Roza Otunbayeva announced in March that both Moscow and Washington would open anti-terrorism training facilities near the border. The Russians have proposed a base for the Collective Security Treaty Organization (CSTO), a security body made up of former Soviet states. In early May, Otunbayeva also asked NATO for help securing the borders. NATO said it was “ready” to offer assistance but provided no details on the extent of cooperation.

Kyrgyz officials, at least publicly, seem to be in denial about the security risks on their borders. They emphasize extremism, while drug trafficking is the top problem, says John Heathershaw, a Central Asia expert at the University of Exeter. Without offering proof, officials regularly blame Islamist militants for ethnic violence that left over 400 dead during rioting in southern Kyrgyzstan last summer.

“It is easy to make those kinds of claims [about Islamic terrorists] because it fits their [local governments’] worldview about external threats and they’ll more readily believe that than the complex story of what really happened,” Heathershaw explained, referring to the 2010 violence.

“Networks work [throughout] Kyrgyzstan and involve Kyrgyz citizens, and Kyrgyz organized criminals,” Heathershaw continued. “This is not an external threat.”

According to a May 24 report by the International Crisis Group (ICG), about 95 metric tons of heroin, representing about a quarter of Afghanistan’s overall output, makes its way to international markets through Central Asia, the bulk of it passing via Tajikistan. “The drug trade is where organized crime, high-level corruption and national security intersect,” the ICG report stated.

Describing a deteriorating situation in the vicinity of the Pyanj River, which makes up Afghanistan’s northern frontier with Tajikistan, the ICG report alleged that Tajik officials are profiting from the narcotics trade, and thus are uninterested in tightening border controls. Compounding the security risks, the needs of drug traffickers for a sieve-like border make it easier for Islamic militants to infiltrate into Central Asia. “At a time of growing menace from Afghanistan, the first line of defense is being kept artificially weak,” the ICG report noted.

The United States has only tepid interest in supporting efforts to contain insurgent threats in Tajikistan, the ICG report suggests. Washington’s security interests in the region are arguably “coterminous with its presence in Afghanistan,” the report added.

Russian officials are leery of cooperating with the United States on anti-trafficking or anti-terror initiatives, believing that Washington lacks the wherewithal to see projects through to their completion. Many in Moscow believe that Russia will be left to clean up a mess in Afghanistan when Washington finally hands responsibility for security in the war-ravaged state to Afghan forces. The hand-over is currently scheduled to occur in 2014.

While it doesn’t trust the United States, Russia doesn’t want to assume sole responsibility for regional security, according to Fyodor Lukyanov, editor of Russia in Global Affairs. “Russia is much less eager now to take individual responsibility and more eager to try to organize interstate solutions under Russian leadership,” Lukyanov said in a telephone interview from Moscow.
There don’t seem to be any multilateral security options at present that would assure Russia of having a decisive voice in determining strategy and tactics. The only group with that kind of potential is the Collective Security Treaty Organization (CSTO). But so far, the CSTO has proven incapable of playing the role of Central Asian security enforcer.

The organization failed miserably last summer, when it was faced with its greatest test to date – the ethnic violence in southern Kyrgyzstan. When President Otunbayeva requested emergency assistance, the CSTO, seemed paralyzed by indecision, dithered and declined to take any action.

“Russia preferred not to act alone,” explained Lukyanov. But now “the most crucial issue for Moscow is how to make CSTO a real, able military body and alliance. … It’s still a club of Russia’s friends, not much more, without clear commitments. But it [cohesion] is urgently needed.”

“When NATO and the United States leave [Afghanistan], no one will be ready to discuss security guarantees to Central Asia but Russia,” he added.