The gathering had been intended to create regional solidarity in the face of overbearing pressure from China, Russia. 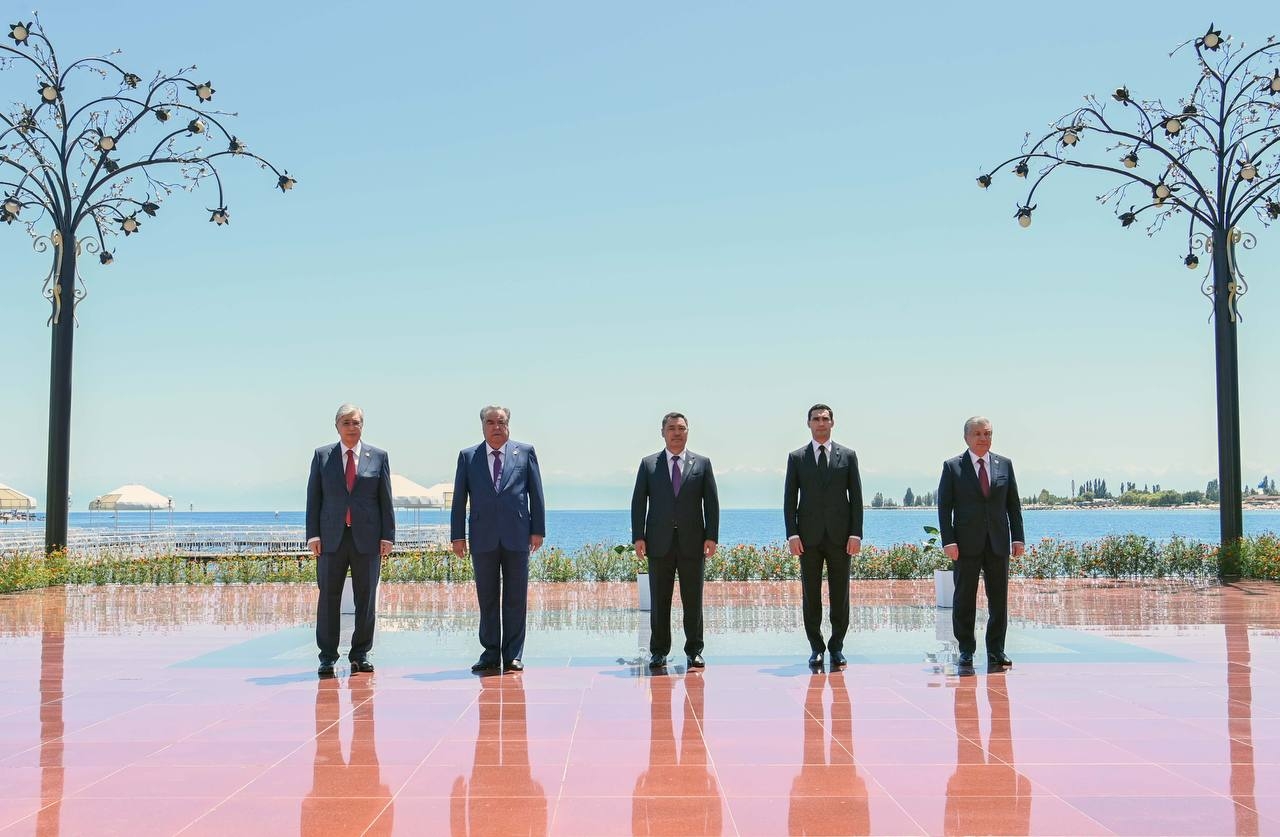 The president of the five countries of Central Asia posing for a photo by Issyk-Kul Lak. (Photo: Official handout)

Tajikistan and Turkmenistan soured a gathering of Central Asian presidents taking place in Kyrgyzstan on July 21 by refusing to sign off on a treaty committing all countries to “friendship, good neighborliness and cooperation.”

Kyrgyzstan’s presidential administration said in a statement that the Tajik and Turkmen delegations said that they would refrain from signing the document until they “completed all internal procedures.”

No elaboration was provided for that explanation.

The gathering of leaders in the Issyk-Kul Lake town of Cholpon-Ata, which was billed as a consultative meeting, had been viewed as an opportunity for the region to pursue more integration and emerge from under the overbearing influence of neighboring nations like Russia and China.

Kazakhstan’s President Kassym-Jomart Tokayev said a speech delivered during a meeting with the other four president that it was “extremely important to strengthen our unity and not to allow unnecessary competition with one another.”

“In this respect, the timely signing of the Treaty of Friendship, Good Neighborliness and Cooperation for the Development of Central Asia in the 21st century is of particular importance,” Tokayev said. “We welcome the willingness of all parties to sign this historic treaty in the near future.”

Failure by all leaders to reach common agreement on that overarching agreement will come as a blow to that agenda.

One section of the declaration envisioned the resolution of any disagreements between the five nations exclusively through dialogue and the establishment of mediation forums. This point seems most relevant at present to Kyrgyzstan and Tajikistan, whose border troops have in recent years been embroiled in a worsening cycle of armed clashes along disputed sections of their shared border.

Tokayev made a clear reference to this issue in his remarks.

“Every shot fired at interstate borders sounds heavily not only in the countries involved, but throughout the whole region,” he said. “Our states should instead show how to pursue a civilized and responsible settlement to differences.

Failure to address cross-border tensions could, he said, nullify all efforts to develop cooperation in Central Asia.

Other agreements were signed by all parties, however. Those included a roadmap for the development of regional cooperation for 2022-2024, a concept paper for interaction among Central Asian states within multilateral formats, and a document titled the Regional Green Agenda Program for Central Asia.