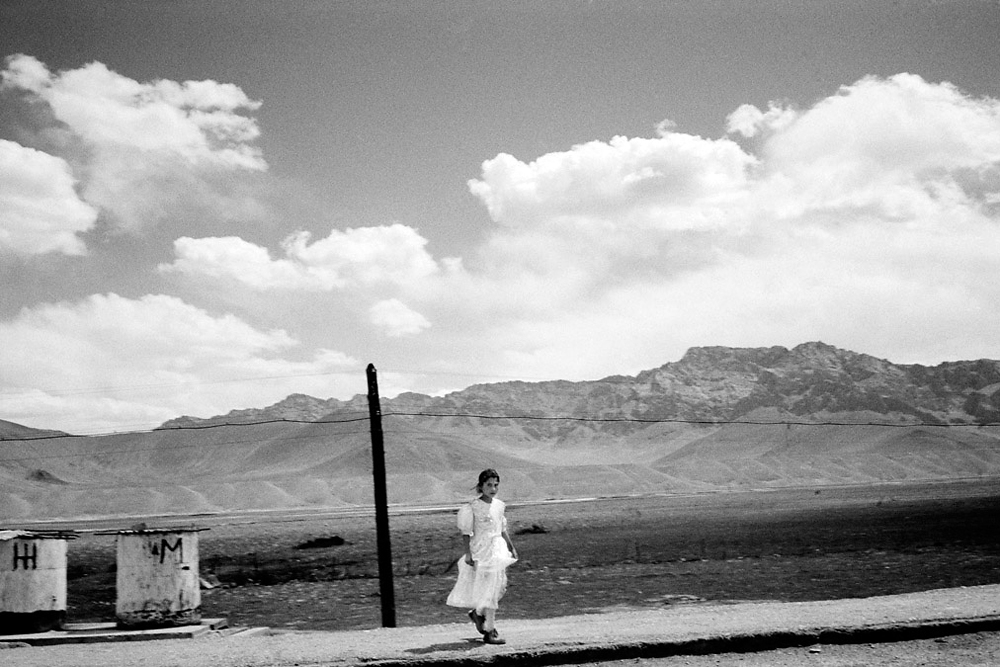 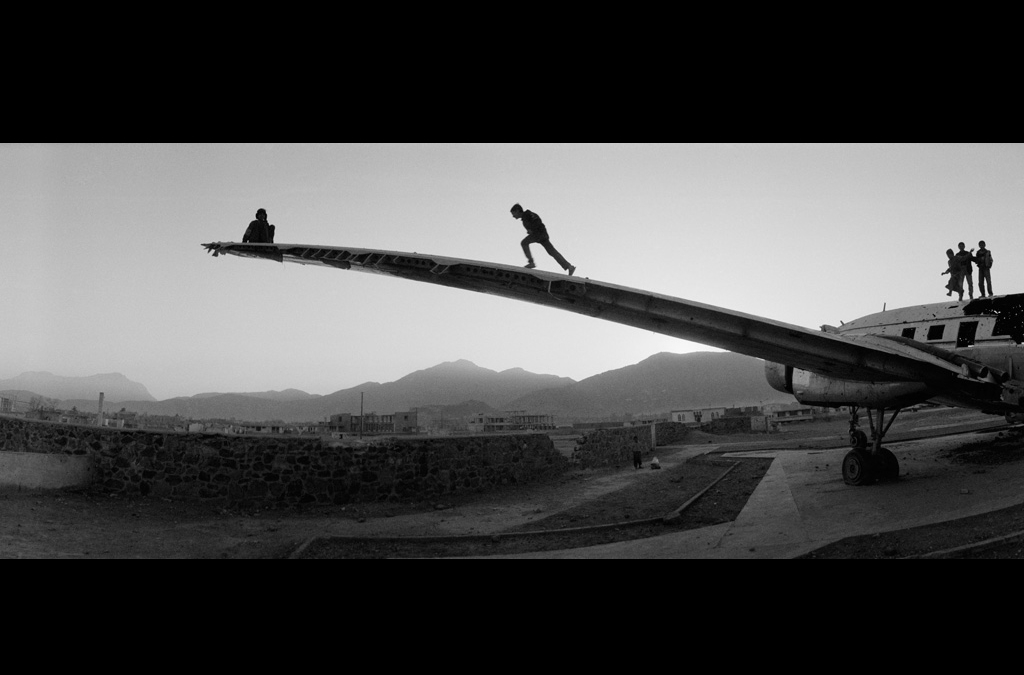 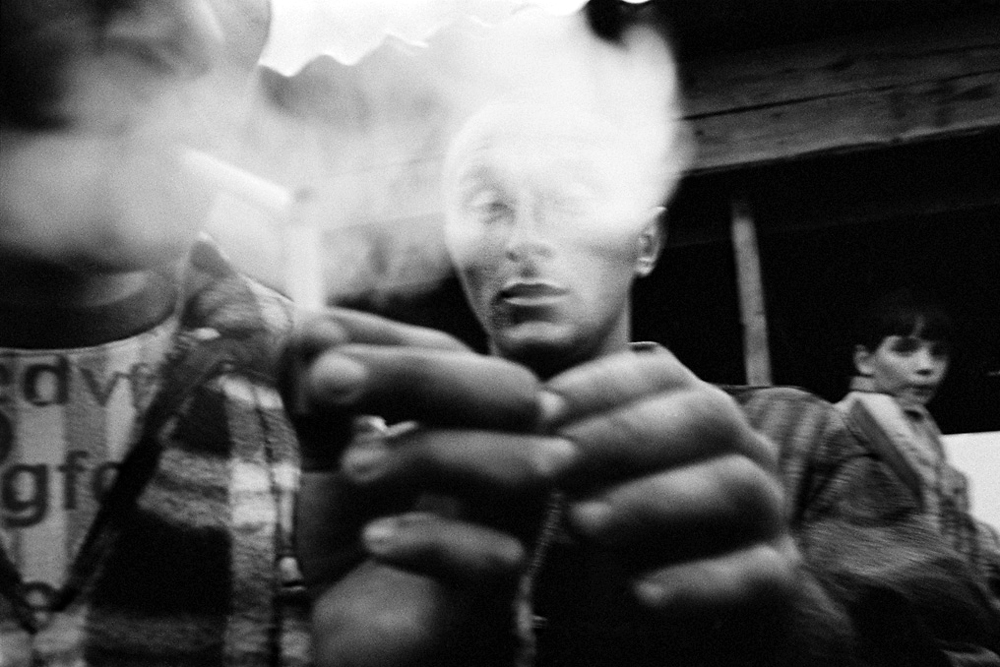 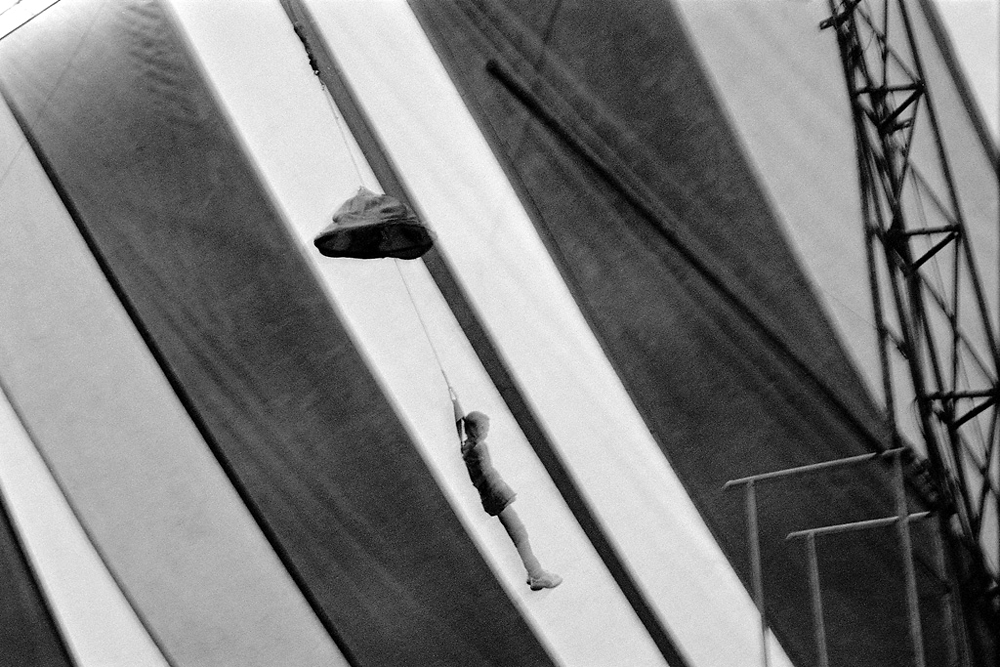 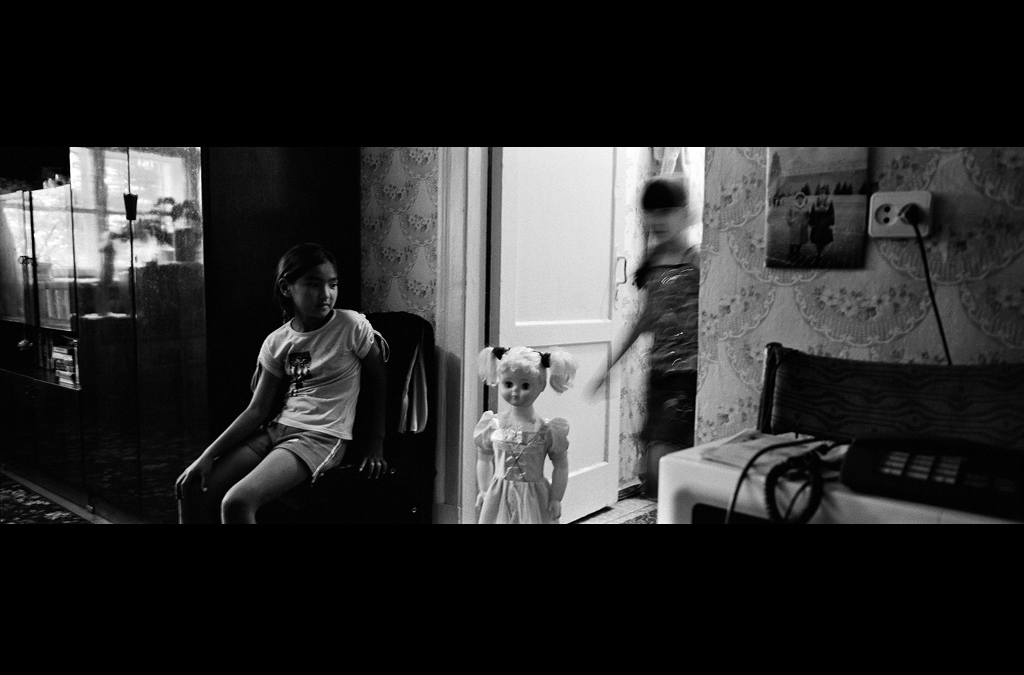 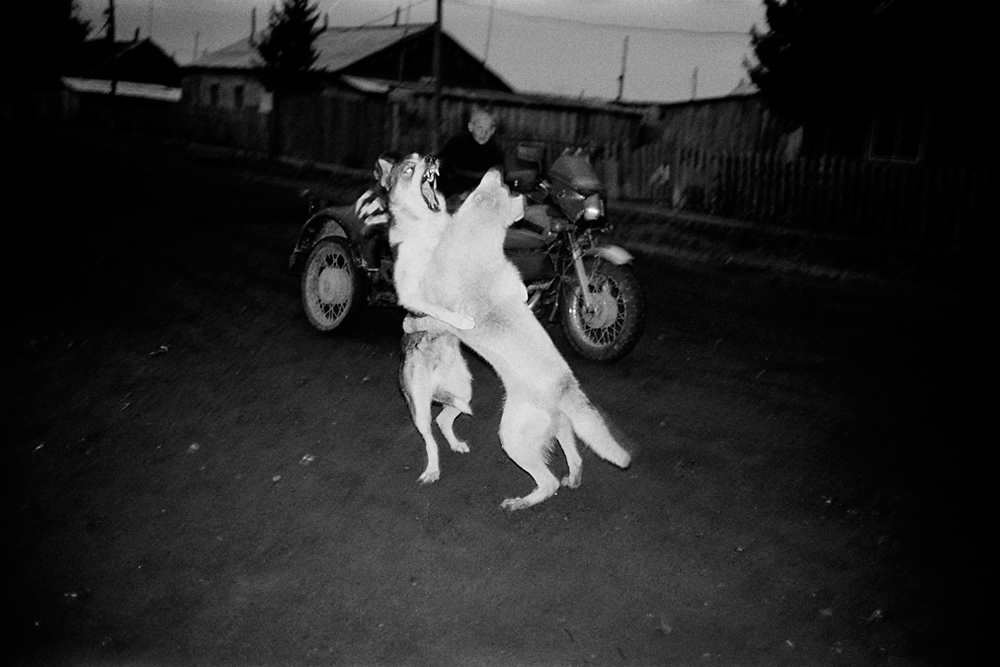 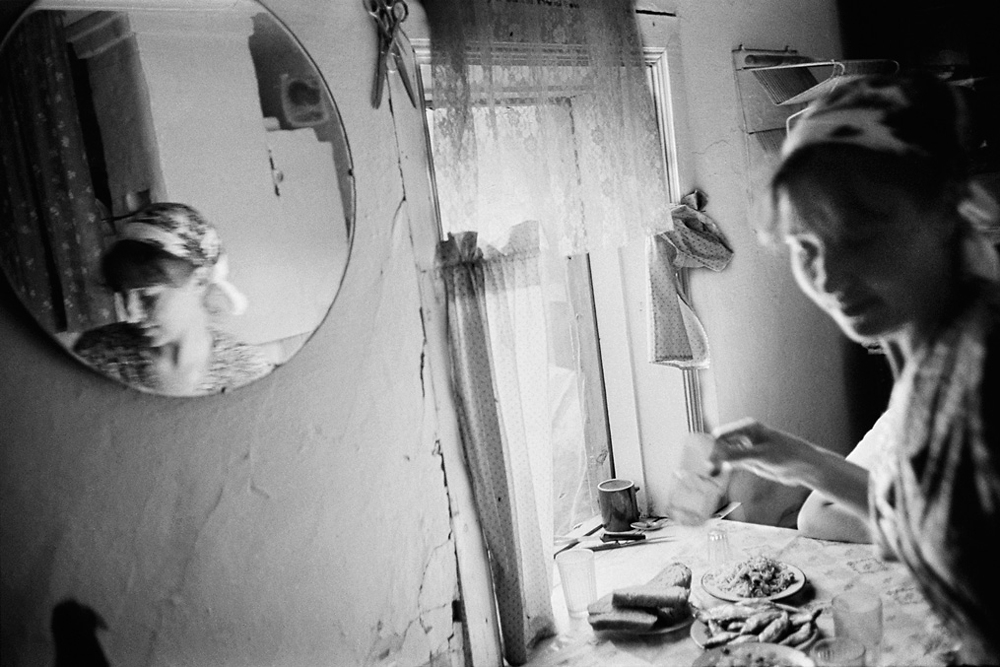 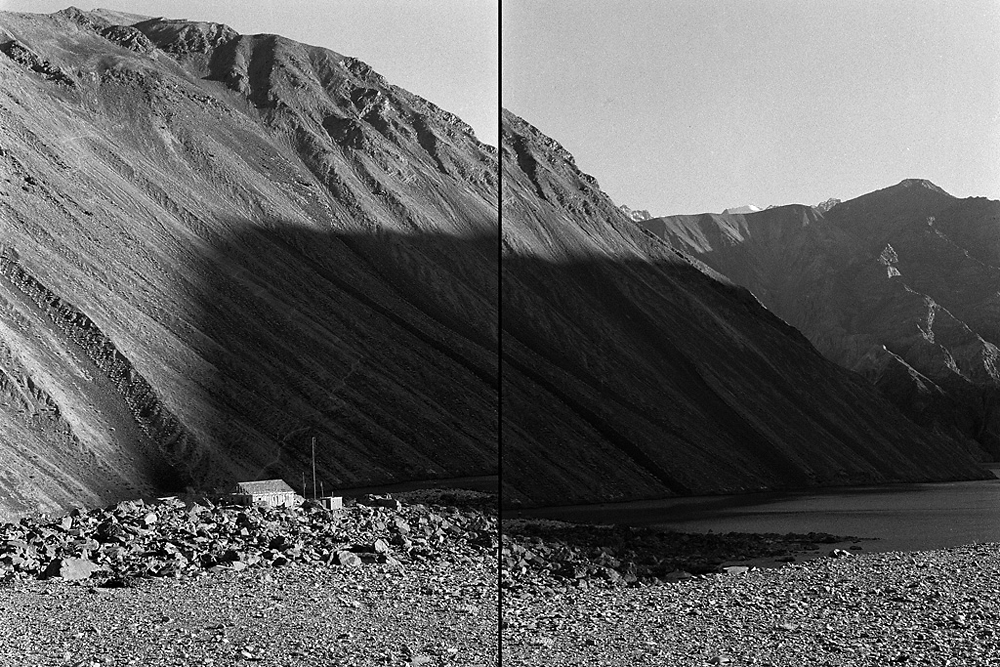 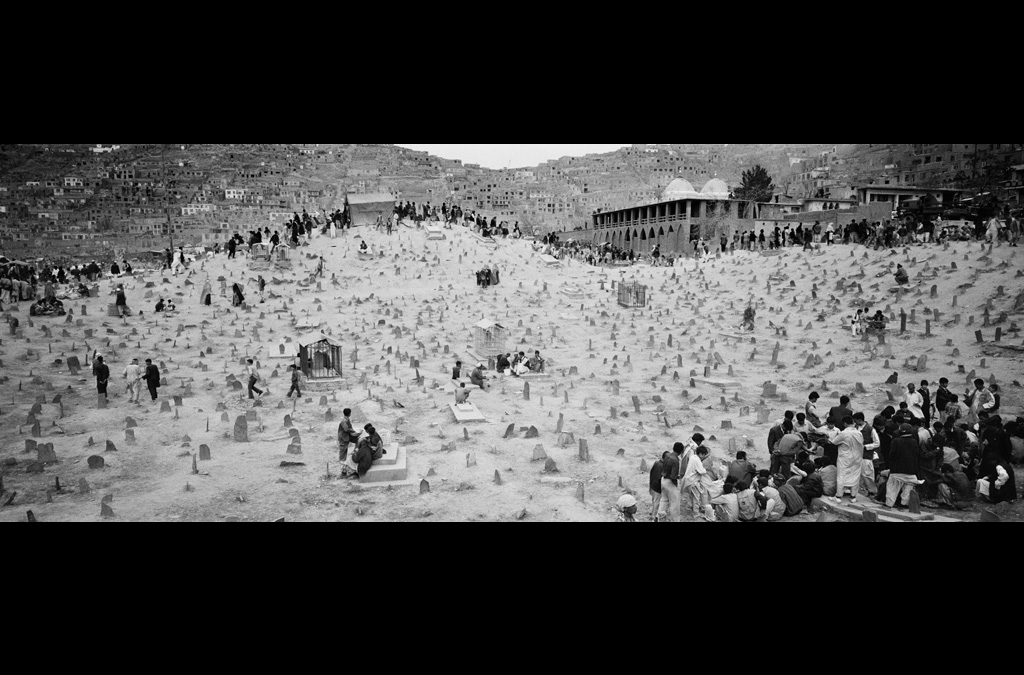 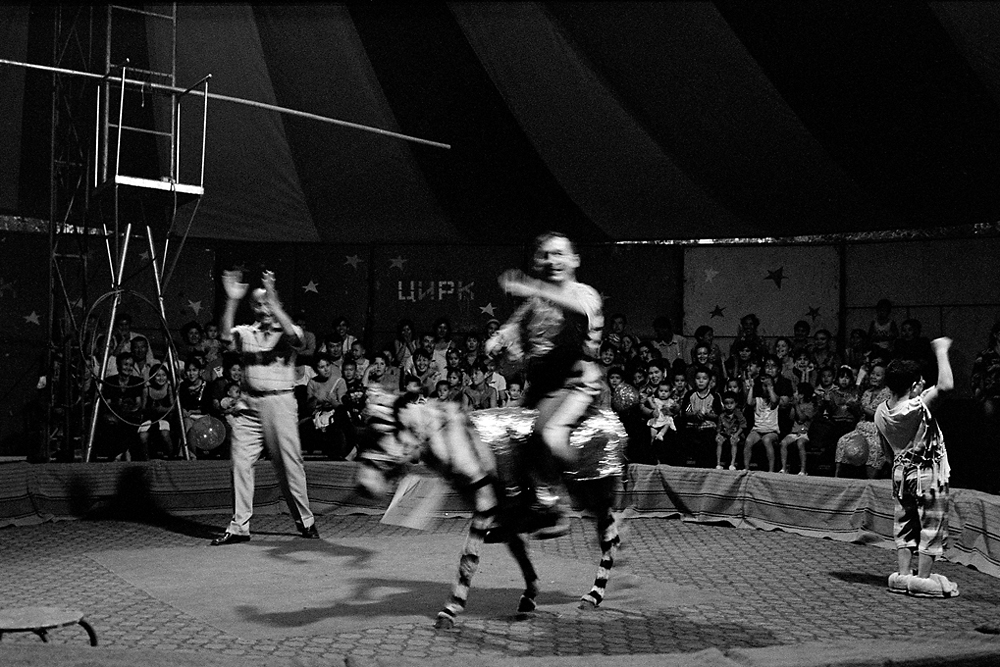 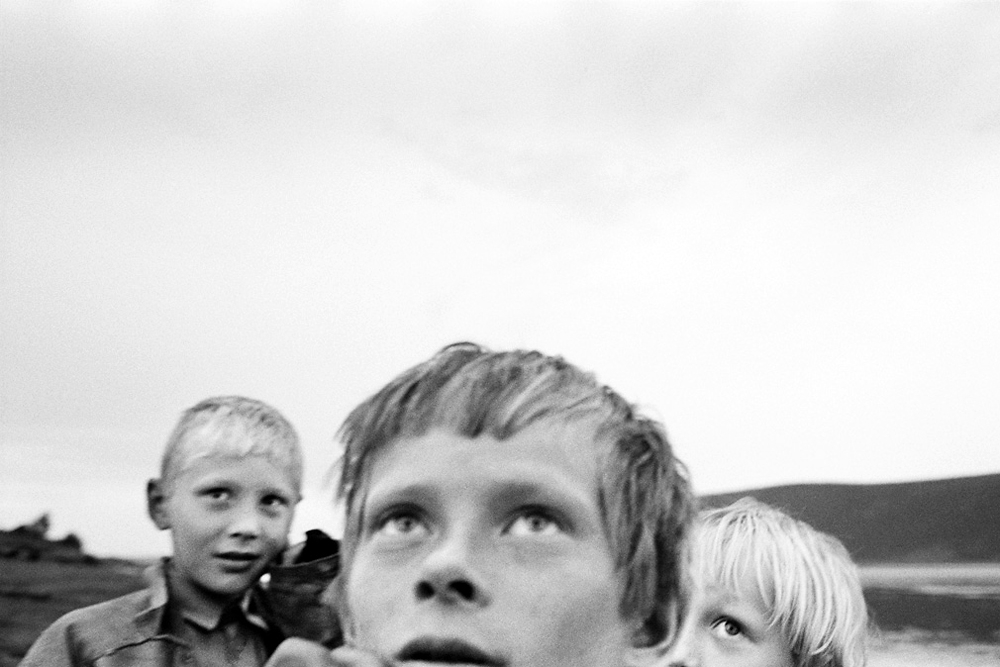 Anyone who’s traveled in the vast open spaces of Central Asia has heard it, or seen it plastered on roadside monuments punctuating long stretches of highway: Ak Jol in Kazakh and Kyrgyz and Oq Yol in Uzbek. “White Road.” It means something like “safe journey” or “have a good trip.”

The refrain, which is the title of this new book, marks the places in-between, the places where photographer Ivan Sigal found himself constantly between 1998 and 2005 – a traveler in a region on the move, a region searching for work, and meaning, in a vacuum as wide as the steppe.

Working in the liminal spaces blown open by the collapse of the Soviet Union, Sigal blurred the line between artist and documentarian, offering an intimate portrait of a changing region. At times the images are sharp, sunlit and full of hope. Others are melancholic, even tipsily blurry, and full of tension.

Sigal can offer such a range of emotions because he is one of the actors, an outsider on the edges of each frame, acknowledged as such by himself and his subjects. Aware of the responsibility that brings, and freed from the burden of working on deadline, his creative strength remains unsapped by demands for objectivity from far-away editors and armchair observers. He's close, inside the action; there is no zoom lens here.

The photo sequences weave around with a purpose, like Sigal did in those years while working on media development projects, between Tajikistan’s high Pamirs and Bukhara and Kabul and Karakalpakstan and Osh and the Yenisei River in Siberia. Sigal takes us on his relentless journey, pairing images obsessively until readers, like the photographer, feel displaced, with only a faint sense of where they've landed.

On one page, a young woman toasts a group of friends, arm outstretched, fingers cradling a stopka, or shot glass, in the air. On the next, a Soviet-era mural in Aralsk shows a young Central Asian man hoisting a rifle – his gun-toting fist mirroring the delicate hand armed with vodka. In between, a furtive child, looking off the frame, pops his head up, before we return to the women toasting in Shymkent.

Every sequence is conscious. “Each journey has its own story, and with this project I've been thinking about change to the region less from the perspective of political theories or social science abstractions, and more as the accumulated weight of the specific histories of many individuals,” Sigal told me.

Text accompanying the photos helps explain Sigal’s drifting, confirming he is on a journey with no particular destination, wandering in a region stuck between an extinct Soviet past and no apparent future, unable to pull over or turn around. “Central Asia is far from everything, even from itself. Travel on roads narrow and potholed, on slow trains with many stops, long delays at airports, local flights cancelled for want of fuel or passengers,” he writes.

Like his writing, Sigal’s photos often say more about his view of the world and his relationship with his subjects than the places he visits. As co-editor Paul Roth notes in the afterword, Sigal “sought to make photographs more allusive than descriptive, more poetic than reportorial, and, ultimately, more revelatory about the enigmas of life. … Over time, what emerged from Sigal’s lens, and from his pen, was a series of vignettes: a travelogue through a realm of dislocation.”

Throughout the book, Soviet-era maps serve as signposts, charting a life that was, or could have been: These orderly plans of towns constructed at 90-degree angles belie today’s decay. The neat maps embody the palpable Central Asian nostalgia Sigal has not just witnessed, but feels deeply enough to share.

Ivan Sigal's “White Road” (two volumes, 471 pages) was published in November by Steidl. The accompanying exhibition at the Corcoran Gallery of Art in Washington, DC, runs through January 27. For more information, visit Sigal’s website or find him on Twitter.

David Trilling is EurasiaNet's Central Asia editor. Full disclosure: He has known Sigal since 2002, worked with him in Afghanistan, and has had the pleasure of seeing him shoot on several occasions.