Eurasianet sources say dozens of planes from Afghanistan have landed in Tajikistan and Uzbekistan over the last 24 hours. 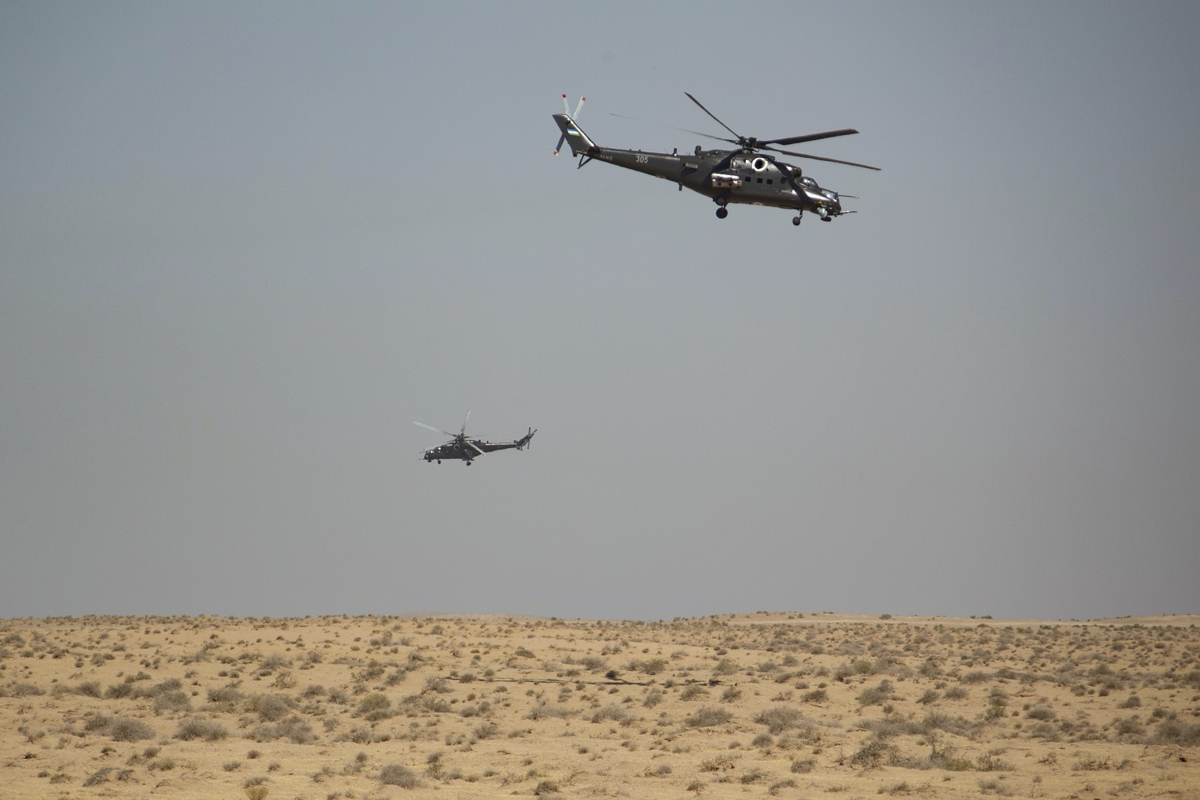 Governments across Central Asia appear as stunned as the rest of the international community in the face of the rapid disintegration of order in neighboring Afghanistan.

Some leaders have held snap consultations with security officials and defense allies. Others are choosing to remain mute in the face of rapidly unfolding events.

The potential for spillover looks limited for the time being, but multiple episodes of flight by defeated Afghan soldiers may be a troubling omen.

A representative of the Afghan Embassy in Dushanbe told Eurasianet that more than 140 servicemen flew into Bokhtar airport in Tajikistan on August 15 onboard at least 16 different aircraft. He said the pilots had commandeered the aircraft to ensure they did not fall into the hands of the Taliban.

RFE/RL’s Tajik service, Radioi Ozodi, cited its sources in the local Emergency Situations Ministry with different figures – 143 Afghan servicemen and three aircraft. The troops handed over 55 items of small arms and were later housed at the dormitory of a local university, the broadcaster reported.

“What I see before me are heroes. The cowards are those people in the leadership who escaped, even though people sacrificed themselves for them,” Aghbar told an assembly largely composed of men in uniform.

At least 84 Afghan soldiers managed to cross into Uzbekistan on August 14 in the wake of the Taliban’s capture of the northern city of Mazar-i-Sharif. Images had circulated earlier in the day of a long line of vehicles carrying troops waiting for admission into the country across the Friendship Bridge.

An official in the Afghan consulate in Termez, in southern Uzbekistan, told Eurasianet that the men were fighters affiliated with ethnic Uzbek commander and one-time first deputy president of Afghanistan, Abdul Rashid Dostum, and Atta Muhammad Nur, the now-former governor of the Balkh province. Many dozens of field commanders, as well as hundreds of Afghan civilians, were turned away by Uzbek border personnel, the official said.

The Uzbek Foreign Ministry said in a statement over the weekend that it was negotiating with the Afghan government on returning soldiers to their home country. The government in Kabul has collapsed since that statement was issued, however.

A reporter based in Termez with sources in Uzbek military forces told Eurasianet that 19 passenger planes have also landed in the city carrying refugees. The identity of those refugees is not yet known, and Uzbek officials have not commented on this development.

Even more desperate attempts at escape appear to have occurred. Tashkent-based website Gazeta.uz reported that an aircraft with Afghan air force markings crash-landed in southern Surkhandaryo region on the night of August 15. Aviation enthusiasts have identified the stricken craft as possibly being an A-29 Super Tucano light attack aircraft. The website reported on at least one fatality and cited sources as saying two Afghan servicemen were being treated for injuries at a hospital in Termez.

The Uzbek Defense Ministry later confirmed that it had shot down the plane.

Statements out of Central Asian capitals have largely been confined to dry updates on consultations over the situation in Afghanistan.

“An agreement was reached between [security] agencies of the two countries to ensure close ties and cooperation in ensuring regional security and stability,” Mirziyoyev’s office stated, providing no details.

Presidential administrations in the other two former Soviet states neighboring Afghanistan, Tajikistan and Turkmenistan, have failed to acknowledge events at all.

As for Russia, while its security officials have for years been periodically fanning alarm about the alleged mustering of militants with the Islamic State along the border of Central Asian nations, its envoy in Kabul played down concerns this would happen now that the Taliban have taken charge.

“I have no such concerns,” Zamir Kabulov, Russia’s ambassador to Afghanistan, was cited as saying by Interfax news agency. “I have seen in practice how the Taliban, unlike the Americans, and NATO as a whole, as well as the fugitive Afghan government, fight with the Islamic State, and they fight mercilessly.”

Officials in Kazakhstan and Kyrgyzstan, neither of which share a border with Afghanistan, have also mostly stuck to assurances that they are keeping a close eye on events.

The office of Kazakh President Kassym-Jomart Tokayev said he had ordered security officials “to comprehensively monitor the development of the situation in Afghanistan, as it is extremely important for making decisions regarding further cooperation with that country.”

These two have to date differed in their humanitarian response, however.

A Kazakh Foreign Ministry spokesman told journalists on August 15 that it did not, contrary to what was being stated in social media reports, have any plans to accept refugees from Afghanistan.

“The information that has been disseminated does not correspond to reality. The situation in Afghanistan is changing hourly, so it is premature to talk about any concrete decisions,” the spokesman, Aibek Smadiyarov, told TASS news agency.

Tokayev’s office has since said that no final decision has been taken on this matter.

“We are well aware that it is impossible to get a quality education amid an armed political confrontation, when the economic life of a country is paralyzed and thousands of families are being forced to leave their homes,” Kamchybek Tashiyev, the head of the State Committee for National Security, or GKNB, said in a statement carried by local media. “For this reason, we consider it our duty to provide all possible support to talented Afghan students by providing them with visas to study in the universities of Kyrgyzstan.”

Tashiyev said that he was particularly concerned about the fate of young Afghan women amid the ongoing unrest.

**Updated August 16 to include confirmation from the Uzbek Defense Ministry that it had shot down an Afghan military plane.