Central Asia: The Drop in Remittances from Russia is Bad. But How Bad? 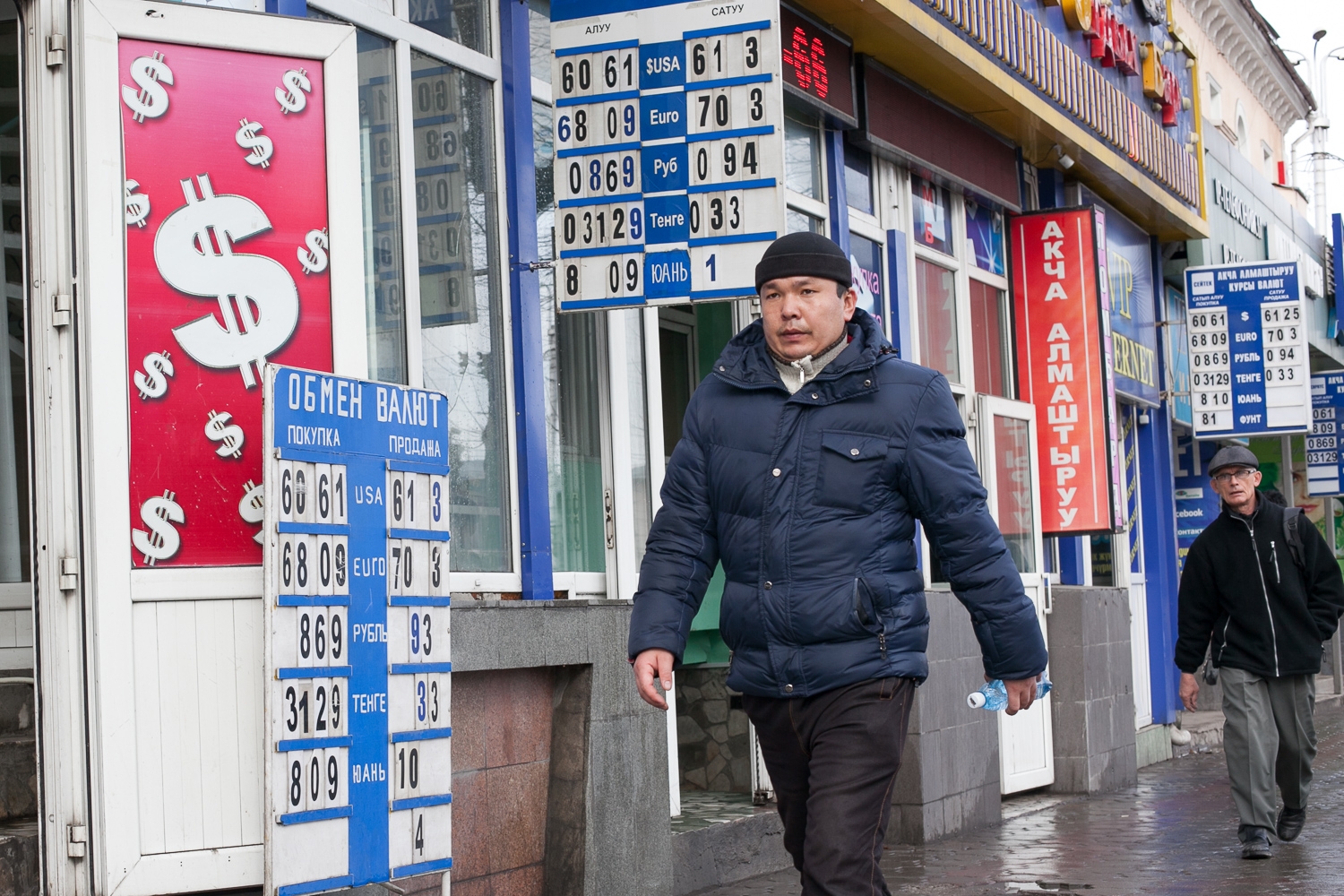 Russia’s Central Bank has released new data showing drops as steep as 15 percent in the amount of money transferred by individuals to Central Asia in 2014 versus the year before. Much of that cash – no one can say exactly how much – comprises remittances from labor migrants. There is no question that remittances make up a huge part of post-Soviet Central Asia’s economies, but their net, long-term effect is far from clear, especially since figures can be misleading and misused.

Much about remittances remains poorly understood: They encourage consumption and seem to reduce poverty overall. But how do they affect growth? Some economists believe they may actually hurt it by contributing to a massive outflow of workers – a consequence that’s tricky to quantify.

Remittances may also have contributed to property bubbles in both Kyrgyzstan and Tajikistan, which are, according to the World Bank’s calculations, the world’s two most remittance-dependent countries. Kyrgyzstan’s National Bank governor says that when his countrymen have cash to spend they “buy apartments, which is why our construction sector is booming – because they don’t have any other assets available [to buy].”

On a human level, the region’s outflow of able-bodied adults has left behind countless poorly-cared-for children, elderly parents and grass widows. What impact does that have on a country’s socioeconomic fabric?

Moreover, the numbers can be confusing.

For example, the data released by Russia’s Central Bank on March 20 covers “transfers by individuals” without distinguishing money sent home by migrant workers from other types of transfers – for instance, payments by individual proprietors for goods or services. Figures from different countries can also vary: according to Russian data, transfers to Kyrgyzstan fell 2.1 percent last year compared with 2013, but according to Kyrgyzstan’s National Bank, the transfers – almost 97 percent of which, by its count, come from Russia – fell 5.1 percent in the same period.

Another open question about remittances’ net effect on local economies has to do with the region’s onerous bureaucracy and ubiquitous corruption. Officials would like to see transfers shoveled into small businesses, but red tape and greedy inspectors make that prospect appealing only to the well-connected.

One common source of confusion involves juxtaposing remittance transfers with GDP – an often-used, convenient device for giving a sense of their scale. But countless journalists – myself included – and even government officials, have incorrectly expressed the relationship as a fraction of a whole. In fact, it can only be expressed as a ratio, or a comparison of two separate quantities, given that remittances are not included in the calculation of GDP. Thus, remittances do not “make up 50 percent” of Tajikistan’s GDP, as the State Department wrote in its most recent budget request. It would be more accurate to state that the total amount of remittances sent to Tajikistan is equivalent to roughly half the country’s GDP.

Ambiguities notwithstanding, there is no doubt that remittance transfers play a huge role in Central Asia. Today, they total the equivalent of 32 percent of Kyrgyzstan’s GDP and 42 percent of Tajikistan’s, according to the World Bank’s most recently available calculation. Over a million Tajikistanis, or roughly one-half of working-age males, labor in Russia, along with about the same number of Kyrgyzstan’s citizens – approximately one-fifth of that country’s population.

Remittances are the single largest factor determining foreign exchange supply in these countries, according to Ben Slay, a senior UNDP economist specializing on the region. “In Tajikistan remittance inflows are bigger than all reported merchandise exports [combined],” Slay said. “They really matter.”

The decline in money transfers from Russia – by 7.6 percent to Tajikistan and 15.5 percent to Uzbekistan (all calculated in dollars) – accelerated toward the end of 2014; it seems destined to get worse this year as Russia’s economy enters recession.

The figures underscore how exceptionally vulnerable Central Asia is to developments in Russia. The Asian Development Bank said on March 24 that growth across the region would slow due to Russia’s downturn: in Kyrgyzstan the rate is expected to drop from 3.6 percent in 2014 to 1.7 percent; in Tajikistan from 6.7 percent to 4 percent.

In political terms, Central Asia’s economic dependency – in part because of mass labor migration – gives Moscow significant leverage when negotiating all sorts of deals – from military-base rights to trade pacts. If Russia encounters resistance in negotiations, it can always threaten to send those millions of young men home to their corrupt, jobless native lands, and local leaders know all those frustrated and unoccupied souls could end up making trouble.

Considering the political context surrounding remittances, it is not surprising that officials in recipient countries are concerned about the numbers.

Both in Tajikistan and Kyrgyzstan, high-level officials have argued that transfers from abroad should be broken down to distinguish between remittances and small businesses’ earnings. Kyrgyzstan’s Prime Minister Djoomart Otorbaev told me that “about half of the money [in the World Bank’s calculation] is not laborers’ remittances; it is profit-taking and trade revenues.”

Slay, the UNDP economist, defends the World Bank’s numbers and approach, estimating that at most the figures could be off by 5 percent. Also, because the methodology was applied globally, Tajikistan and Kyrgyzstan still occupy the top spots for remittance-dependence relative to other countries. Whatever margin of error there may be “doesn’t change the fact that for so many vulnerable people and small businesses, remittances coming out of Russia to Central Asia are just so important,” Slay said.

Many Central Asians are waiting to see what happens this spring, when the real effect of the Russian downturn and the much weaker Russian ruble becomes plain. “Half a year ago it was okay,” said Arzigul Sadykova, a 55-year-old cigarette vendor in Bishkek, speaking of family members in Russia. “But now our migrants feel like slaves. They still work hard in Russia, but their wages in som [the local currency] have fallen. They think about coming back but wonder what they could do here.”

There is no doubt that notable fluctuations in remittance volumes can have a major impact on political and social developments in Central Asia: During the 2009 downturn in Russia, for instance, remittances to Kyrgyzstan fell 28 percent according to World Bank data. Within a few months, street riots lead to the president’s bloody ouster, leaving about a hundred dead.