The five presidents could not seal a friendship deal or agree on which challenges face their region. 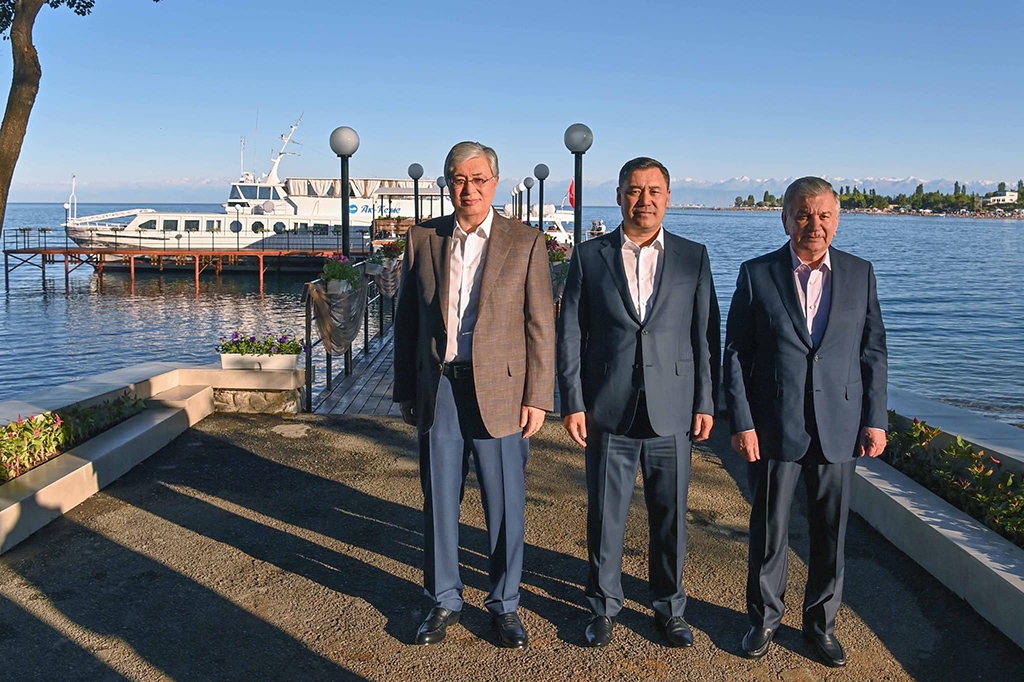 The get-together of Central Asian presidents on the northern shore of Kyrgyzstan’s Issyk-Kul Lake this week had been billed as a historic chapter in the march toward regional integration.

In the end, though, the event was a little more downbeat.

The world beyond Central Asia, as most of the five presidents described it in their speeches, is a place brimming with threats and looming catastrophe.

And when the time came for the leaders to sign off on the document that was intended to cap the meeting – the Treaty of Friendship, Good Neighborliness and Cooperation for the Development of Central Asia in the 21st century – two of them demurred.

Tajikistan and Turkmenistan have yet to resolve their own internal procedures before they can go ahead with the treaty, according to the Kyrgyz government, which organized the gathering. This was unpersuasive seeing as both those countries are deeply authoritarian, meaning that the president’s word is usually the only one that counts.

A high-level diplomatic source from the region has told Eurasianet, however, that while this turn of events was disappointing, it did not signify the end of the road for dreams of deeper regional cohesion.

“I would see this as a hiccup, not a tragedy,” the official said.

The same source anticipated that Tajikistan and Turkmenistan would sign the treaty in the “coming weeks.”

The Friendship Treaty was in its inception the brainchild of Kazakhstan’s former president Nursultan Nazarbayev, who first advanced the proposal at the second consultative meeting of heads of state of Central Asia in the Uzbek capital, Tashkent, in November 2019. What took place in Cholpon-Ata on July 20 was the fourth consultative meeting to date.

The initiative receded into the background amid the disruption of the COVID-19 pandemic, but it was revived by Nazarbayev’s successor, Kassym-Jomart Tokayev, in 2021. Tokayev’s enthusiasm for the concept showed in Cholpon-Ata. Of all the leaders at the meeting, he was the one who spoke in most detail and in aspirational terms about what integration could bring to the region.

“Central Asian economic cooperation may well become, if not the main, then at least one of the key sources of growth of our national economies,” he said. “It is important to establish close cooperation to eliminate structural and infrastructural constraints.”

Connectivity is a recurring mantra for all the region’s leaders. But while links have in recent history been strongest with China in the east and Russia in the north, and even Europe to the west to a lesser extent, the ambition is to turn increasingly to the south.

Tokayev offered the vision of building the Mazar-i-Sharif-Kabul-Peshawar railroad going from near the southern border of Uzbekistan through Afghanistan to Pakistan as one example of how that could be achieved. The railroad going from Kazakhstan to Iran via Turkmenistan, which was inaugurated in 2014, is another option, he said.

This idea is also being vigorously championed by Uzbekistan, which earlier this month proposed a resolution to the United Nations General Assembly on “strengthening connectivity between Central Asia and South Asia.” The resolution was adopted without a vote.

Whatever optimism Tokayev evinced was in short supply among his colleagues, however.

When Tajik President Emomali Rahmon took his turn to talk, he devoted several minutes of his opening remarks to expressing his concern over extremism, terrorism, drug and arms trafficking and cyber-terrorism. His fear-led catalogue culminated with his evocation of faceless external players that Central Asian presidents have all taken to blaming for popular discontent within their borders.

“Recent events in our countries are evidence of how various forces keep making plans to foment instability in our region,” he said in an apparent reference to unrest in Kazakhstan in January, in his own country’s Gorno-Badakhshan Autonomous Region in May and June, and in Uzbekistan earlier this month.

This paranoid and insular streak flavored much of the speech delivered by Turkmenistan’s president too. Serdar Berdymukhamedov worried about the “outside imposition of ideas and attitudes that run counter to the historical traditions of the peoples of Central Asia.”

Rahmon and Berdymukhamedov alike dwelled on the question of Afghanistan, with which their two countries share long and difficult-to-secure borders, but while the former used his time to inveigh against the Taliban regime, the latter adopted a more conciliatory line.

“As neighboring states of Afghanistan … we need to continue to intensify efforts to stabilize the situation in that country so as to create the conditions for achieving national reconciliation through peaceful dialogue,” Berdymukhamedov said.

Kyrgyzstan’s President Sadyr Japarov, who was the last of the five to speak, echoed earlier remarks when he conjectured that “destructive forces, including external ones, are enlisting religious fanatics and criminals to their cause.” He then praised the actions taken by neighboring leaders to quell turbulence in their countries, although he perhaps understandably avoided reminding them that he was sprung from prison and ushered into power in October 2020 through the very kind of popular uprising that causes his counterparts nightmares.

Uzbekistan’s President Shavkat Mirziyoyev expressed his concern over another type of threat. Turbulence in the global economy, he said, was fueling inflation and endangering food and energy security in Central Asia. It is little surprise that Mirziyoyev sees some part of the solution to these problems within the region itself – he has dedicated considerable diplomatic efforts since coming to power in 2016 to building bridges wrecked by his isolationist predecessor.

“Under these conditions, the demand for coordination and increasing the effectiveness of multilateral cooperation within the framework of these consultative meetings is growing,” Mirziyoyev said.

That sort of enhanced coordination was intended to be the most important fruit of a treaty whose progress has for now stalled. Nothing in the document hints at the idea of creating a permanent body that would either parallel or compete against existing organizations, such as the Russian-led Eurasian Economic Union trading bloc, of which Kazakhstan and Kyrgyzstan are members, or the Beijing- and Moscow-dominated Shanghai Cooperation Organization, which includes all but Turkmenistan among its Central Asian members.

A more fitting analogy is the Visegrad Group, a club of Central European nations that was intended in part, when it appeared in the early 1990s, to harmonize the economies of its members in advance of accession to the European Union.

Unless Tajikistan and Turkmenistan can be induced to come along for the ride, though, even the relatively modest vision of a loose Central Asian alliance may end up underwhelming.