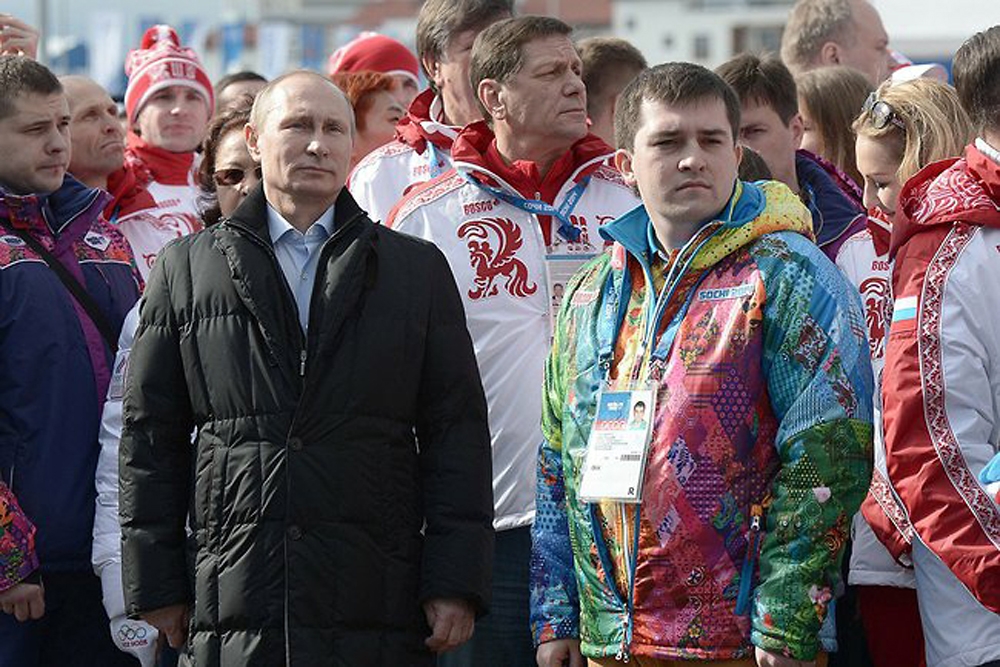 1. Who is taking part in the Games, and, for those countries staying away, what's the reason?

Although only Kazakhstan and Uzbekistan have won medals in a Winter Olympics, most Central Asian and the Caucasian states (Armenia, Azerbaijan, Georgia, Kazakhstan, Kyrgyzstan, Tajikistan and Uzbekistan) are sending athletes to Sochi – even if it comes down to sending only one athlete, or recruiting them from abroad.

Turkmenistan is not represented in Sochi. In 2011, a $185-million winter-sports complex was opened in the capital, Ashgabat, but, to date, Turkmenistan has never sent a competitor to a Winter Games.

Moscow’s recognition of the breakaway regions of Abkhazia and South Ossetia as independent countries and the stationing of troops there put a question mark over Georgia’s participation in the Games until late 2013. The government finally opted to send athletes, despite lingering calls for a boycott.

2. How many athletes are they sending? Who's sending the most?

In total, there will be 58 athletes from Central Asia taking part in Sochi 2014. The vast majority of these are from Kazakhstan, which is sending a team of 52, according to Kazakhstan’s Sport and Physical Education Agency. Uzbekistan is sending three competitors, Tajikistan two, and Kyrgyzstan one.

Georgia also opted for four athletes (three alpine skiers, one figure skater), half the number of Georgians who participated in the 2010 Vancouver games.

3. Those are pretty low numbers. Is the state promotion of sport that marked the Soviet era gone for good?

That level of intensity is gone for good.

A combination of crumbling infrastructure along with a funding shortage in Uzbekistan, Tajikistan and Kyrgyzstan means that state promotion of winter sports is all but dead in these countries. Tajikistan's two Olympic skiers receive modest funding from the state, but they have to supplement this by working as ski instructors at Tajikistan’s sole ski slope, AFP reported last summer.

Kyrgyzstan's skier Dmitry Trelevsky and his coach were given just under $2,000 each from the prime minister's reserve fund to help them get to Sochi.

The picture isn’t any brighter in the South Caucasus.

While Georgia’s ex-President Mikheil Saakashvili enthusiastically presided over the construction of ski resorts and skating rinks, the state’s involvement stopped short of sponsoring athlete training. Rather, the emphasis is on tourism.

In Armenia, the poorest of the region’s three countries, the Ministry of Sport and Youth Affairs’ website shows an entirely empty map of sports schools.

Energy exporter Azerbaijan has the capacity to re-create a Soviet-style training program for athletes. President Ilham Aliyev serves as head of the country’s National Olympics Committee, and his wife, First Lady Mehriban Aliyeva, is president of Azerbaijan’s Gymnastics Federation, and also sits on the National Olympic Committee’s executive committee. But Azerbaijan to date has developed winter sports facilities with an eye on tourism. One such project is Shahdag,  an upscale ski resort in northern Azerbaijan, near the Russian border.

At a September 2013 news conference, however, Youth and Sports Minister Azad Rahimov underlined that “Azerbaijan has created all the necessary conditions for the development of winter sports,” and that now matters come down to “attracting athletes and coaches.”

4. What about those countries with more cash?

Kazakhstan and Turkmenistan are both awash with petrodollars and are keen to invest in sporting success. This has paid dividends for Kazakhstan with its contingent of 52 athletes going to the Games. Having successfully hosted the Asian Winter Games in 2011, Kazakhstan now wants to host the 2022 Winter Olympics.

In the South Caucasus, energy-rich Azerbaijan is the country with the cash. But, so far, infrastructure development has focused more on warm weather sports. The country will spend $1.275 billion of this year’s budget alone on preparations for the 2015 European Games, a Summer Olympics-type competition for 49 European countries. In 2017, the Islamic Solidarity Games come to Baku as well.

5. Can we expect any big wins for Central Asia or the South Caucasus?

Kazakhstan is Central Asia's main hope for medal glory and is aiming to break into the top 20 medal winners at these Games. Long-distance skier Alexei Poltoranin is seen as a contender, while figure skater Denis Ten is also being watched. Elena Khrustaleva, who took silver in the biathlon at Vancouver 2010, could also stand on the podium once again.

Wins from the South Caucasus are not considered likely. There are a few medal long-shots, though. Headlining the list is Georgian figure skater Elene Gedevanishvili, 24, who trains in the US and Canada. She is a former European bronze medalist who finished in 10TH in women’s figure skating at the 2010 Vancouver Games. Azerbaijan’s ice-dancing pair Alexei Sitnikov and Julia Zlobina (both from Kirov, Russia), also could sneak onto the medal podium.

6. What about any colorful sports personalities?

One of Kazakhstan's medal hopefuls, Elena Khrustaleva, has switched allegiances three times in her career. In 2000, she made her international debut representing Russia. She appeared in the Belarus team in the 2002 Winter Olympics, but in 2006 switched to Kazakhstan, where she has remained ever since, picking up silver in the biathlon in Vancouver 2010.

The athletes from the South Caucasus are a relatively low-profile group. In Georgia, figure skater Elene Gedevanishvili received considerable TV coverage during ex-President Mikheil Saakashvili’s administration, but most of the color came from the president himself, who never hesitated to congratulate, or even skate with Gedevanishvili.

That’s not to say that these athletes don’t want to raise their profiles. Armenian alpine skier Arman Serebrakian, a 26-year-old California-native who holds dual Armenian and US citizenship, has launched a PR-heavy online drive for donations ($51,000 raised to date) to finance his Olympics trip. Apparently, the Armenian National Olympics Committee can offer “support,” but not cash.

7. What notable regional government figures at Sochi I should keep an eye on?

A full roster of Central Asian leaders will be attending the opening ceremonies. Kazakhstan's President Nursultan Nazarbayev will be on hand to drum up support for his country's bid for the 2022 Winter Olympics. Kyrgyzstan’s President Almazbek Atambayev and Tajikistan’s Imomali Rakhmon are also expected to attend and even engage in a little diplomacy on the side regarding their recent border spat.

State media in Uzbekistan and Turkmenistan have announced that their respective strongmen, Islam Karimov and Gurbanguly Berdymukhamedov, will be in Sochi for the games as well.

Georgia may be geographically next door to Sochi, but Georgian government representatives are staying away – the result of its unresolved dispute with Russia over Moscow’s recognition of breakaway Abkhazia and South Ossetia as independent countries.

Azerbaijan keeps matters simple by having President Aliyev as head of the National Olympic Committee and First Lady Mehriban Aliyeva as one of its executive committee members.

8. What do these countries want to get out of the Sochi games?

Kazakhstani officials are using the Sochi games as an opportunity to gather support for their own bid to host the 2022 Winter Olympics in Almaty. Medals won by Kazakhstani athletes would help put the country on the map as a winter sports destination.

With such small numbers of athletes competing, the other Central Asian countries will not be expecting much from the games.

When it comes to the South Caucasus, Azerbaijani officials, who will be hosting the 2015 European Games, the first European-only Summer Olympics, will also try to network. Armenia, Russia’s staunchest regional ally, is helping out with Sochi security, providing a contingent of police officers.

Georgia hopes to use the games to remind the international community about unresolved issues connected to its 2008 war with Russia.

9. Why did Georgia decide to send athletes to Sochi after fighting a war with Russia in 2008 and seeing Moscow recognize breakaway Abkhazia and South Ossetia as independent states?

Many Georgians, too, are asking this question. Small pro-boycott demonstrations occurred in Tbilisi less than a week before the Olympics’ February 7 opening ceremony. The Georgian government feels that participation will do more to help resolve its conflict with Moscow than a boycott.

Georgian officials are still keeping their options open: one official hinted that the Georgian athletes in Sochi could withdraw from the Games at any moment, in the event the Georgian government feels its interests are being harmed in any way.

10. What about the South Caucasus' breakaways? If Russia sees Abkhazia and South Ossetia as independent countries from Georgia, can they take part in the Games as such?

No. The International Olympic Committee in October 2013 stated that neither region could take part in the Games as an independent country.

Not only is Abkhazia barred from sending athletes, Russia instituted strict limitations on traffic from within Abkhazia into the Sochi region, and set up an 11-kilometer “buffer zone” within the region, ostensibly as part of a broad effort to contain the threat of terrorism.

11. Who’s spending the most on sending a team to the Olympics?

Kazakhstan is spending at least $6.5 million to send its team to Sochi, according to the State Agency for Sports and Physical Education. Public information was not available from the South Caucasus in time for publication.

12. How about shelling out for snazzy uniforms?

The cost is not public, but Azerbaijan’s choice of Milan fashion house Larusmiani to design its Olympic uniforms could well raise eyebrows – if only because of the blue-suede boots (with red shoelaces). Similarly, Italian designer Ermanno Scervino kitted out the Azerbaijani team for the 2012 London Olympics.

Kazakhstan might be among the contenders for the snazziest outfit at the Games. Its team will be wearing a domestic design that utilizes the turquoise and gold colors of the national flag alongside images of bulls, leopards, sun gods and hunters based on petroglyphs found in Kazakhstan. The complete ensemble is available for a mere $2,300.

13. Who is offering the biggest bucks for medal-winning athletes?

As it did at the 2012 Summer Olympics in London, Azerbaijan tops the charts. It’s offering a $510,000-prize for gold, $255,000 for silver and $130,000 for bronze, RFE/RL reported. But the catch is that the Azerbaijan National Olympics Committee does not expect any of its athletes to win a medal. That, of course, makes it easy to offer generous rewards.

Medalists from Kazakhstan also will fare well. The Central Asian state is offering a $250,000 for anyone who strikes gold in Sochi. Silver-medal winners will pick up $150,000, and bronze-medal winners will collect $75,000. Even sixth-place contestants will receive a cash payout of $6,000, according to Bloomberg.

14. What about the migrant workers who were used to build the facilities?

According to a Human Rights Watch report released last year, around 16,000 migrant workers from outside Russia helped build facilities for the Sochi Olympics. Many of these workers came from Central Asia. The report highlighted routine abuses, including excessive working hours, overcrowded living conditions and failure to pay wages on time or, in some cases, at all. Armenian migrant workers were also widely engaged in Sochi construction projects, but no hard data exists on their numbers. Two Armenian workers charged in June that local police beat them brutally when they tried to secure their wages.

Now, all of these workers have been airbrushed out of the picture; some may have moved on to building facilities for Russia's next sporting extravaganza, the 2018 football World Cup.