The Tajik somoni is sinking, the Uzbek sum is free-floating. 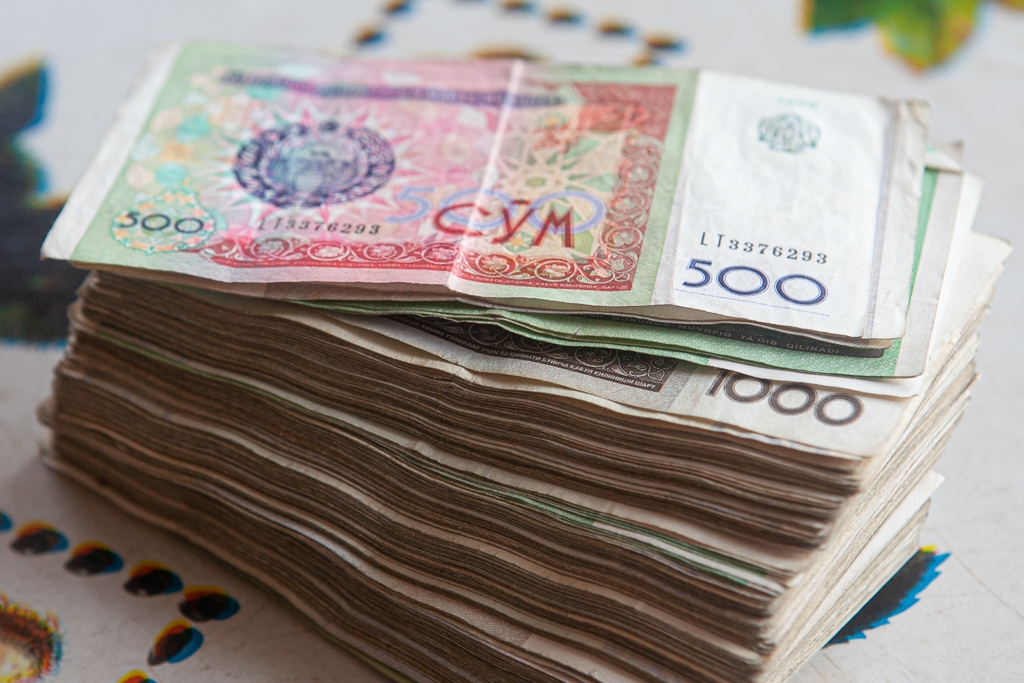 Following the slide of the Russian ruble over the past month, currencies across Central Asia are taking their own tumbles. In a major shift of policy, officials in Uzbekistan have said they will allow the national currency, the sum, to float freely, presaging a new phase of financial volatility.

On August 20, Uzbekistan’s Central Bank set the official exchange rate at 9,450 sum to the dollar. This represents a notable markdown. On August 16, the dollar was trading at 9,000 sum.

In another development, the Central Bank said it will now allow commercial banks and exchange bureaux to sell foreign currencies over the counter, which was not possible until now. People are usually forced to turn to the black market to get their hands on dollars. The greenback was as of earlier this week selling at 9,600 sum in Uzbek bazaars. Anybody wishing to buy foreign cash will, however, need to produce their identification documents.

In neighboring Tajikistan, whose economy is heavily reliant on remittances sent by migrant laborers in Russia, the somoni dropped on August 20 to 9.70 to the dollar, down from 9.43 a day earlier.

The official currency rate is set by the National Bank and is accordingly more stable than the black-market rate. Officials are, however, forced to yield to the realities of what is happening on the streets when setting policy.

The authorities said this latest adjustment was intended to close the gap between official and market rates. This will compel more people to exchange their money at authorized bureaux de change, the National Bank said.

Money-changing is strictly regulated and speculation is on paper severely punished, although it is commonplace across the country all the same. In what appears to be an unspoken measure to ward off more instability, official bureaux de change were as of August 20 buying foreign currencies but not selling them. On the black market, meanwhile, dollars can be bought for around 9.9 somoni.

As to what is behind the upward pressure on the somoni, the National Bank says this has been caused by a negative external trade balance, a fall in the value of currency transfers and a shortage of foreign currency in circulation.

The Tajik statistics agency has said that the exports in the first half of 2019 reached $570.6 million, against $1.57 billion in imports.

Kyrgyzstan and Kazakhstan, which have far less substantial black markets, have endured more incremental surges from the dollar.

The Kazakh tenge is coasting at around 386 to the greenback – a historic low. The struggles of the currency earlier this month compelled financial regulators in Nur-Sultan to impose restrictions on the working hours of exchange offices as a way of limiting volatility and speculation.

Correction: A previous version of his article stated that the Kazakh tenge was at 366 to the US dollar.