On some days, Bishkek’s air is over 30-times worse than the World Health Organization deems safe. 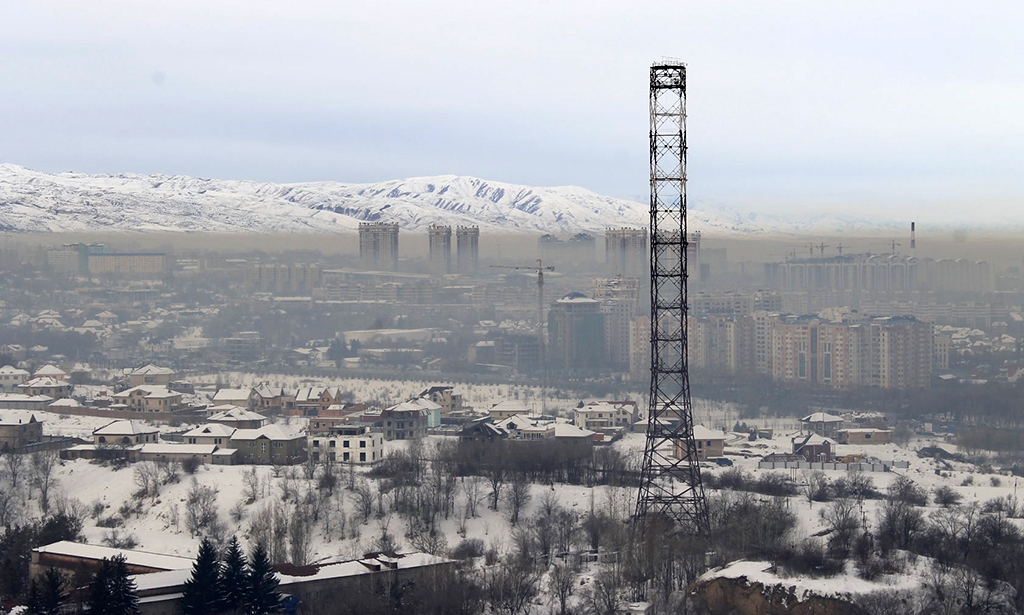 There is a high bar for the world’s dirtiest air and Central Asia’s capitals are edging toward worst place.

A new multimedia project investigates the causes of the crisis and the toll it takes on ordinary people.

“Are we breathing or are we suffocating?” – produced by our German partner n-ost, the Network for Reporting on Eastern Europe – is written by a group of journalists and activists from four countries and is available in both Russian and English. Each of the four dispatches includes an interview with an ordinary citizen thoughtfully describing how they feel trapped.

“Sometimes you go outside at night, and there's so much smoke, it's even scary, do we really breathe this?! There's no other way. Electricity cannot heat the house,” said Chinara Yuldasheva, who lives in a neighborhood of single-family homes in Bishkek. “And that's how things are all around this neighborhood.”

Yuldasheva’s family burns coal to keep warm. She wishes they didn’t have to, but the math is cruel: A gas boiler would cost about $875. The monthly cost of gas would be about $375. Her family income is only $400 per month.

On top of that, in many cities, coal-fired power plants and other aging infrastructure, plus a deluge of hand-me-down cars that Western regulators would no longer certify as safe, spew nitrogen dioxide, nitrogen oxide, carbon monoxide, sulfur dioxide, formaldehyde and other suspended particulate matter (known as PM2.5), which are then ensnared by mountains.

On some days, Bishkek’s air quality is over 30-times worse than the World Health Organization deems safe.

The result is an epidemic of asthma, allergies and weakened lungs that appear more susceptible to COVID-19, said a pulmonologist in Bishkek, Dr. Talantbek Sooronbaev.

“Citizens and experts alike believe that the first thing city officials need to do is acknowledge the problem,” reports the Kazakhstan page. “For a long time, city officials did not acknowledge that air pollution in Almaty was a serious matter.” A look at financial records showed the government is not spending anything to address the emergency.

Whereas the air in Almaty and Bishkek is off-the-charts in winter and significantly clearer in summer, residents of Dushanbe and Tashkent breathe dangerous air all year.

“The amount of pollutant emissions into the atmosphere of Dushanbe in 2018 exceeded the volume of emissions in the city in 1991, when Dushanbe was one of the 10 dirtiest cities in the USSR,” the Tajikistan page says. It’s gotten worse in the last five years, since China completed a new coal-fired power plant. There is also a cement factory in the city. Activists say the government routinely ignores entreaties to clean up.