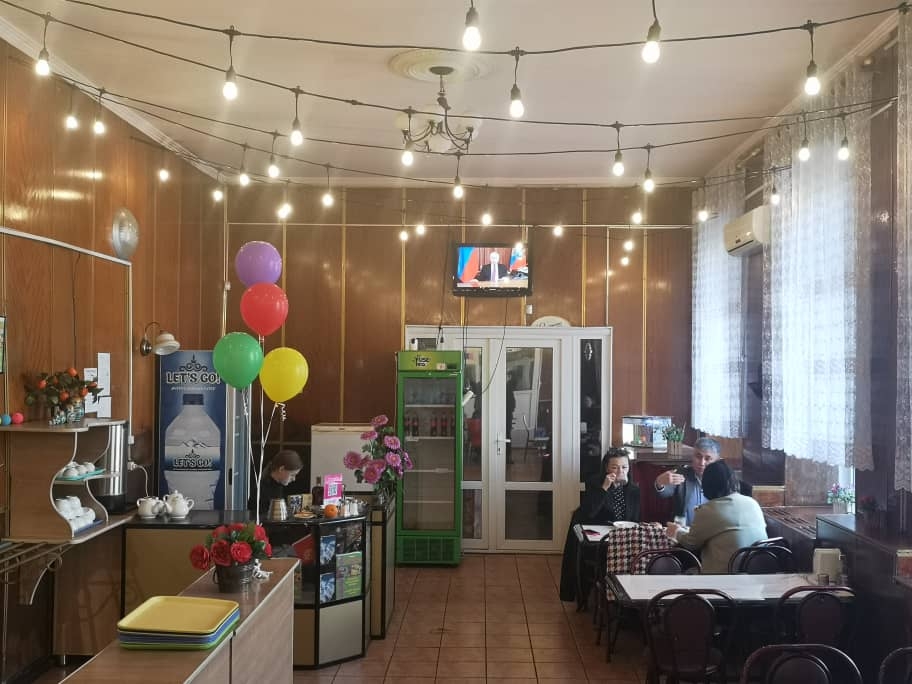 The governments of Central Asia have largely remained tight-lipped in the run-up to and during Russia’s military assault against Ukraine, but markets and member of the public have been less sanguine.

The circumspection of officials is in line with expectations. Three countries in the region – Kazakhstan, Kyrgyzstan, and Tajikistan – are members of a Moscow-led military bloc, the CSTO. Uzbekistan is not a CSTO member, but its economy is still strongly bound with that of Russia. Turkmenistan almost never comments on external affairs and its authoritarian government strongly discourages the public from speaking publicly about anything at all.

While shying away from anything denoting criticism of Russia, some governments have vaguely signaled some unease with the Kremlin’s recognition of the two self-styled breakaway republic of Donetsk and Luhansk, an act that preceded the military assault.

On February 22, Kazakh Foreign Minister Mukhtar Tleuberdi told journalists that “the issue of recognition for the Donetsk and Lugansk people’s republics by Kazakhstan is not on the agenda.”

“We operate on the basis of international law and the founding principles of the UN charter,” he said.

The only leader in the region who has expressed something like a tacit endorsement of the unfolding situation is Kyrgyz President Sadyr Japarov.

“Perhaps it was a necessary measure to protect the peaceful population of the territories of Donbass, where a large number of Russian citizens live,” Japarov said on February 23, addressing the issue of Moscow’s recognition for the breakaway republics. “I would like to point out that it is the sovereign right of any country to recognize a state.”

Tajikistan’s leadership has avoided broaching the topic altogether, although the closely policed state news agency did run an article relaying a plea addressed by United Nations Secretary-General Antonio Guterres to Russia to refrain from its military undertaking. The Tajik version of the article was pulled, however, although the Russian version stayed up.

Where officials have been mute, the market is speaking volumes.

In Kazakhstan, the national currency, the tenge, plummeted by 13 percent in value against the dollar in the hours after news about Russia’s bombing campaign began flooding in, despite $137 million in interventions from the National Bank this week alone. Engaging in some desperate firefighting, the National Bank rammed up its benchmark interest rate from 10.25 percent to 13.5 percent on February 24. The regulator said this move was motivated by “the need to maintain price stability” against the backdrop of a “significant deterioration of the geopolitical situation.”

Kyrgyzstan’s som saw a similar dynamic, dropping from 84 to the dollar to around 95. The Finance Ministry quickly banned banks from selling and issuing dollars, forcing many money exchange outlets to close their doors.

Uzbekistan’s currency was holding fast on the day of Russia’s attack, but economic experts have warned of an unstable period to come.

“Of course, the Russian economy and the Russian ruble will be hit hard by the Kremlin’s adventure,” economist Yuliy Yusupov told Eurasianet. “And, of course, this cannot but affect Uzbekistan’s economy. The collapse of the Russian ruble means the incomes of labor migrants in Russia in dollar terms will fall. Also, the volume of credits and investments from Russia in Uzbekistan will contract.”

The economic effect of this crisis will be felt especially acutely in Tajikistan. Around one-third of the country’s economy relies on remittances sent home by labor migrants earning rubles. Over the past week, the value of the Tajik somoni has fallen by 15 percent against the ruble.

If Dushanbe is especially cautious, though, there is good reason. There are around 7,000 troops based at Russia’s 201st military base in Tajikistan.

Where governments have refrained from taking clear positions, normal people across the region have been more vocal, albeit mostly within the relatively safe confines of social media.

Many pro-Ukrainian social media users in Kazakhstan showed their solidarity by replacing their avatars with the Ukrainian flag. In Almaty, around a dozen young activists picketed the Russian consulate, holding up Ukrainian flags, but they were almost all detained by the police.

Uzbeks presented a complicated picture, mixing revulsion at events with wariness about the implications of a more aggressive Russia for their own country.

“The supporters of Ukraine are supporters of Uzbekistan's independence. The supporters of Russia are those who back more integration with Russia,” he told Eurasianet. “But year after year, we see critical attitudes toward the Kremlin increasing, not only among Uzbeks, but also among ethnic Russians.”

In Kyrgyzstan, Ukraine sympathizers held a picket outside the Russian Embassy in Bishkek, holding up signs reading “Glory to Ukraine,” “Putin-Hitler. Go to Hell” and “No to Putin, No to War.”

One rally participant, Bishkek resident Cholponay Zholchuyeva, told local news outlet 24.kg that Kyrgyz citizens should not sit idly by because Kyrgyzstan could end one day up in Russia’s shoes.

“There is definitely something wrong with Putin’s head. I have no doubt that a large part of our population has relatives in Ukraine. You can’t just sit back and keep quiet,” Zholchuyeva said.

Similar sentiments of abhorrence have appeared on Tajik social media.

“I am disgusted to turn on the news and see all the vile hypocrisy they have used to justify the war. I’m sick of the people who support this aggression and I’m very scared about the future. I cry along with Ukraine, because there is nothing else that I can do," Lilia Gaisina, a journalist, wrote on her Facebook account.

Others warned, however, that it was unwise for Tajiks to be seen as supporting Ukraine, since this might have negative consequences for fellow nationals living and working in Russia.

“Do not do your compatriots in Russia a disservice. Maintain your neutrality in the Russia-Ukraine conflict,” another journalist, Negmatullo Mirsaidov, wrote on his Facebook page.