Central Asia’s deadly protests have much in common

Government explanations are hard to believe, and do not hide the poverty and abuse fueling unrest. 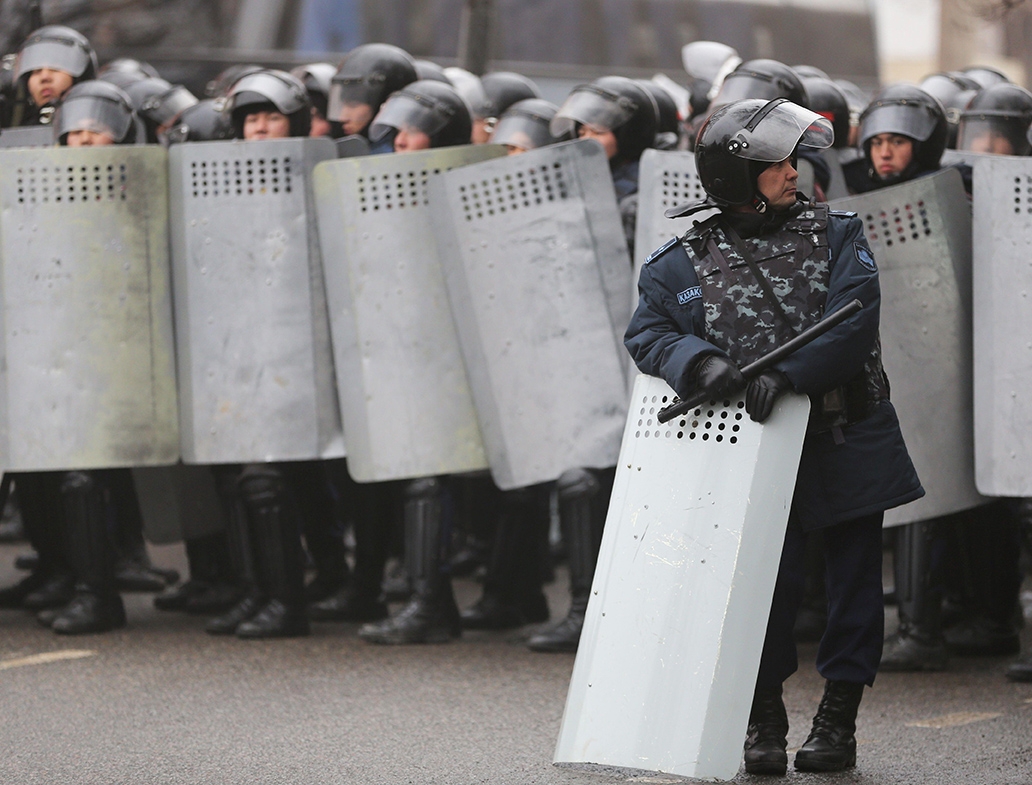 At least 272 people have died since January in Kazakhstan, Tajikistan, and Uzbekistan after authorities suppressed protests. All three cases share similar traits. In each, authorities turned off the internet, blamed unnamed foreigners, and resorted to extreme force.

Poverty also played a role. All three bouts of bloodletting began in poverty-stricken regions far from authorities living in ostentatious wealth. And in each, for years, the governments failed to take meaningful action to show interest in well-known local grievances.

It all started spontaneously in western Kazakhstan on January 2 over a sharp increase in the price of automotive fuel. Within 48 hours, thousands of people across the country had come out against President Kassym-Jomart Tokayev’s failure to turn promises into improved living standards.

Officially, 238 people were killed – many apparently at the hands of security forces. Thousands were detained, some tortured, and there are still scores held in custody. It was the worst violence in Kazakhstan’s independent history.

Tajikistan: Ignored at the roof of the world

The round of violence this spring in Tajikistan’s eastern Gorno-Badakhshan Autonomous Oblast (GBAO) – home to the Pamiris, who are ethnically and linguistically different than the Tajiks – began last November, when Tajik security forces killed a local man. Protesters that month mustered and, as is typical, security forces shot and killed two more people. Then, over the winter, the government kidnapped two prominent Pamiris living in Russia, flew them home, and jailed them on vague charges after summary trials.

By May, locals in Khorog, the GBAO regional capital, were on the streets again demanding justice for these men, for those killed in November, and for others who had been killed in previous security operations going back to 2008 – when President Emomali Rahmon began reneging on his 1997 pledge ending the civil war.

Authorities shut off the internet and shot into the crowd. Some 70 kilometers west of Khorog, in Rushan, desperate people blocked the lone road connecting the capital, Dushanbe, to Gorno-Badakhshan.

The government blamed unnamed “external stakeholders” and launched an “anti-terror operation.” Rahmon’s regime has not specified which terrorist group was allegedly behind the unrest, nor has it provided any evidence at all that the people of the region, who had been ignored for decades, were involved an any antigovernment plot.

Pamiris count dozens killed. Many more were detained and arrests of GBAO civic leaders and activists continue. If an independent investigation were possible, it would probably show what happened in GBAO this spring was the worst violence since the civil war.

Karakalpakstan is a “sovereign” republic within Uzbekistan. But that distinction has only ever existed on paper.

The people in Karakalpakstan were neglected for all the 25 years when Uzbekistan’s first president, Islam Karimov, was in power and they suffer from an assortment of health problems associated with the drying up of the Aral Sea.

But they largely suffered in silence until last month, when the central government drafted a new constitution that stripped the region of the theoretical right to hold a referendum on secession.

There was no popular movement to secede, but thousands of people came out in the regional capital of Nukus on July 1 to object and protest a decision about which they had not been consulted or informed. They were also upset that a local activist and citizen journalist, Dauletmurat Tazhimuratov, had been detained.

Security forces moved to disperse the crowd that had gathered outside the administrative building in Nukus and violence broke out. It was the largest protest Uzbekistan had seen since Andijan in May 2005.

Uzbek officials say 18 people were killed, 243 were injured, and more than 500 people were detained, but there are already doubts about those figures.

President Shavkat Mirziyoyev expressed surprise at the turn of events, backtracked on the change to Karakalpakstan’s status, and has promised an investigation that would punish those responsible for the violence. Yet on July 6 he also said the unrest had been prepared “for years by foreign forces,” without naming anyone.

And it’s only July

Blaming outsiders for creating domestic unrest is the standard narrative for Central Asian leaders. Its also coercive, since it implies the population is sufficiently content that no one would think of protesting unless a devious foreigner or foreign power manipulated them into doing so.

The truth is much more straightforward: The causes of the violent protests in Kazakhstan, Tajikistan, and Uzbekistan were the failures of those governments to address people’s basic socio-economic needs.

Ignoring that portends nothing good.

Not only have these tragedies all happened within a six-month period, they have also created new rifts between the rulers and the ruled.

Bruce Pannier studied at Tashkent State University in summer 1990, lived in villages in Kazakhstan, Kyrgyzstan, Turkmenistan, and Uzbekistan in 1992-1993, and has been covering Central Asia as a journalist since 1995.