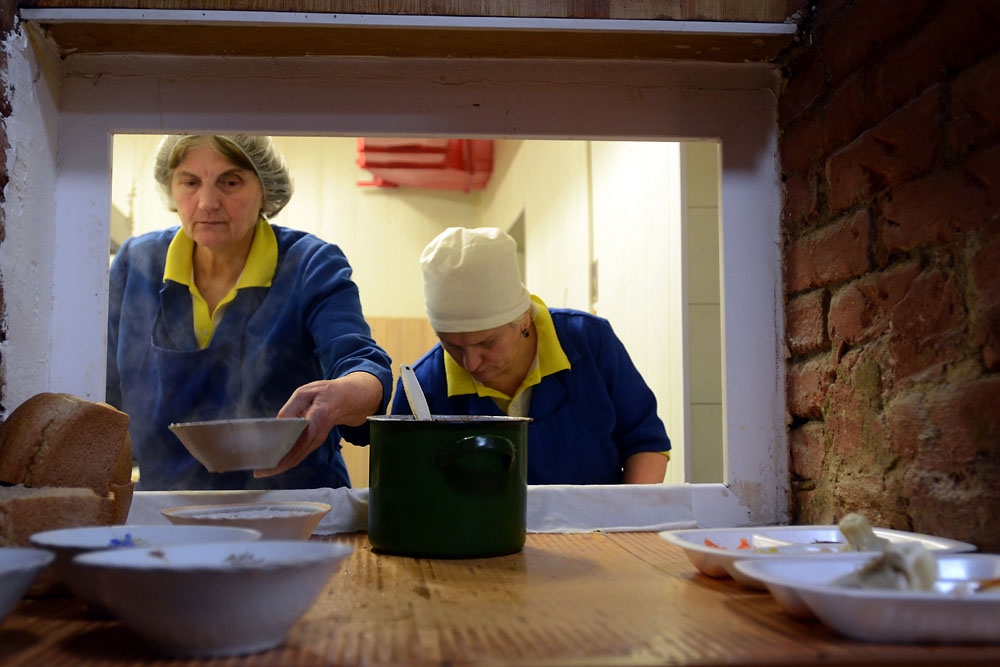 Catharsis, one of Georgia’s oldest charities, started in the final days of the Soviet Union to feed the needy. 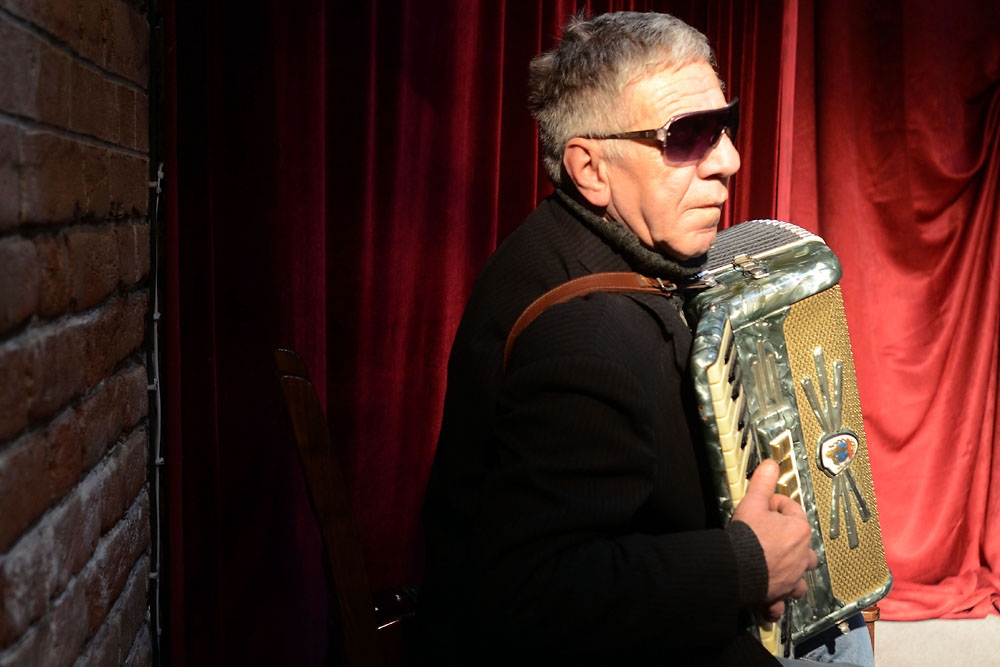 Seniors at the center prepare for the annual Super Grandma and Super Grandpa competition in Tbilisi. 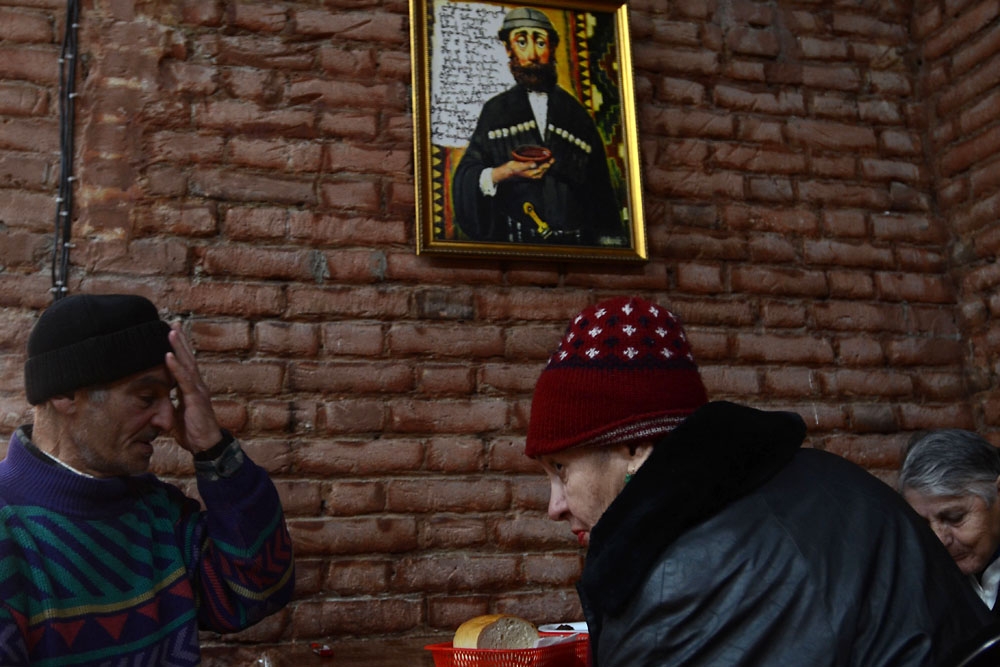 Thanks to a knack for fund raising, the charity has survived solely on donations‚ not grants or government projects. 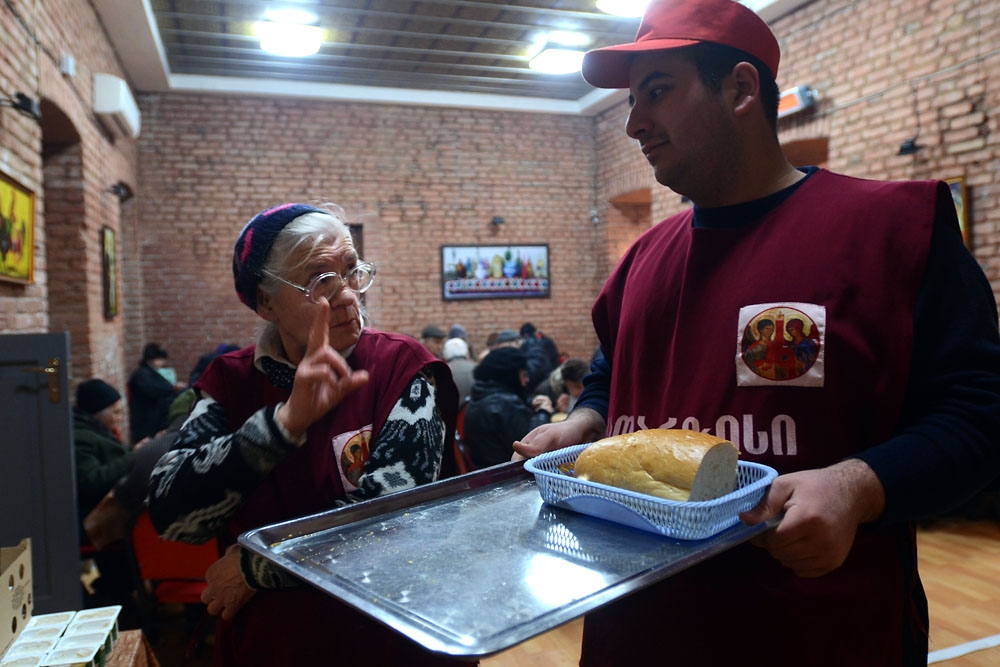 At Catharsis, the elderly and the poor receive food to keep them from going hungry. 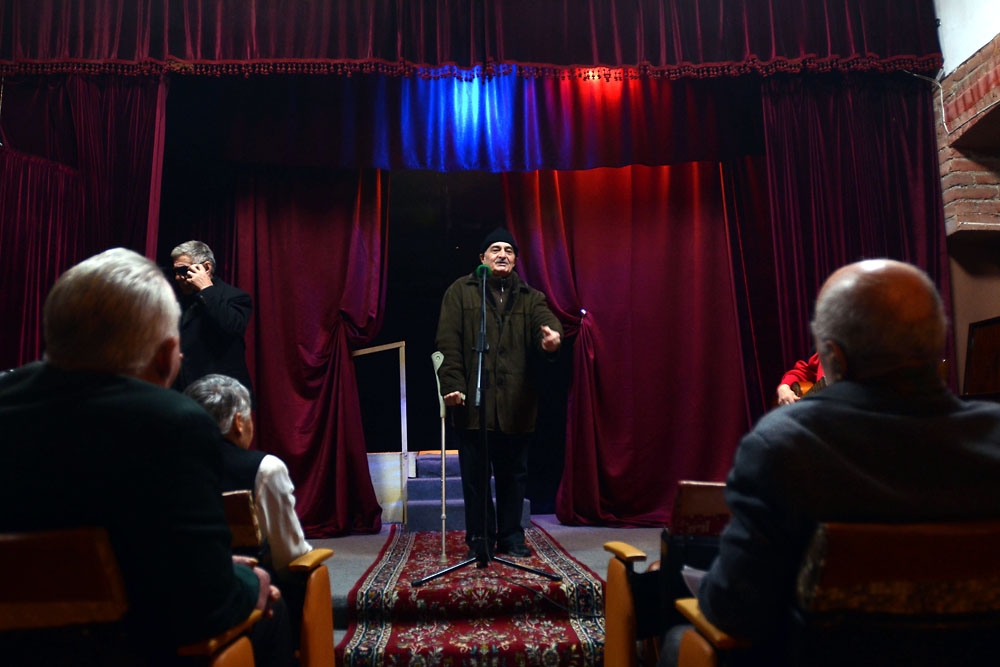 After eating lunch, some seniors sing or act at the center. 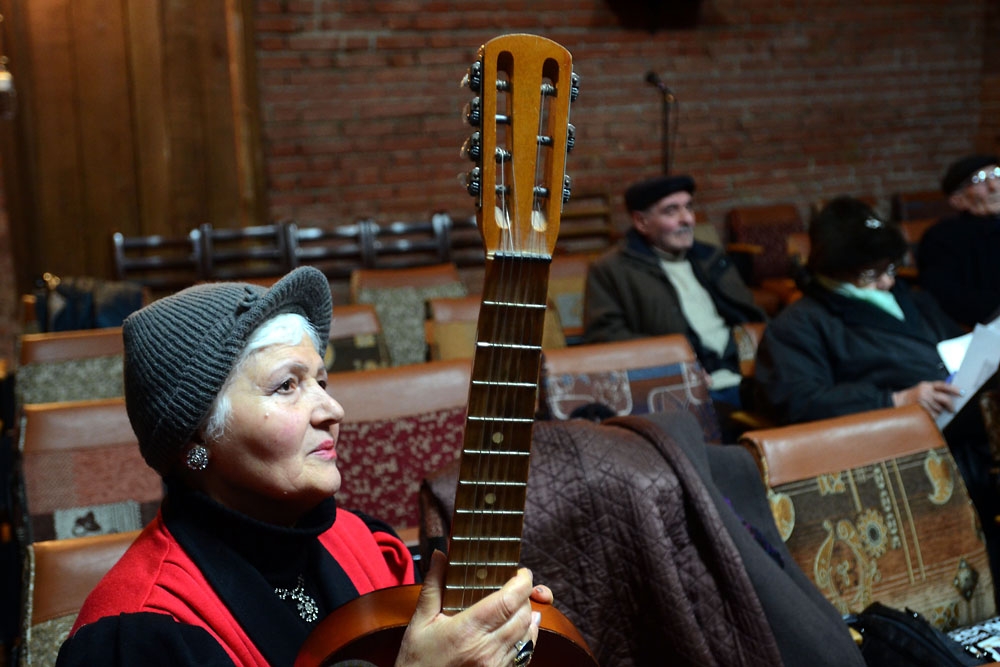 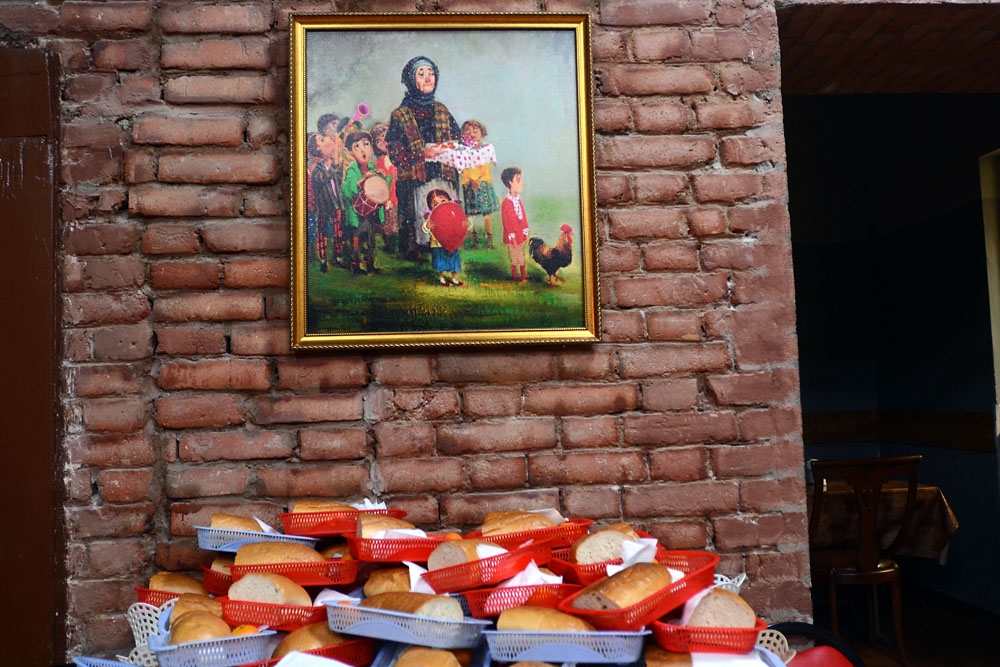 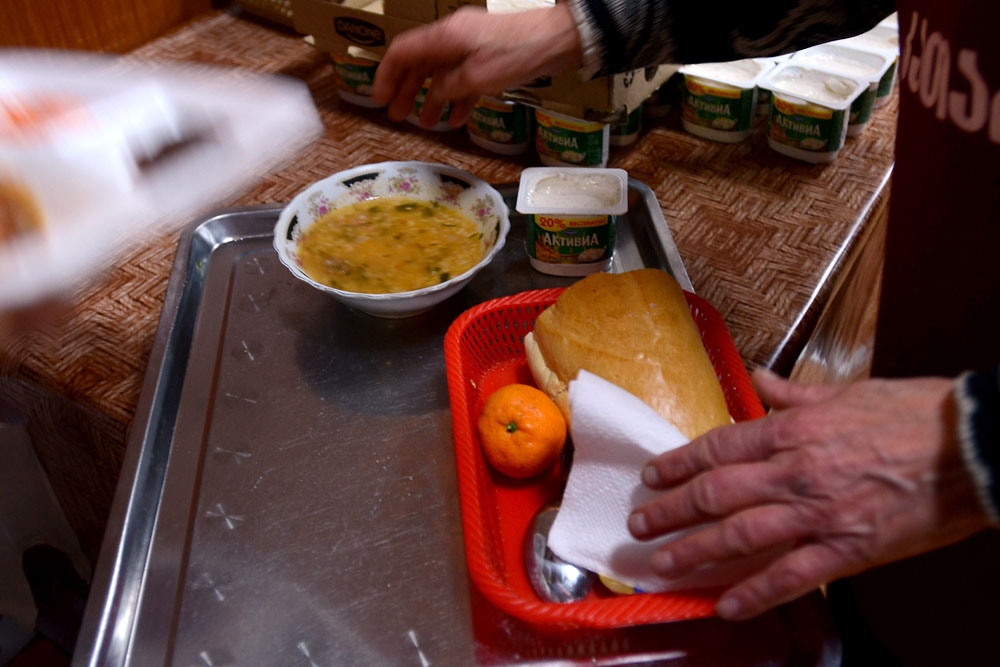 The charity has an open-door policy for drop-in donors that lets them see how their money is being used. 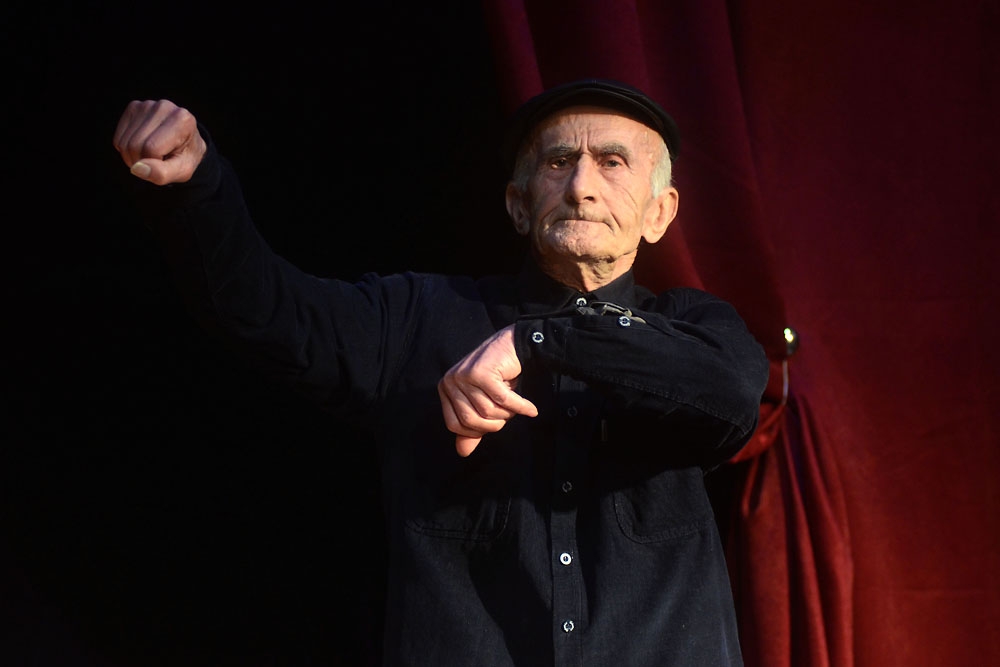 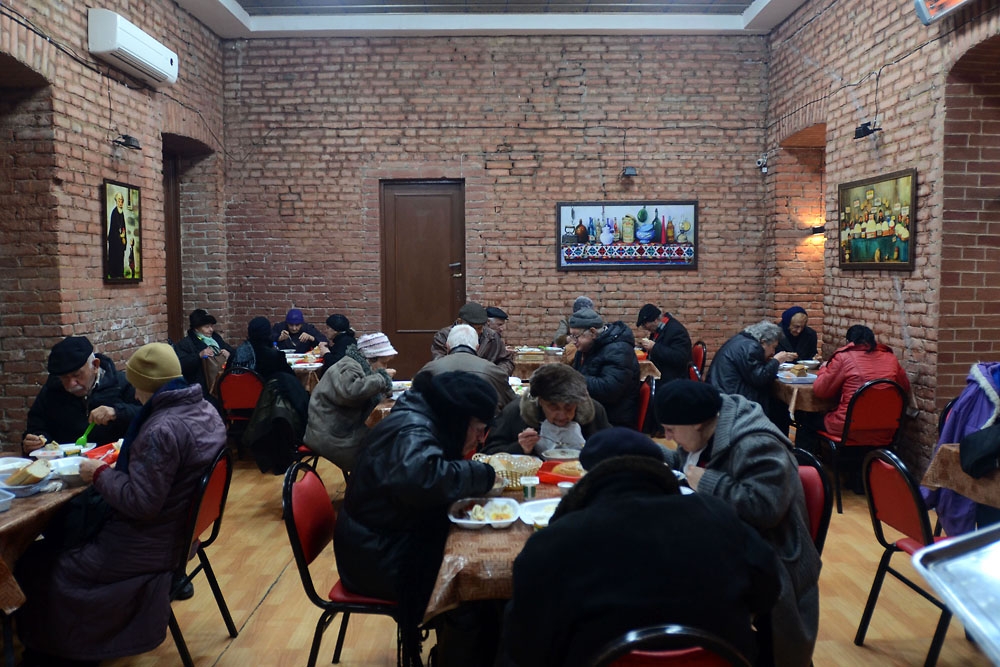 It is often said that charity begins at home. But in the tightly woven system of family networks and patronage that marks the tiny South Caucasus country of Georgia, the culture of giving has struggled to move beyond assistance to relatives and friends.

In this society of 4.5 million people, custom dictates that those with the means must help relatives, family friends and neighbors in need, whether to pay for a funeral or to help make ends meet.

That generosity, however, extends less to charities that help the wider, unknown public. Despite Georgia’s time-honored tradition of giving, Georgian charities and non-governmental organizations rely heavily on funds from foreign donors; not on assistance from ordinary citizens or local businesses.

Official records about charitable donations do not exist, but a 2012 report on Georgian NGOs by the United States Agency for International Development found that 95 percent of the country’s 17,217 registered non-profits depend on foreign grant money for their operations.

Poverty comes first to mind as the explanation for that trend.

Annual per-capita incomes in Georgia stand at just over $3,523, according to government data. With an official unemployment rate of 15 percent (unofficial estimates range far higher), spare cash for any purpose is not always plentiful.

Nonetheless, Georgians give. The Georgian Orthodox Church, the country’s most influential public institution, appears to attract donations for new churches or parish activities without a hitch.

But without these popular incentives, charities struggle to attract individual donations, even from private businesses, say representatives of non-profit organizations.

Vazha Salamadze, the director of the Civil Society institute, a Tbilisi-based advocacy group, believes that, rather than poverty, a lack of trust in NGOs hampers the donations.*

Those misgivings, he said, date to the 1990s, when many Georgians saw NGOs as "grant-eaters" with foreign-financed agendas.

As a result, today, private "businesses prefer to help those people [in need] themselves rather than trust an NGO," Salamadze said.

Others add that the reluctance to give to local non-profits also stems in part from a lack of understanding about what charities actually do.

Zaur Aladashvili, the director of Catharsis, a Georgian-run charity for the elderly, and one of the few entirely locally financed, argues that Georgia’s Soviet era, which ran from 1922 to 1991, dulled people’s "genetic memory" of giving to strangers. Instead, caring for those in financial need was seen as the government’s duty.

"We Georgians had a good tradition of charity…,” he claimed. “But then everything changed. It was the Soviet Union, we lost all of it."

Now, however, non-profit activists hope that may be set to change. In its current form, a draft bill, scheduled for parliamentary debate in February, would allow both private businesses and individuals to write off donations to an NGO.** A further measure would give taxpayers the option of donating one percent of their income tax to civil-society organizations.

For further encouragement, an online, public database would provide taxpayers with information about the work of all registered, active non-profit organizations.

Providing such information can help more Georgians identify with a charitable cause and decide, on their own, to take part, supporters of the bill believe.

“I am sure there are people out there” who are on the hunt for “soul food for themselves,” commented Nika Chachkhiani, part of a grassroots effort, Kera (Hearth), to find long-term housing and employment for single mothers.

Securing such public participation is "essential,” underlined Eka Gvalia, the executive director of the charity Abkhazeti (Abkhazia), which works with the underprivileged.

"You should not just be a provider of the aid. There should be some engagement in this process," Gvalia said.

Georgians being able to see how their donations make a difference can further encourage that participation, Catharsis’ Aladashvili believes.

Catharsis has an open-door policy for drop-in donors that lets them see how their money is being used. In 2013, the charity managed to attract enough local donations for a budget of 1.2 million lari, or just over $685,714 – without aid from abroad, the government or the Church.

In Aladashvili’s view, Georgians can indeed “give with pleasure” to those whom they do not know.

"[T]he culture of helping is not very active [today]," he said. "But now, step by step, it grows like a child grows."

Molly Corso is a freelance reporter based in Tbilisi. She also volunteers for the American Friends of Georgia, a charitable organization, and serves on the board of the Salvation Army in Georgia.