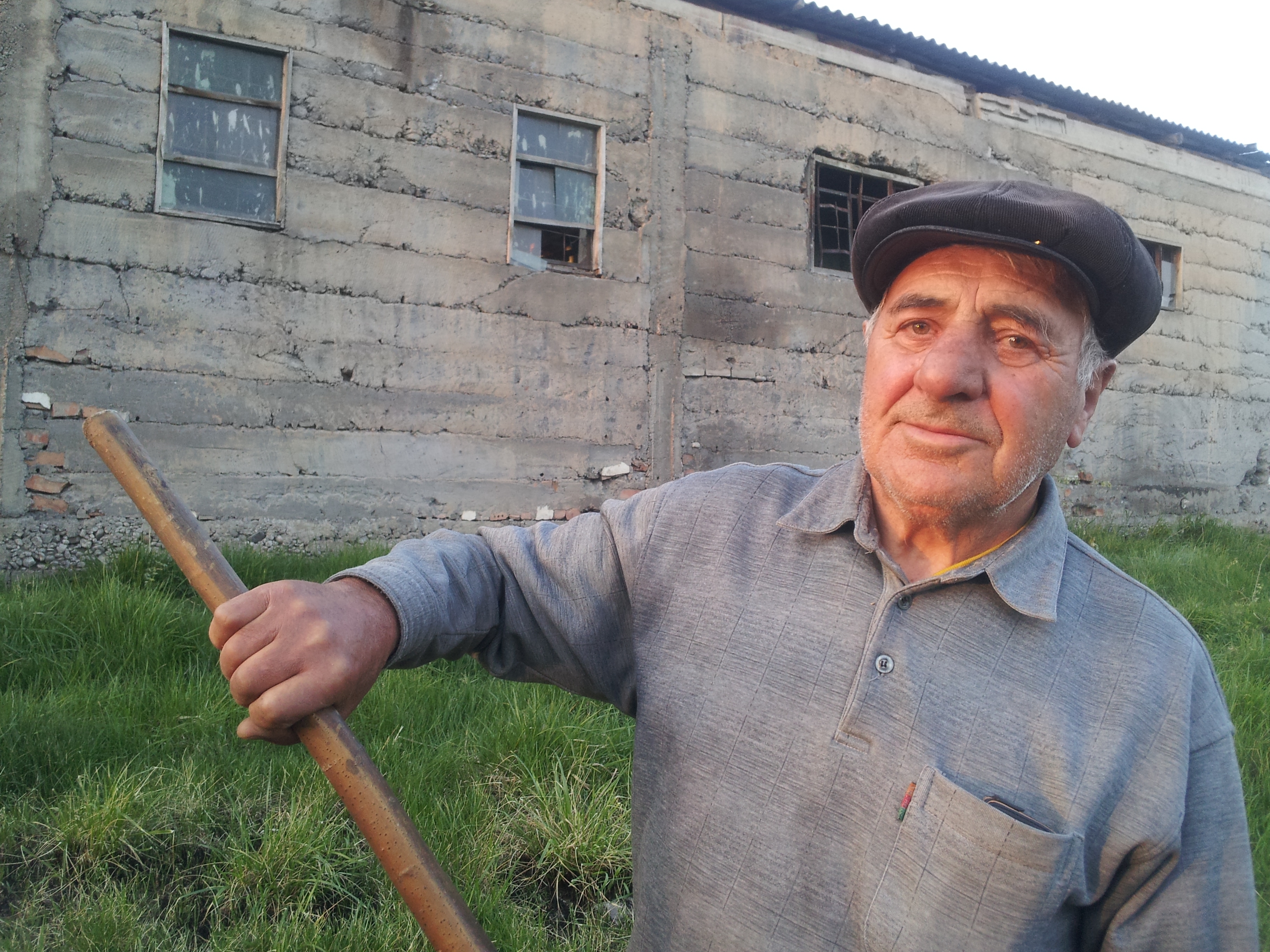 Baialy Turashev remembers vividly how the Chechens got to Kyrgyzstan. On a spring weekend, like so many of his neighbors, the 75-year-old is weeding his fields outside Tokmok, in northern Kyrgyzstan’s fertile Chui Valley. But he is eager to drive his pitchfork into the ground and talk. With all the attention this week about how the suspects in the Boston Marathon bombings are ethnic Chechens from Kyrgyzstan, I wanted to find out more about their community’s history. “I was six years old, but I remember everything. It’s impossible to forget. These memories are meant to be taken to the grave.” Despite his horrific tale, Turashev has a warm smile. There is not even a shadow of severity on his face; only broad wrinkles like a map of the old man’s life.Turashev’s family lived in a village called Uluskert, 50 kilometers from Grozny, the Chechen capital, in southern Russia. High up in the Caucasus mountains, it was cut off from the general population. In the summer of 1943 Soviet troops arrived and started building a road. “My father said that this was not a good sign,” Turashev recalls. Indeed, it later turned out, the road was being prepared to transport the people out of Uluskert. On February 23, 1944, soldiers armed with machine guns surrounded the village. The commander read a government decree that called for resettlement. The Chechens had run into Soviet dictator Joseph Stalin’s paranoia. He feared they could collaborate with invading Nazi soldiers.  Turashev’s family managed to grab three carpets, his mother’s sewing machine, a bag of flour and a little bit of dried meat. They were trucked to the railroad station in Grozny. “There the crowd is yelling, crying. Someone has lost his daughter; someone has lost his brother,” Turashev recalls tearfully. People were packed into cattle cars so tightly there was no room to sit. The journey to Kazakhstan and Kyrgyzstan lasted about two weeks. Between 30 and 50 percent of the 400,000 ethnic Chechens and Ingush died along the way. “We were transported like animals.” The train would stop, says Turashev, and soldiers would throw the dead bodies out into the snow. Upon arriving in Kyrgyzstan, the Chechens depended on the goodwill of their new Kyrgyz neighbors. “We had nothing to eat. People were dying out of hunger. At the nearest field across the river we were collecting and eating clover and the potato skins that were left by our neighbors.” “But we never begged,” Turashev says proudly. That winter Turashev’s grandmother died. Because people were so hungry, they were weak and unable to dig a grave. “The grave was only half-a-meter deep. We wrapped her into an old piece of cloth. By morning dogs had dug up the grave and eaten her body. That winter dogs ate many bodies.”Though the Kyrgyz were also impoverished by the war, Turashev remembers the acts of kindness that allowed him to survive that first winter. “Thank God, the locals treated us well. If not for them, we would all have died.”When spring came, many of the Chechens were hired by the local kolkhoz – collective farm – and began settling. Not until several years after Stalin’s 1953 death were they allowed to return to Chechnya. By then, many had put down roots in Kyrgyzstan and so some, like Turashev’s family, some chose to stay. Today the Chechen community in the country numbers around 1,700.  Turashev has visited Chechnya seven times. One of his Kyrgyzstan-born daughters lives there now. But he’s at home in Tokmok. “After each trip, every time the plane landed at the airport in Bishkek, I felt happy. This is my second homeland now and it pulls me back here.”