China Denies Plans to Build Military Base on Afghan-Tajik Border

But several Afghan officials have confirmed the plans, on the record. 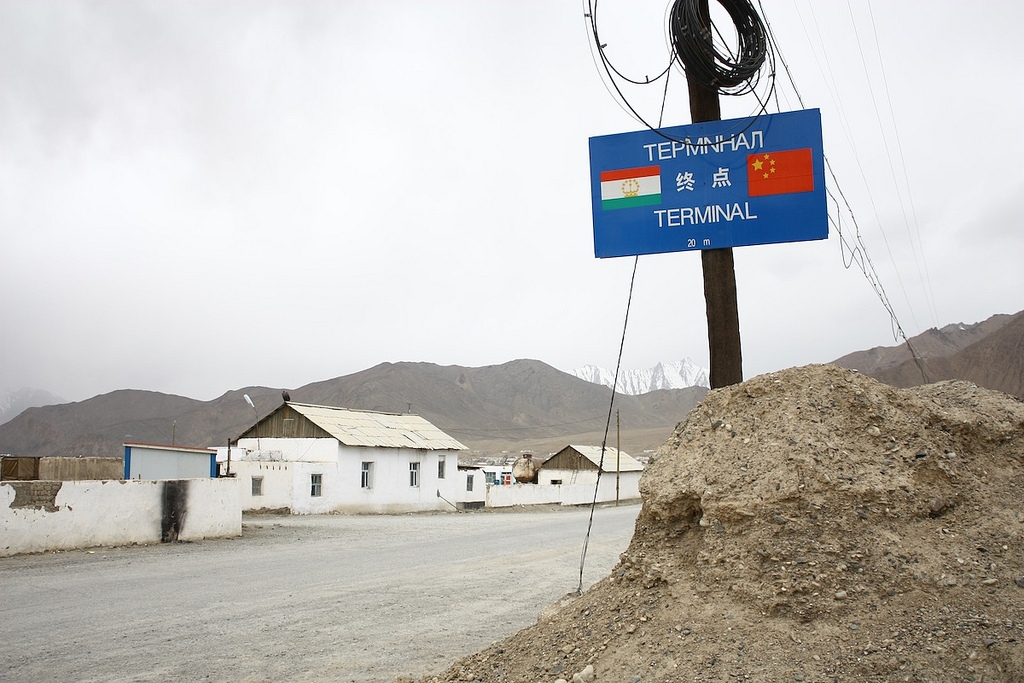 A Chinese truck stop in Murghab, near Tajikistan's border with Afghanistan and China. China is reportedly building a new military base in Afghanistan, in which case this road could see more Chinese military traffic. (photo: The Bug Pit)

China has formally denied reports that it is building a military base on the Afghanistan-Tajikistan border for the Afghan armed forces. But Afghan security officials have confirmed the original report, and offered additional details of the secretive Chinese presence in the region.

In January, reports emerged that Beijing and Kabul had come to an agreement for China to build and supply a military base in Badakhshan, the remote panhandle of Afghanistan that borders China and Tajikistan.

But at a January 25 press briefing, Chinese Defense Ministry spokesman Wu Qian denied those claims. “The so-called issue that China is building a military base in Afghanistan is groundless," he said.

Then, several Afghan officials denied those denials. The Central Asia news site Fergana News, which broke the original story, went back and found a number of Afghan officials who gave more detailed information about the base plans.

“As a representative of the Afghanistan Defense Ministry I again say: we and the Chinese Defense Ministry are conducting negotiations and an agreement has been reached about the construction of a military base of the Afghanistan Defence Ministry for mountain infantry in the northern province of Badakhshan,” General Davlat Waziri told Fergana. “However, I can't say when the construction of the base will begin.”

Another Afghan MoD official, Muhammad Radmanish, reiterated: “China itself proposed construction of a mountain infantry base in this region and to take on all the expenses.”

The growing Chinese military presence in Badakhshan will necessarily draw in Tajikistan, which China has to use as a transit route.

Fergana also talked to a local government official in Bazai Gonbad, near the eastern tip of Badakhshan, populated mostly by ethnic Kyrgyz, who said that Chinese soldiers visit the village “two or three times” a month. “They stay in the school building and sometimes give children candy and bread, but never engage in conversation,” the unnamed official said. “The Chinese soldiers enter Afghanistan territory through neighboring Tajikistan because there's no direct road from China.”

That account was confirmed by reporters from AFP, who visited the region in October (but only published their report on February 3). "'The Chinese army first came here last summer and they were accompanied by the Afghan army,' said Abdul Rashid, a Kyrgyz chief, adding that he had seen vehicles flying Chinese flags,” AFP reported.

Rashid's account was confirmed by other Kyrgyz, including another chief Jo Boi, who said the Chinese military spent almost a year in Wakhan before leaving in March 2017....

With little access to the corridor, Kabul provides almost no services to those who live there -- but the Chinese, Boi said, have been bringing "a lot of food and warm clothes".

"They are very good people, very kind," he told AFP.

After their March visit, he said, they returned in June for roughly a month. "Since then they come every month... to distribute food."

It's an open question as to how Russia, which has been nervous about Tajikistan's growing military ties with China, will respond to this. Russia has remained quiet about the issue, at least publicly.

One Russian news article on the issue, in Izvestiya and headlined “China-stan,” intriguingly compares the nascent Chinese presence in Badakhshan to that of Russia in Syria.

“If the trend continues, then the Chinese presence will most likely be modeled after the Russian presence in Syria,” said Vasiliy Kashin, a Russian expert on the Chinese military. “In particular, relying on a coalition with local government forces, support of friendly units from the local population, supporting allies with air strikes and special operations actions, with limited participation by land forces. The first step will be forming local forces, with limited participation by Chinese forces, and then the support will increase.”