China gets Central Asia’s votes, Russia gets its silence 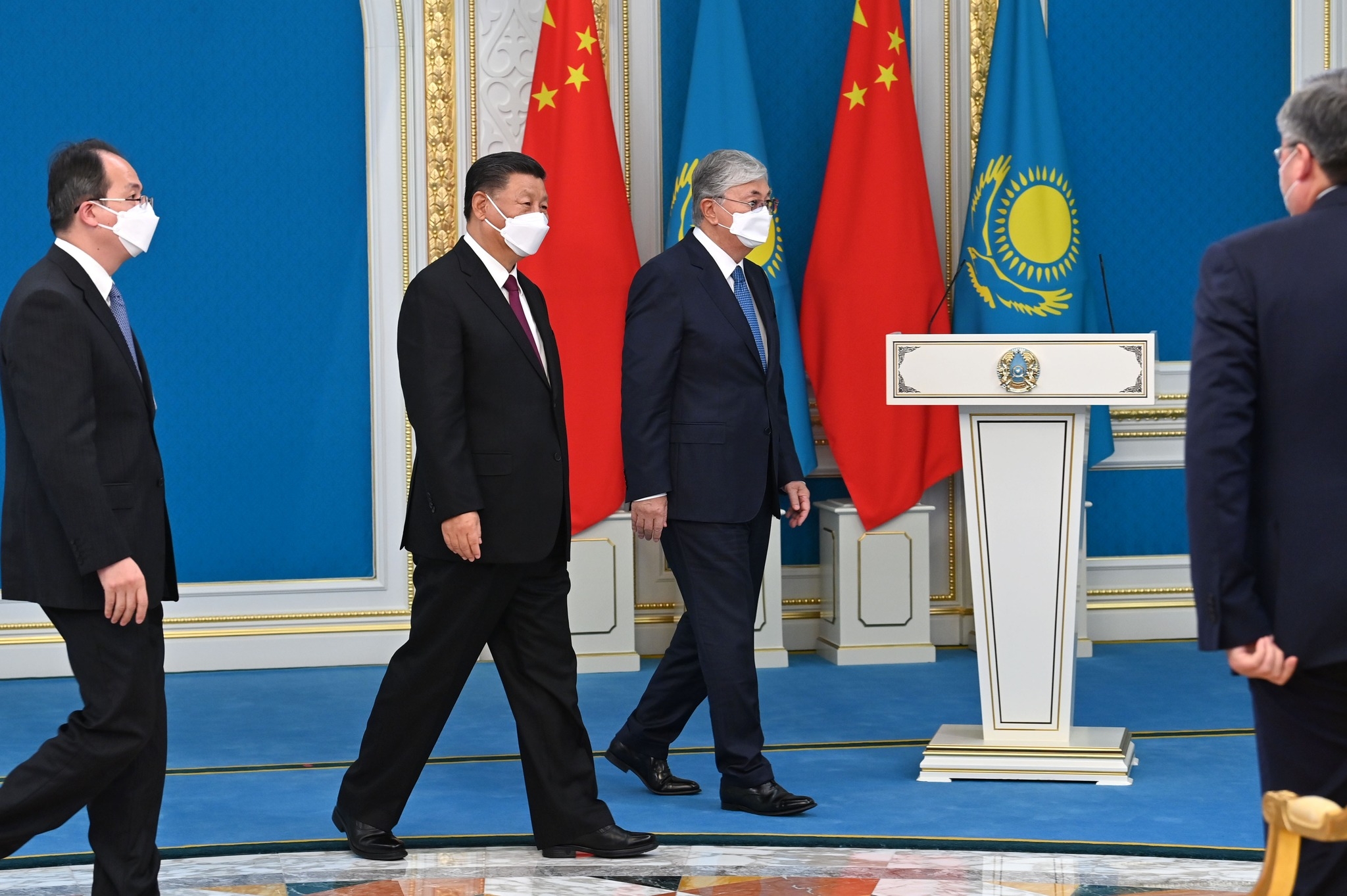 The difference between nay votes and non-votes, or abstentions, at the United Nations is symbolic, but often significant.

A country that abstains might do so for any number of reasons, including fear of offending friendly countries on opposite sides of an issue. Voting yes or no, on the other hand, means taking sides and being prepared for the diplomatic consequences.

On October 12, Central Asia’s two largest countries, Uzbekistan and Kazakhstan, joined 35 other UN members in abstaining on a resolution in favor of Ukraine’s territorial integrity and condemning Russia’s hastily-staged referendums in occupied Ukraine.

Only five countries, including Russia, voted against the non-binding resolution that demanded Russia reverse its annexation of the four Ukrainian territories, with 143 voting in favor. Belarus was the only ex-Soviet state to give Moscow its backing. Neutral Turkmenistan did not vote.

Central Asian states, who have so far refused to recognize the entities in Russia-occupied Ukraine, behaved the same way as they did in 2014 during a motion against Russia’s annexation of Crimea. Back then 58 countries sat on the fence, while 10 were opposed.

But it was a different story last week in the 47-seat United Nations Human Rights Council where Tashkent and Astana – both temporary members of the 47-seat council – voted against a decision to discuss the situation in China’s Muslim-majority Xinjiang, thereby backing Beijing.

The vote followed the publication of findings by the UN Office of the High Commissioner for Human Rights that attested to widespread rights violations during Beijing’s multi-year crackdown there, which OHCHR said could constitute crimes against humanity.

Kazakhstan’s vote raised eyebrows because ethnic Kazakhs are among the groups that China has targeted in a campaign of mass arbitrary detentions, and because it represented a slight departure in position.

In the summer of 2019, when Xinjiang-related activism was peaking in Kazakhstan, Astana decided to sign neither a letter submitted to the UNHRC by 22 mostly Western countries critical of Beijing’s policies there, nor a counter-letter in support of China’s position. While that was not a formal vote, Astana’s inaction amounted to an abstention.

This time, Kazakhstan and Uzbekistan were among the 19 voting against discussing China’s abuses; 17 voted for discussion and 11 abstained.

In response, rights watchdog Amnesty International criticized “silence – or worse, blocking of debate – in the face of the atrocities committed by the Chinese government.”

Kazakh President Kassym-Jomart Tokayev has made it clear that he is not particularly interested in the Xinjiang rights crisis.

During an interview in 2019, he opined that rights groups working on the topic were prone to misinformation and that Kazakhstan should not become “a territory for the global anti-China front.”

Months before, a leading Xinjiang-born Kazakh activist had been arrested on charges of sowing inter-ethnic discord. The activist, Serikzhan Bilash, now lives in de facto exile, and the movement he spearheaded documenting abuses is far more subdued than it was three years ago.

Weakened public interest in Xinjiang makes it easier for Astana to vote the way it did.

A separate motivation for Kazakhstan and Uzbekistan is the fact that both clamped down in bloody fashion on regime-rattling unrest earlier this year, with neither heeding calls for internationally backed independent investigations into those events.

But Kazakhstan’s sudden overt support for China’s position – risking frowns in the West – likely reflects both lobbying by Beijing and the country’s ongoing tensions with Moscow over Ukraine, which has sent it scrambling for diplomatic backing.

Last month, Xi Jinping did his neighbor a solid in this regard when he made the country his first foreign visit since the outbreak of the coronavirus pandemic, while en route to the Shanghai Cooperation Organization summit in Uzbekistan.

Speaking in Astana, the Chinese leader made pointed comments in support of Kazakhstan’s territorial integrity and against meddling “by any forces,” after Russian politicians had joined political commentators threatening their Central Asian neighbor over its neutral position on Ukraine.

Xi’s September 14 stopover was not good news for everyone, however. Two members of a small group of relatives of detained Xinjiang residents, who marked their 600th day of protest outside China’s consulate in Almaty earlier this month, were sentenced to 15 days administrative detention on the eve of his visit.

Other members of the group complained of intense surveillance as police attempted to thwart their plans to travel north to the capital and demonstrate against Xi’s visit.