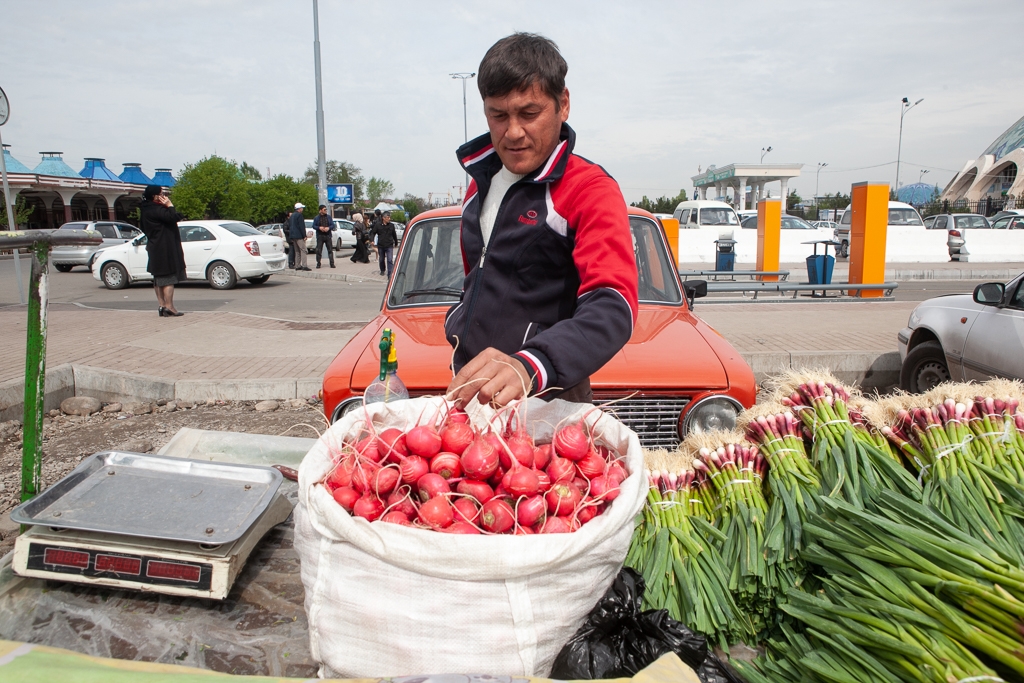 From Tashkent to Tianjin: China is getting a taste for Central Asian foods. (photo: David Trilling)

China is opening its markets to Central Asia’s fledgling food exporters, embarking on a new phase of economic engagement with the region.

For decades, China had an appetite for Central Asian oil and gas and a few commodities, but little else. Beijing is now encouraging more industries to send it their goods. It has signed phytosanitary agreements – approving a growing range of Central Asian foodstuffs – while helping firms secure export licenses and learn the ins and outs of Chinese e-commerce.

This is designed to make the region more economically stable, provide opportunities for Chinese companies and boost Beijing’s political influence more than debt-for-infrastructure programs ever could. Because it’s directly linked to jobs and foreign currency, market access offers powerful leverage; when Beijing punishes Korea and Australia, for example, it blocks access to its markets.

Governments in Central Asia are vocal about their desire for job-creating export industries, especially in agriculture. During a visit to Beijing in 2019, Kazakhstan’s President Kassym-Jomart Tokayev proposed to triple wheat sales to China and enthused about the possibilities: “We are ready to export dairy products, poultry, beef, lamb, pork, flour, cereals, legumes, and oilseeds to the Chinese market. We plan to increase the production and export of organic food to China.” This past September, Uzbekistan’s president said he plans to grow food exports by a factor of five.

Beijing’s strategy is twofold. It is offering access to 1.4 billion consumers, while financing export-oriented businesses keen on the cutthroat Chinese market.

This a long-term project. According to Kazakhstan’s government investment office, five meat-processing plants worth $127 million are currently under construction, including a $26 million project in Almaty region backed by Russian and Chinese capital. Kazakh officials regularly boast of their country’s potential as a global “food hub.” In October, Trade Minister Bakhyt Sultanov told journalists his office is digitizing distribution systems to “ensure that the entire hierarchy of agricultural producers have guaranteed sales and income growth” and to help 100 local firms enter foreign markets each year.

It’s still early days, but Kazakhstan has modestly increased its non-hydrocarbon/metal exports since the mid-2010s after a long slide, while Uzbekistan has been pushing up its non-hydrocarbon/cotton exports. But these remain minuscule compared to GDP – about $180 billion in Kazakhstan and $58 billion in Uzbekistan. (Tajikistan and Kyrgyzstan have registered no discernible increase in exports to China, a reflection of their poor export performance more generally.)

Despite relatively high levels of Sinophobia, Kazakhstan, Uzbekistan and Tajikistan are eager to engage Chinese investors. Kyrgyzstan stands apart. Chinese businesses there have been consistently targeted with shakedowns and violence. Last February a $280 million industrial, trade and logistics center project at At-Bashi was scrapped after protests – a missed chance to diversify an economy so dependent on Russian remittances.

First, China is one of the most competitive markets in the world. Major exporters from all over the globe have mature businesses in most market segments. Beijing is aware of this and is training Central Asian exporters on the various channels for moving goods into Chinese shops. Chinese money is also modernizing many of Central Asia’s production methods. And, of course, these exporters do not need to dominate the Chinese market. A tiny slice of a few sectors would be huge windfall for the region.

The second challenge is logistics. Overland and air links to major population centers on China’s east coast are not as developed or cheap as China’s sea and air links to countries far further afield. Once again, governments on both sides the border recognize the problem and are seeking to expedite cross-border logistics. But as the cancelled project at At-Bashi shows, this is a tough barrier to overcome.