Foreign Minister Wang Yi used a visit to Central Asia to talk about the United States. But his counterparts wanted to talk business. 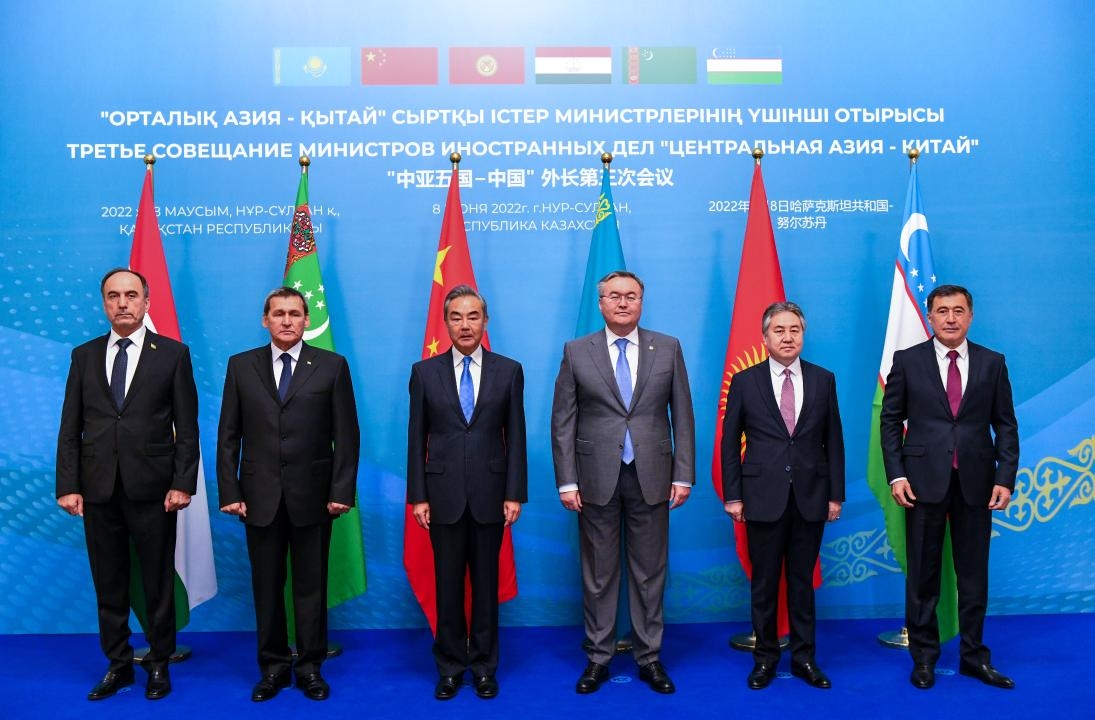 Central Asian countries should stay out of geopolitical conflicts, China’s Foreign Minister Wang Yi has warned his counterparts from the region during a visit to Kazakhstan.

Wang clearly had an audience beyond Central Asia in mind when he exhorted that “the region should be on guard against attempts by forces outside the region to draw regional countries into major power conflicts and force them to take sides.”

But Central Asian governments might be forgiven for interpreting this browbeating as a patronizing attempt by their mighty neighbor to dictate how they should run their foreign policies.

Both “expressed deep concerns about the serious spillover impacts of the Ukraine crisis,” the ministry said, using a euphemism since it refuses to call Russia’s aggression a “war.”

That is a reference to China’s arch enemy, the United States, which has strongly condemned Russia’s war in Ukraine and introduced sanctions, along with the rest of the Western world.

China has not condemned Russia’s aggression. But it has condemned what it deems “illegal” international sanctions against its partner Russia as “financial terrorism” and “economic weaponization.”

Kazakhstan, and other Central Asian states, have broadly sought to distance themselves from Russia over the war, without issuing any outright condemnation of their ally.

The readout of the meeting from Tokayev’s office studiously avoided mention of Wang’s lecture.

Wang was in Nur-Sultan for a meeting with regional foreign ministers on June 8, the third in a relatively new format called Central Asia-China.

The meeting ended with boilerplate statements about boosting cooperation as an “important factor for sustainable socioeconomic development and the preservation of peace, stability and security in the region.”

One project under consideration is a railroad linking China with Uzbekistan via Kyrgyzstan, which was first mooted more than two decades ago and is again on regional officials’ lips.

Kyrgyz Prime Minister Akylbek Japarov said last month that the governments were preparing to sign an agreement in September to start building the CKU line – although first a route must be agreed and a feasibility study completed.

That these remarks were picked up and quoted in China’s Communist Party-backed Global Times newspaper lent weight to the idea that the project is gaining steam in Chinese circles as well as Central Asian ones.

The topic surfaced in Wang’s bilateral meetings with the foreign ministers of Kyrgyzstan and Uzbekistan.

Wang agreed with Kyrgyz Foreign Minister Jeenbek Kulubayev to “advance the preparation for the construction of the China-Kyrgyzstan-Uzbekistan railway, and complete the project feasibility study as soon as possible,” his ministry said.

With Vladimir Norov, the acting foreign minister of Uzbekistan, Wang agreed to “explore ways to speed up the diversified construction of the China-Kyrgyzstan-Uzbekistan Railway and other transportation channels.”