A project that catalogs the victims of Chinese repression has been targeted by Beijing’s wolf warriors and Central Asian governments. 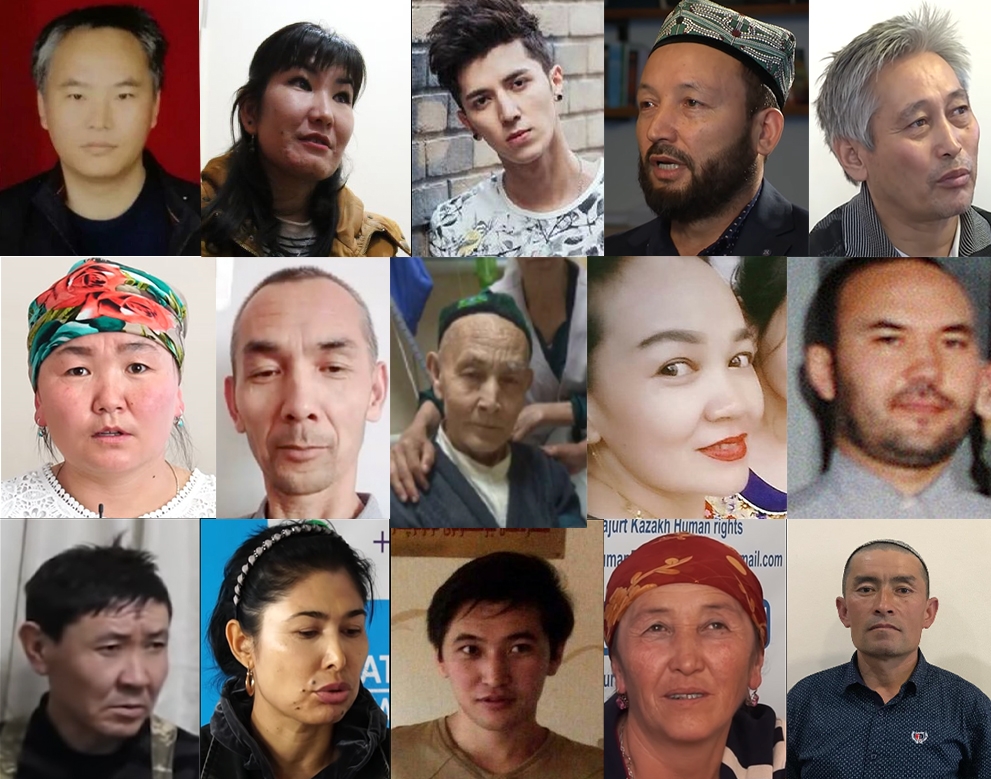 A few of the victims (images from the Xinjiang Victims Database)

Russian-American researcher Gene Bunin got early notice that his Xinjiang Victims Database had angered China when Beijing blocked the website in 2018, just months into its existence.

But it wasn’t until a few weeks ago that the website – which now includes over 14,000 profiles of people who have been arrested or disappeared by the Chinese government in the Muslim-majority Xinjiang region – earned a namecheck from Chinese authorities.

China has been campaigning overtime to deflect international criticism of its repression in Xinjiang, where rights groups and researchers estimate that over a million Muslims are or have been incarcerated, sometimes in forced labor camps.

An increasing number of Western countries are saying that Chinese policy there amounts to genocide.

Bunin, who speaks Uyghur and Mandarin and spent several stints in the Uyghur-majority city of Kashgar in Xinjiang before being based until last year in Kazakhstan, has so far avoided the retaliatory sanctions that China has begun using against Western academics.

Yet his database, the largest of several focused on the crisis, was a top target in a Xinjiang-themed press conference held by officials in Beijing on April 8.

Xu Guixiang, a spokesperson for the Xinjiang region, told journalists that officials had pored over the profiles in foreign databases on Xinjiang and found that 1,300 of the people listed were "completely made up," with nearly 7,000 more living "a normal life" and 238 dead from “diseases and other causes.”

Xu acknowledged that over 3,000 people had been charged or sentenced for “crimes of violent terrorism” and other offenses.

Then an April 9 article in the nationalistic Global Times – headlined “Xinjiang-related databases fabricated by anti-China think tanks based on false testimonies, purely political maneuvers” – alleged that Bunin was backed by separatists with American and Australian financial support.

Bunin, who told Eurasianet that the Xinjiang Victims Database demands between 150 and 250 hours of work per week from himself and part-time staff around the world, thought it inevitable that the project would be singled out by Chinese propagandists sooner or later.

In the buildup to the rebuke, anonymous critics had written to the website’s domain registrar and hosting provider with complaints that profiles violated individual privacy rights. The project also weathered several cyberattacks, although nothing serious enough to take it offline.

The Xinjiang Victims Database has become harder for China to ignore since it began attracting international media attention.

It has also turned a corner on financing problems.

While Bunin used to issue crowdfunding appeals on Facebook, that’s no longer necessary. A ticker on the homepage shows the project has the $5,000 it needs to cover monthly operational costs.

No donations, Bunin maintains, come from governments or institutions. Most are, instead, “in the $10-$100 range.”

Regarding Xu’s claim that 7,000 individuals in the database are living normal lives, “we’ll believe it when we hear it” from the individuals themselves, said Bunin, who also rebuffed the claim that over a thousand victim profiles were fake.

Xu statement was “very motivating for us, because it confirms, again, that every entry and every bit of effort we put in matters,” Bunin said.

Victims’ profiles are updated regularly and painstakingly, either by Bunin or his team of translators – Chinese, Uyghur and Kazakh speakers – who mostly prefer to remain anonymous.

Bunin likens the challenge of working with incomplete information to “noisy data processing,” a skill he fine-tuned during an engineering PhD that he never completed.

As the project has grown, the sources of information have grown more various.

In late 2019 the database expanded to include over 6,000 new entries – people whose incarceration could be confirmed in official government documents obtained by a China-sanctioned western scholar, Adrian Zenz.

Many of these profiles are scant, offering hard, official confirmation that somebody was “in custody” as of 2018 or “sent to training” – China’s euphemism for temporary internment camps – but few additional details about the individuals that would allow for follow-ups on their status.

Some of the fullest accounts of repression are in the 2,400-plus profiles for ethnic Kazakhs, many of which feature embedded video testimonies from multiple relatives residing in Kazakhstan.

These profiles were made possible thanks to grassroots activists in Kazakhstan with the unregistered Atajurt organization, who risked persecution from the Kazakh security services to make what Bunin calls an “unmatched” contribution to exposing the Xinjiang rights crisis.

While Bunin remains pleased by the level of international coverage the Xinjiang crisis has received, he worries that many news outlets are “getting stuck” in the search for ever-new angles.

By focusing on reeducation camps, journalists are missing the far-greater problem of lengthy formal prison sentences, he says, which apply to hundreds of thousands of people. China has closed the majority of the camps, Bunin argues, pointing to the dwindling number of testimonies about camp detentions since late 2019.

Bunin has also been critical of academics and media who have held close their own Xinjiang-related data, calling this “not morally defensible, not ethical.”

Meanwhile, since Bunin started his project in Almaty, Central Asia – where leaders compete for the ear of Xi Jinping – has become a hostile base. Bunin was barred from entering Uzbekistan, smeared by a newspaper affiliated with Kyrgyzstan’s security services, and last year finally had his Kazakh visa cancelled, as authorities intensified harassment of Xinjiang-related activism.

At present, his current priority is refining entries, rather than expanding the database, ramping up his team’s phone calls to Xinjiang police stations to check on the status of the detained and bolstering the global evidence base.

This documentation is vital “to preserve the dignity and humanity of the people [of Xinjiang],” even if it is too late to save many individuals, Bunin said.