China-Kyrgyzstan-Uzbekistan railway: Who is going to pay?

Kyrgyzstan is flogging its section of the would-be track, but how successfully? 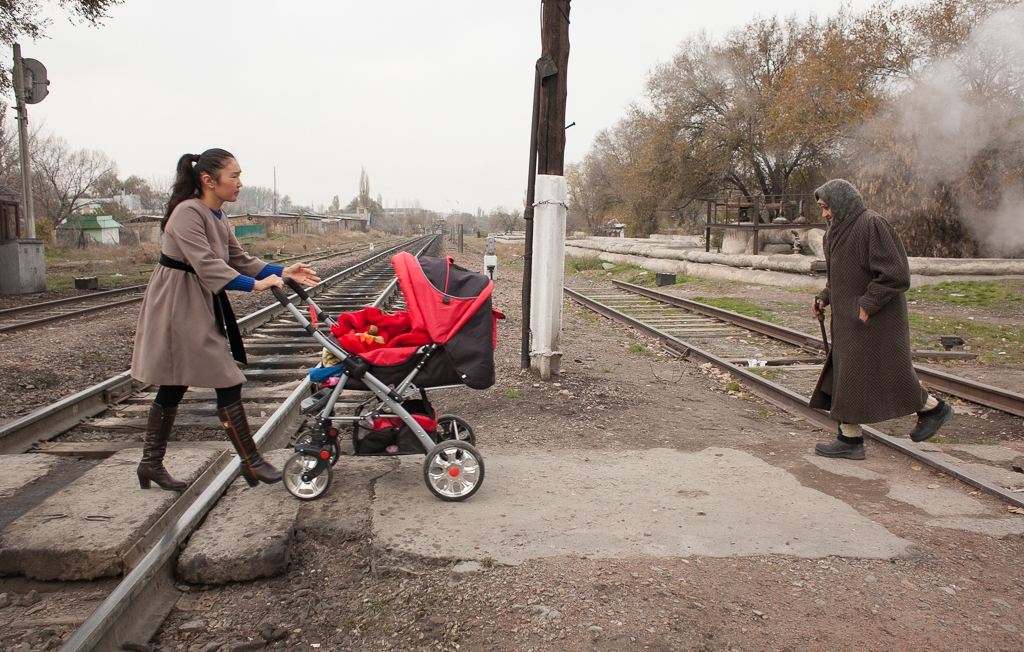 Many obstacles remain to building a railroad across Kyrgyzstan. (photo: David Trilling)

The elusive China-Kyrgyzstan-Uzbekistan railway project has been spoken about since before Chinese President Xi Jinping unveiled his grand vision for the Belt and Road Initiative.

The opportunities are enticing. The route, which has been referred to by the acronym CKU, could provide valuable outlets to the Persian Gulf and Turkey, via the Caucasus.

But after a quarter-century of chin-wagging, the challenges remain the same. Difficult and mountainous terrain, lack of money and no clear notion of how to make the railroad pay for itself.

Kyrgyzstan is a big part of the problem. The government is broke and weighed down by debts to Beijing. Fully $1.8 billion of Bishkek’s $4.8 billion foreign debt pile is owed to China’s Exim Bank. And China is growing leery of doling out more multibillion-dollar loans for Central Asian infrastructure, according to experts.

Undaunted, Kyrgyz officials are persisting in trying to hawk around the project. In March, Prime Minister Ulugbek Maripov, who had just met with his Uzbek counterpart Abdulla Aripov, flagged up Uzbekistan’s purported readiness to finance “certain sections of the track.” Tashkent notably refrained from comment.

Russia used to be the target of Kyrgyz overtures. But Moscow has been tight-lipped on a project that, if it were to happen, would undercut its gatekeeper role for freight wending its way between China and Europe.

CKU should by rights be an appealing option to China.

It has a route to the Gulf already, running 10,400 kilometers from the eastern Chinese city of Yiwu, through Kazakhstan, Uzbekistan and Turkmenistan to Iran. The shortest version of the CKU route would be far less circuitous, though.

But China has of late fine-tuned its approach to grand transnational infrastructure projects and tends to seek co-financing where possible. That’s what happened on the Yiwu-Tehran line.

Kyrgyzstan has no means by which to pull its own weight in laying down the 270 kilometers of track that would pass through its territory. Vasily Dashkov, the then-director of Kyrgyzstan state rail company Kyrgyz Temir Zholy, last year estimated that the railway would likely cost $4.5 billion.

Around a decade ago, Kyrgyz authorities, citing a 2012 feasibility study for the railway, claimed the country could gain up to $200 million annually in transit fees once the track was in operation. A UK foreign office brief written in 2013 noted that local opponents of the track felt this claim “grossly over-estimates [the track’s] economic potential.”

The so-called middle routes taking Chinese goods westward invariably bump up against the dominant northern variant running through Russia, which accounts for over 90 percent of rail freight between cities in China and Europe.

While there is some interest in routes further south, partly because of bottlenecks at the Poland-Belarus border, shippers are conservative in their requirements, says Andrew Grantham, news editor for the Railway Gazette.

“If shippers are looking to get stuff from China to Europe, they want the best price and reliability. Russia can offer that because you have fewer borders, fewer people to deal with and it’s a well set up end-to-end system,” Grantham told Eurasianet. “If you were going through Kyrgyzstan for that transcontinental journey, would you want to be dealing with all the separate authorities you might have to deal with?”

According to Grantham, “infrastructure for projects like [the CKU railway] do not usually cover their capital costs, or at least not for very many years. They are built for other reasons.”

There are, in any case, other options. State media in both China and Uzbekistan last June hailed the opening of a multi-modal route linking the three countries.

In the maiden run of this coordinated operation, 230 tons of electrical equipment were taken by train to the Chinese-Kyrgyz border, loaded onto trucks that then drove to the Uzbek border, and reloaded back onto trains. More than 500 tons of Uzbek cotton fabric came in the other direction.

Performing this journey will regularly, reports on this transaction stated at the time, take up to seven to 10 days one-way. Not bad, but could be better.

A railway would cut that time substantially and make a route running through Uzbekistan “competitive and attractive for major players in international trade,” Ravshan Nazarov, an academic at the Russian Economic University in Tashkent, told Eurasianet by email.

Uzbekistan therefore “has even more of an interest in building the railway in some ways than the other two countries,” said Nazarov.

Nazarov believes that the three countries have already agreed to cooperate on the shortest rail route possible, abandoning Kyrgyzstan’s earlier proposal that would have taken in stops at major Kyrgyz settlements.

But it is still difficult to see how Tashkent could finance more than a fraction of the track’s total value.

Before talking up Uzbekistan’s potential financial contribution to the railroad, Kyrgyzstan was promoting Russia as a partner for the track.

Former President Sooronbai Jeenbekov said in September that agreements on Moscow’s involvement were being discussed in a 3+1 format after Russia committed to a $3 million feasibility study.

In the months that followed Jeenbekov’s October resignation, officials continued to call for Russian investment into the project.

Moscow is making positive noises, but it may just be buying time.

This network would be “not simply a point of transit to Uzbekistan but will run through [Kyrgyzstan’s] cities and towns and thus help create concurrent production facilities and economic opportunities,” Lavrov said.

Azamat Akeneev, a Bishkek-based business analyst who has argued that Kyrgyzstan should pursue the railway at any cost in order to get its share of Eurasian transit, feels the prospect of Russian help is unlikely, however.

“I don’t think it is in Russia’s interests to build this railway,” Akeneev told Eurasianet. “If [Moscow] is involved, most likely it is involved only to stall it.”