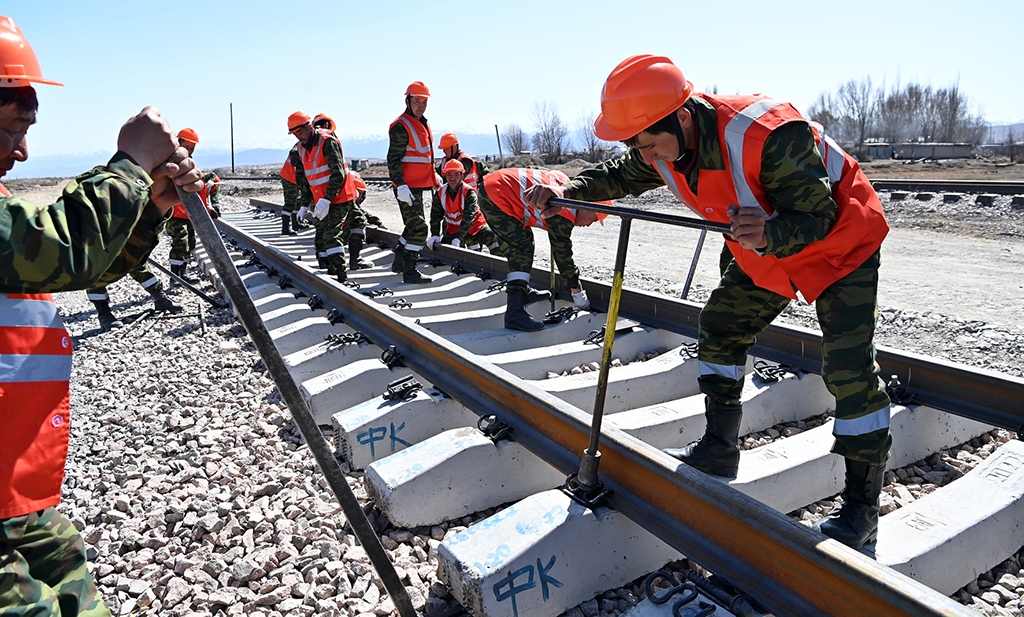 China, Kyrgyzstan and Uzbekistan have signed a long-anticipated agreement to push ahead with construction of a railroad linking their countries that will, if completed, establish a shorter route to Europe bypassing sanctions-hit Russia.

The three governments signed the agreement on September 14 on the sidelines of a summit of the Shanghai Cooperation Organization (SCO) in Uzbekistan.

The document does not set out a roadmap for construction of the CKU link, which was first mooted a quarter of a century ago but had struggled to get off the ground until Russia’s invasion of Ukraine breathed new impetus into it.

But it does move the project one step closer to reality, by laying out terms for a feasibility study for the Kyrgyz leg, which is the missing link to connect existing railroads in China and Uzbekistan, to be completed by the first half of 2023.

The news was announced by the transport ministries of Kyrgyzstan and Uzbekistan, which signed the agreement with China’s National Development and Reform Commission.

The costs of the study will be shared equally, the Kyrgyz Ministry of Transport and Communications said.

The ministry’s statement appeared to confirm earlier reports that a route has finally been agreed, after years of wrangling.

Kyrgyzstan had pushed for a route that would serve more populated areas further north but appears to have settled on a route restricted to the south, from which it will reap benefits – from job creation for construction of the line and transit fees.

The railroad will begin at Torugart, where there is an existing road crossing from China, and continue north through the settlements of Arpa and Makmal to Jalal-Abad, where it will link up with Uzbekistan’s rail network.

Makmal is the site of a goldmine operated by a Sino-Kyrgyz joint venture with majority Chinese ownership.

The 280-kilometer route will cost $4.1 billion, to be funded either via direct investment or public-private partnership, the newspaper quoted Kyrgyz Transport Minister Erkinbek Osoyev as saying.

The cost estimate is conservative compared to previous estimates of double that for a railroad that will pass through challenging mountainous terrain requiring a series of tunnels – reportedly 90 of them – to be built.

China will also need to build 160 kilometers of track to feed into the new line, according to The Economist.

If ever completed, the new link could continue south through Turkmenistan into Iran and onward to Turkey, the gateway to Europe.

That would shorten the route from China to Europe by 900 kilometers and cut eight days off the travel time, The Economist calculated.

China has cautiously agreed on the need to advance plans to build the railroad, while warning that it will not foot the whole bill.

Uzbekistan has in recent times embraced with zeal a project it sees as part of a grand scheme to improve transport and trade links westward from Central Asia to Turkey and onward to Europe, on a route that bypasses internationally isolated Russia.