Chinese investors often get generous tax breaks in the country. 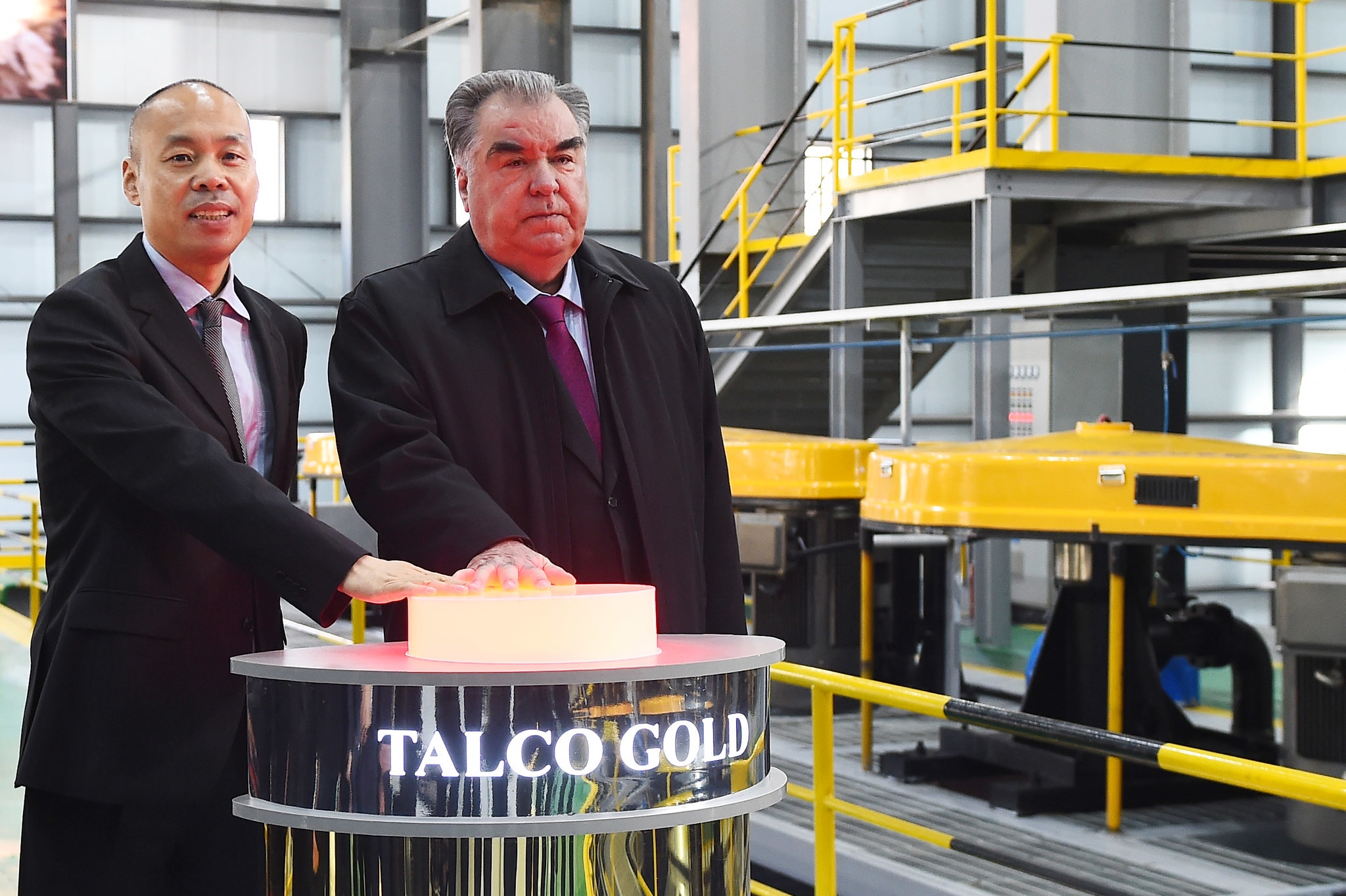 Tajikistan’s president traveled to the northern Sughd region on April 14 to oversee the opening of a new gold processing plant built by a Chinese investor at a cost of around $136 million.

The enterprise, Talco Gold, will produce up to 2.2 tons of gold and 21,000 tons of antimony annually, according to government officials.

China is by far Tajikistan’s main source of foreign direct investment. In 2021, businesses from China invested more than $211 million in Tajikistan, an amount that account for nearly 62 percent of the global FDI figure. Those funds mainly went toward the extraction and processing of lead, zinc and tin ores, and the mining of precious and semi-precious gems and metals.

Talco Gold is a joint venture between the Talco Aluminum Company, a Tursunzoda-based company said to be owned Hasan Asadullozoda, the brother-in-law of President Emomali Rahmon, and China’s Tibet Huayu Mining.

The company has promised it will provide jobs for 1,500 people, most of them Tajik nationals. That prospect comes at a fortuitous time, just as Tajikistan faces the prospect of a fresh economic crisis precipitated by international sanctions on Russia, where hundreds of thousands of Tajiks travel annually for seasonal labor.

Work on building the processing facility in the Sughd region, which will work with material mined at the nearby Chulboi, Konchoch and Shakhkon deposits, had begun four years ago, but was delayed by the onset of the COVID-19 pandemic.

Talco is ostensibly an aluminum concern, but it began to branch out in 2015 as a result of a state-designed program to prop up the company. As part of that program, the government handed the company a 25-year concession to the Konchoch gold and silver deposits.

Chinese investments invariably arrive with many strings attached – not least because Tajikistan is deeply in debt to Beijing. According to the Finance Ministry, Tajik debt to China as of January 1 amounted to $1.1 billion, which is almost exactly one-third of the country’s overall external debt.

“China gives money as a loan to Tajikistan for specific projects, and often the parliament approves tax exemptions during the construction period,” one analyst told Eurasianet on condition of anonymity, as criticism of the government can incur reprisals. “Construction equipment is brought in from China, Chinese workers are engaged in the building. As a result, all the money goes back to China, and Tajikistan remains saddled with the debt.”