China’s security assistance to its impoverished neighbor has been growing rapidly over the past few years. 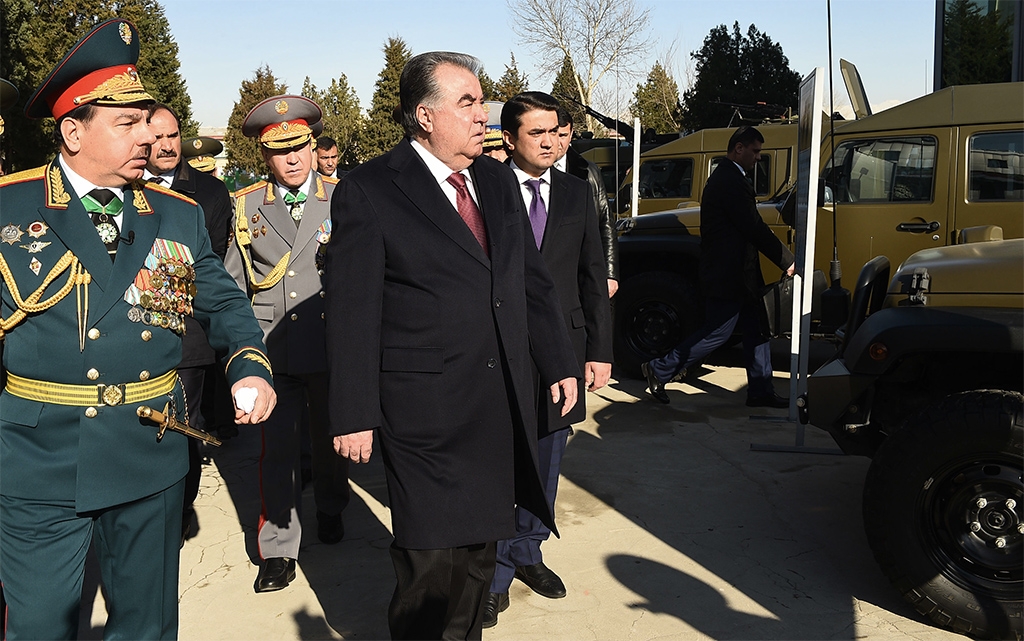 A new Pentagon report has warned that China may be eyeing new military bases in neighboring Tajikistan, where the People's Liberation Army already operates at least one clandestine outpost.

The September 1 report to Congress said Beijing is “seeking to establish a more robust overseas logistics and basing infrastructure to allow the PLA to project and sustain military power at greater distances.” Tajikistan is listed as one of 12 countries the PLA "has likely considered." China officially operates only one base overseas, in Djibouti.

Early last year the Washington Post confirmed long-held suspicions about the Chinese military presence in the desolate quadrant where the borders of Tajikistan, China and Afghanistan intersect. PLA personnel spotted by a Post reporter in a remote market were seen to be wearing the collar insignia of a unit from Xinjiang, the Chinese territory neighboring Tajikistan.

One soldier said the troops had been in the location for “three, four years.” Satellite images showed a complex of around two dozen two-story buildings and lookout towers built since 2016.

Last year, Tajikistan conducted another round of joint military exercises with China’s armed forces in the same region, lending weight to suspicions that Dushanbe is increasingly outsourcing its security needs to Beijing.

China’s security assistance to Tajikistan has grown rapidly over the past few years, with Beijing promising to refurbish as many as several dozen guard posts along the border with Afghanistan. At the same time Dushanbe is increasingly beholden to China, which owns over $1.2 billion, or 40 percent, of Tajik government debt. Awkwardly, from time to time, Chinese nationalists lay claim to chunks of Tajik territory.

Several sections of the 173-page Pentagon report mention Tajikistan, including concerns that Chinese technology companies may be “collecting facial recognition data on Tajikistanis” with the same type of equipment being used in Xinjiang, where China operates a network of internment camps for Muslim minorities.

Overall, only a few pages focus on Central Asia, however. Much more attention is given to China’s increasing military capabilities and “the PLA’s staggering amounts of new military hardware.” The Pentagon expects China to double its nuclear stockpile within the next decade from the low 200s today. Beijing has rebuffed Washington's calls to enter its own weapons negotiations with Moscow, arguing that the American arsenal is vastly larger.