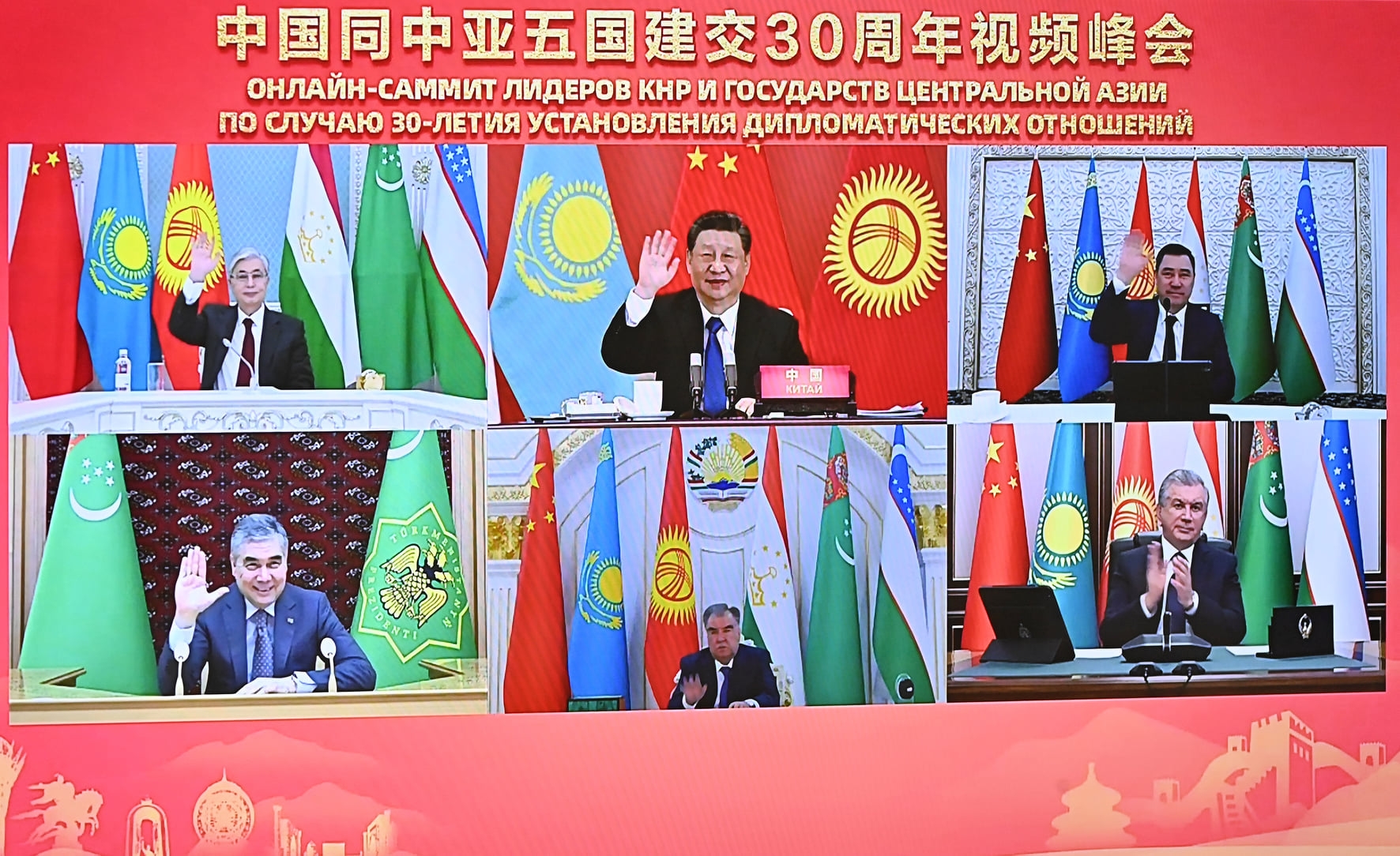 All for one and none for all? (Kyrgyz presidential administration)

China’s president gathered his five Central Asian counterparts for a virtual jamboree on January 25 to celebrate 30 years of diplomatic relations. The public announcements from the meeting were rich with data and included the standard promises for further economic integration.

Yet each Central Asian leader promoted his own agenda, apparently less concerned about regional issues than by their country's bilateral ties with the Chinese economic juggernaut.

Kazakhstan's President Kassym-Jomart Tokayev discussed the recent bloody unrest in his country and pledged systematic reforms. "We have started building a new Kazakhstan," Tokayev said. He stressed that he is working to eliminate corruption in the customs service to facilitate exports to China.

For his part, Chinese President Xi Jinping vowed to open China’s domestic market to more Central Asian goods and agricultural products. This would be especially good news in Kazakhstan, where exporters suffered significant losses last year when China tightened border regulations, allegedly due to the coronavirus.

The Chinese leader also said he wants to bring trade turnover between China and the region to $70 billion by 2030. The figure has grown 25-fold in the last 20 years, from $1.5 billion to $38.6 billion in 2020, according to state-run People’s Daily. Leading the growth is Turkmenistan, which has seen trade grow nearly 200 times, to $6.5 billion in 2020 – mostly in the form of natural gas exports.

For all these plans to materialize, Beijing needs stability in Central Asia. It has evidently followed with concern the events in Kazakhstan, where days of unrest amid a possible coup attempt earlier this month left at least 227 dead.

To that end, Xi elicited soothing words from Central Asia’s leaders about their distaste for “color revolutions” – authoritarian shorthand for popular protests. In a joint statement, the leaders also promised to support the "One China" policy, which sees Taiwan as an integral part of the People’s Republic.

Unmentioned was the situation in Xinjiang: the vast, Muslim-majority region bordering Central Asia where China has incarcerated up to a million people in reeducation camps. It is a sensitive political issue in some Central Asian countries, especially Kazakhstan and Kyrgyzstan.