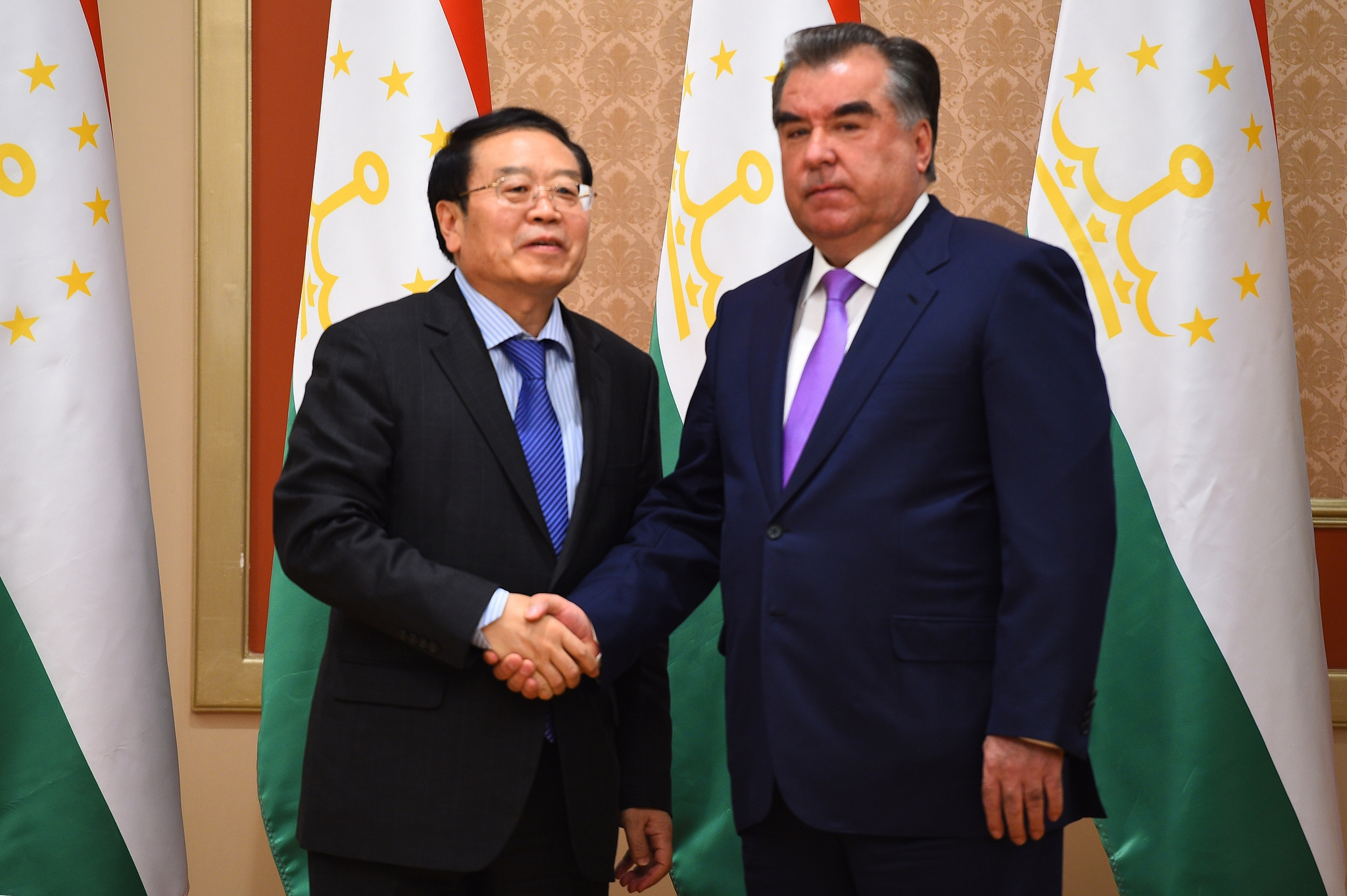 China's plans to create a new Central Asian security bloc have raised concerns in Moscow that Russia is declining geopolitically in Central Asia and may now be competing with China.

General Fang Fenghui, the chief of general staff of the People's Liberation Army, said on a visit to Kabul this month that China was proposing an anti-terror regional alliance consisting of Afghanistan, China, Pakistan, and Tajikistan. Almost no details about the grouping have been announced, but a spokesman for Afghanistan President Ashraf Ghani "said the Chinese military chief asked for Afghanistan's participation in the Chinese-proposed anti-terrorism mechanism with Pakistan and Tajikistan," VOA reported. "President Ghani has endorsed the proposal," the spokesman said.

China has been exploring a greater role in Afghan security; during Fang's visit he also promised $70 million in military aid to Afghanistan. But the fact that this proposed alliance would include Tajikistan, and exclude Russia, has raised alarm bells in Moscow. Russia has, until now, seen itself either as the primary security provider in Central Asia or, at times, a partner with China. But that may be changing.

"There is a danger in this new alliance, along with Pakistan and Afghanistan China is including Tajikistan, which Russia has until recently considered part of its zone of influence," said Andrey Serenko, of the Russian think tank Center for the Study of Contemporary Afghanistan, in an interview with the newspaper Izvestiya. "Russia's involvement in Ukraine and the Middle East have resulted in us losing our position in Central Asia. It appears that in this 'Central Asian NATO' under the Chinese umbrella, Russia may be the odd one out."

"The attempt to create this sort of military alliance, were it to be realized, would de facto reject the antiterror component of the Shanghai Cooperation Organization," wrote Central Asia analyst Alexander Knyazev in a piece in the newspaper Nezavisimaya Gazeta. "The existence of the Collective Security Treaty Organization in this case is completely being ignored." [Both groups are Central Asia-focused security organizations; China and Russia are both in the SCO; Russia leads the CSTO.]

This sort of rhetoric from Russia is particularly surprising in light of the central role China has played in the Kremlin's attempts to build a new, anti-Western world structure. The crisis in Ukraine and the fallout with the United States in Europe led Russia to strengthen ties with China. So it's remarkable to see these Kremlin-friendly analysts jump to the conclusion (which may be premature) that China is now a competitor with Russia in Central Asia, rather than a partner. "We are seeing now the first point of contention between Beijing and Moscow," Serenko said.

Officially, the Kremlin is being sanguine about the alliance. "This is about controlling borders and the infiltration of terrorists. This doesn't mean that China intends to use its armed forces," said Russia's special envoy to Afghanistan, Zamir Kabulov, in an interview with Izvestiya. "There's no reason for us to join. We have our own plans in the framework of the CSTO. Moreover, we discuss these issues with China in the framework of the SCO."

For what it's worth, the U.S. State Department has come out, tentatively, for the alliance: "China's a neighbor, and they have an interest in a strong, stable, terrorism-free Afghanistan,” an unnamed spokesperson told VOA. “And I understand President Ghani had some positive things to say about it. Again, we'd welcome any effort by the international community and members of the international community that would lead to a strong, prosperous, stable Afghanistan in the future. "

Unsurprisingly, there has been no official comment on this in Tajikistan. Recall that Tajikistan just completed huge joint military exercises with Russia on the border of Afghanistan, and that Knyazev said that Russia may be thereby trying to send a message to Tajikistan about China. Whatever the case, the exercise demonstrates that Russia's military ties with Tajikistan are far greater than China's. The latter are growing, however, and this most recent step seems to be sowing a bit of panic in Moscow with the realization that the days of their dominance in Central Asia are numbered.