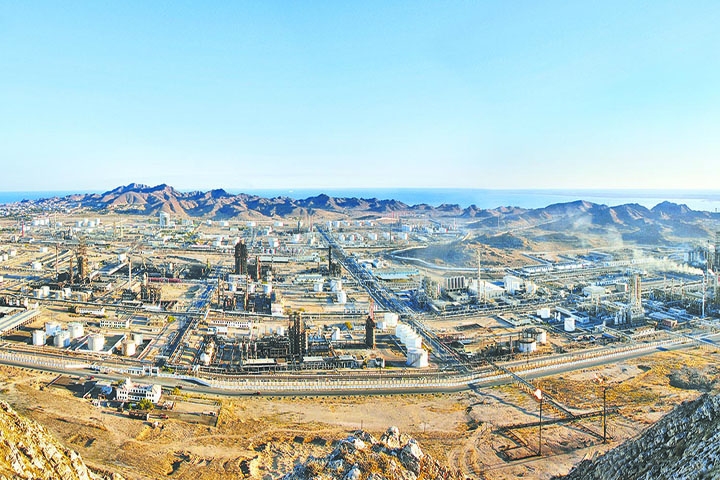 China is expected to be a major presence at the 28th meeting of the Energy Charter Conference, scheduled to be held in the Turkmen capital Ashgabat on November 28-29. Chinese officials are looking to catalyze efforts to secure larger volumes of energy imports from Central Asian suppliers, especially Turkmenistan, and promote projects connected to the $1-trillion Belt and Road infrastructure development initiative.

The Energy Charter Treaty dates back to 1991 and was designed to provide a clear framework for all facets of cross-border energy development in Eurasia in the post-Soviet era, including investment and transit.  Members are primarily European and post-Soviet states. China gained observer status in 2001.

Although Chinese economic growth has slowed, the country’s demand for energy remains strong. Oil consumption grew 3.3 percent in 2016, following average annual growth rates of 5.7 percent from 2005-2015, according to BP. Gas consumption rose at a 7.7 percent rate in 2016, down significantly from an average annual growth rate of about 15 percent from 2005-2015.

According to the International Energy Agency, China's demand for gas is forecast to rise by 8.7 percent per year to 2022. China’s own energy reserves are insignificant, thus it needs to expand access to international suppliers. At the same time, Beijing is focusing on ramping up overland supplies in order to reduce its dependency on tanker-borne imports that pass through the Strait of Malacca, a maritime chokepoint that could be easily closed off in a time of potential conflict.

Chinese attention is naturally focusing on expanding natural gas supplies from Turkmenistan. Ashgabat reportedly controls the world’s fourth largest reserves of gas, and shipped roughly 30 billion cubic meters (bcm) of it to China in 2016. (Given the closed nature of Turkmenistan’s political system, no definitive figures are publicly available).

According to the June 2017 BP Statistical Review of World Energy, China imported about 38 bcm of gas from various countries via pipeline in 2016, while another 34.3 bcm of liquefied natural gas (LNG) also was imported.  Of the natural gas imported via pipeline, Turkmenistan accounted for about 77 percent of China’s total imports in 2016 via the 3,666-kilometer (2,278-mile) Central Asia-China gas pipeline network.  With exports to Iran and Russia having shriveled, China is now Ashgabat’s sole significant purchaser of gas, which is the critical source of revenue for President Gurbanguly Berdymukhamedov’s authoritarian regime.

Meanwhile, a consortium headed by the China National Petroleum Corp. (CNPC) gained a $10-billion production sharing agreement (PSA) for Galkynysh field in 2009, and CNPC also holds the PSA for Bagtyyarlyk, which covers several gas fields, including Saman-Depe and Altyn Asr.

Under the Galkynysh PSA, Turkmenistan is supposed to export 30 bcm per year to China for 30 years. But the two countries want to bring annual gas deliveries up to 65 bcm per annum — 30 bcm from Galkynysh, and the rest from the Bagtyyarlyk PSA and other Turkmen sources.

The major challenge to realizing this goal is Turkmenistan’s evident lack of sufficient export capacity. The existing export pipeline network to China is operating near capacity and a major expansion is on hold. Turkmenistan’s economy is also coming under great strain, due to a significant drop in export income brought on flat energy prices. Chinese officials are hoping the late November gathering in Ashgabat can help break the apparent log-jam on pipeline construction.

Chinese officials also will look for opportunities during the Ashgabat meeting to tout the Belt and Road initiative, which is envisioned as a means  to expand Chinese exports to Europe and Eurasian states.

Chinese trade with Central Asian states these days tends to be a one-way street, with raw materials and natural resources flowing to China, and few high-value goods coming back in return. For example, Turkmenistan’s imports of Chinese goods accounts for about $815 million out of China’s total world exports of $2.3 trillion, or under 0.04 percent.

Trade is also expected to improve for China after the completion of the $2-billion, 635-kilometer Turkmenistan-Afghanistan-Tajikistan (TAT) railway.  Turkmenistan completed its section of the railway with Afghanistan in November 2016.