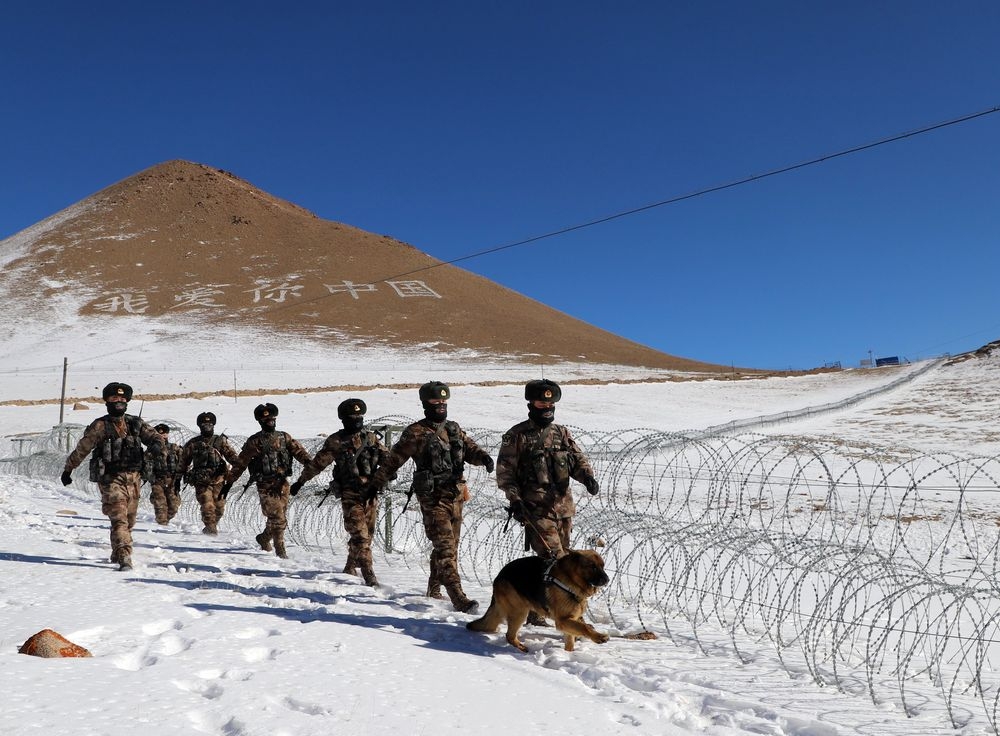 Chinese troops patrol the border with Kyrgyzstan this month (PLA)

This week Beijing released its preliminary trade data for 2020. As expected, when the global economy slammed to a halt last winter, exports from the countries Eurasianet covers nosedived. And even as China’s economy started to pick up again in the second half of the year, the data offer little comfort for the Caucasus and Central Asia.

In dollar terms, China’s imports from Kyrgyzstan and Tajikistan fell about 47 percent each year-on-year. The value of its purchases from Turkmenistan and Uzbekistan dropped 30 percent.

While most large countries expect to post contractions, China claims 2.3 percent growth in the year overall, aided by a return to normal output in the last quarter.

But commodity prices did not pick up, keeping export revenues depressed in the Caucasus and Central Asia. This chart shows the percent change to Chinese imports from the eight countries in our coverage region over the last three years along with the global average.

These measurements hide the volume of trade – especially in distant Armenia, Azerbaijan and Georgia, where the notable growth posted in 2019 conceals small amounts; one big deal can significantly alter the rate. For example, though Azerbaijan's turnover with China in 2019 grew an astonishing 127.5 percent, it totaled a mere 6.8 percent of Kazakhstan’s.

So who does the most business with China? The following charts show turnover relative to each of the eight countries Eurasianet covers. Consider this: In 2019, Tajikistan (GDP $8.1 billion) and Azerbaijan ($48 billion) enjoyed about the same amount of trade with China. One key difference is that, at least according to the way Beijing counts, Tajikistan posted a massive deficit; Azerbaijan a surplus.

For most of the year, Central Asia’s energy exporters saw little reason for optimism. They will be hoping that December, as oil prices inched up, marked the beginning of a trend: