Panic is being sown by trouble-making social media users. 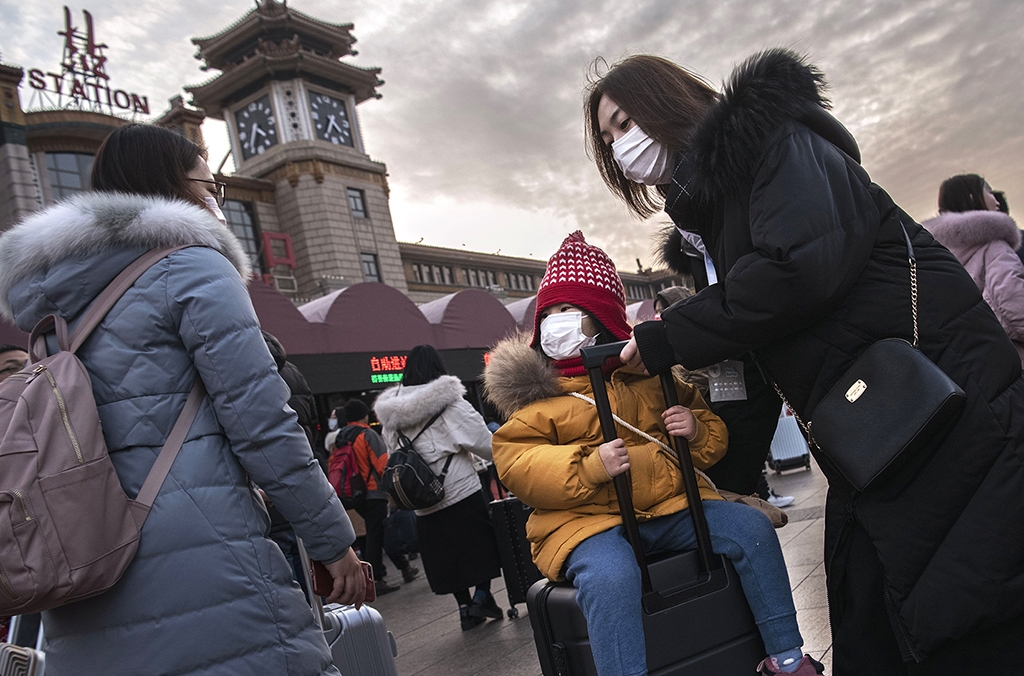 China is pulling out all the stops to deal with its coronavirus outbreak. (Photo: World Health Organization)

A deadly Chinese virus is spreading panic through Central Asia’s online space – and infecting the region’s governments with a rare sense of urgency.

So far, none of the five countries of Central Asia have had a confirmed case of the flu-like coronavirus that has caused over 100 deaths in China since the start of the year. Most of the fatalities have been in or close to the epidemic’s locked-down epicenter in the Chinese city of Wuhan, but cases have already emerged in Europe and North America.

The worst symptoms of the disease initially passed to humans from animals affect the respiratory tract, causing what the World Health Organization describes as “bilateral lung infiltrates.” Other effects are more typical of the common sort of flu – feverishness and weakness. Many of the casualties have been elderly. The WHO has stopped short of declaring a global emergency despite China acknowledging over 4,500 cases.

In Central Asia, the coronavirus is already looming large in the public imaginations in countries that have little experience of managing epidemics. Authorities’ reassurances that all is under control – even typically reclusive Turkmenistan has announced it is stepping up medical and sanitary checks – have had mixed effects.

Officials in Kazakhstan have been hyperactive in their attention to the virus. Health Ministry officials said on January 28 that eight Kazakh citizens that returned from China in recent days were being treated in hospitals with high temperatures. One, a female patient born in 2003, was hospitalized with a temperature of 37.4 degrees Celsius, short of most definitions of a fever. Minister Yelzhan Birtanov has pledged updates on the status of the patients over the coming three days.

These revelations followed an emergency meeting of the Cabinet over the weekend resulting in the suspension of a 72-hour visa waiver enjoyed by transit passengers from China. The government also closed the Kazakh side of a flagship shopping zone at the Khorgos border crossing which the two countries share. Kazakhstan’s deputy foreign minister said that Chinese seeking full tourist visas will now have to provide medical certificates.

Images of state medical workers donning face masks and full-body protective gear in training for a potential outbreak have done more to agitate than pacify the public, however.

Factcheck.kz, the Kazakh branch of a network of donor-funded fact-checking websites, reported a slew of online misinformation citing the photos as evidence that Kazakhstan had joined the dozen or so countries to which the virus has spread.

Impoverished Kyrgyzstan and Tajikistan, the other two Central Asian countries that border China, have also been inundated with disease-related rumors.

In Tajikistan, major carrier Somon Air was moved to deny the claim of a website reputed for fake news that a passenger flying to Dushanbe from China had died on the plane after contracting the virus.

In Kyrgyzstan, photos of those same Kazakh medical workers in training were doing the rounds on WhatsApp.

Once again, the context of the images was skewed to fit an alarmist narrative.

These two republics in particular, with their health systems in a state of advanced decay, would struggle to cope with a sudden outbreak of disease. Fortuitously, their land borders with China are closed at present. These closures and the cessation of most flights between the two countries’ capitals and Urumchi, were very much Chinese initiatives. Beijing regularly imposes such measures during the period marking the Lunar New Year when security is heightened.

Ilich Marsbek uulu, an official in Kyrgyzstan’s Agriculture Ministry, said his ministry would decide whether or not to re-open the border on February 1. But he noted that there were few countries other than China from which Kyrgyzstan could import goods such as citrus fruits and expressed confidence that the virus would not compromise the safety of incoming food.

The Wuhan flu outbreak has drawn comparisons with SARS, another China-born virus that caused nearly 800 deaths across eight countries and fed world headlines for months in 2002-2003, while avoiding Central Asia. It seems so far unlikely that the new virus will prove as potent – SARS killed almost a tenth of those who contracted the disease.

But some health experts have argued the coronavirus could be more contagious, and many believe the real number of cases is many times higher than Chinese estimates.

Such projections complicate the emotive question of how to handle the return of well over a hundred nationals from the region who are currently trapped in the Wuhan quarantine. Both Kazakhstan and Uzbekistan have said they are drawing up plans to evacuate theirs – mostly students studying at universities in the city of 11 million.

But Kazakh Foreign Ministry spokesman Aibek Smadiyarov noted on January 27 that China is not hurrying to process Nur-Sultan’s request, even as other countries make plans to bring citizens home this week. “The Chinese authorities have shut down Wuhan and they are not letting anybody out,” Smadiyarov said January 27.